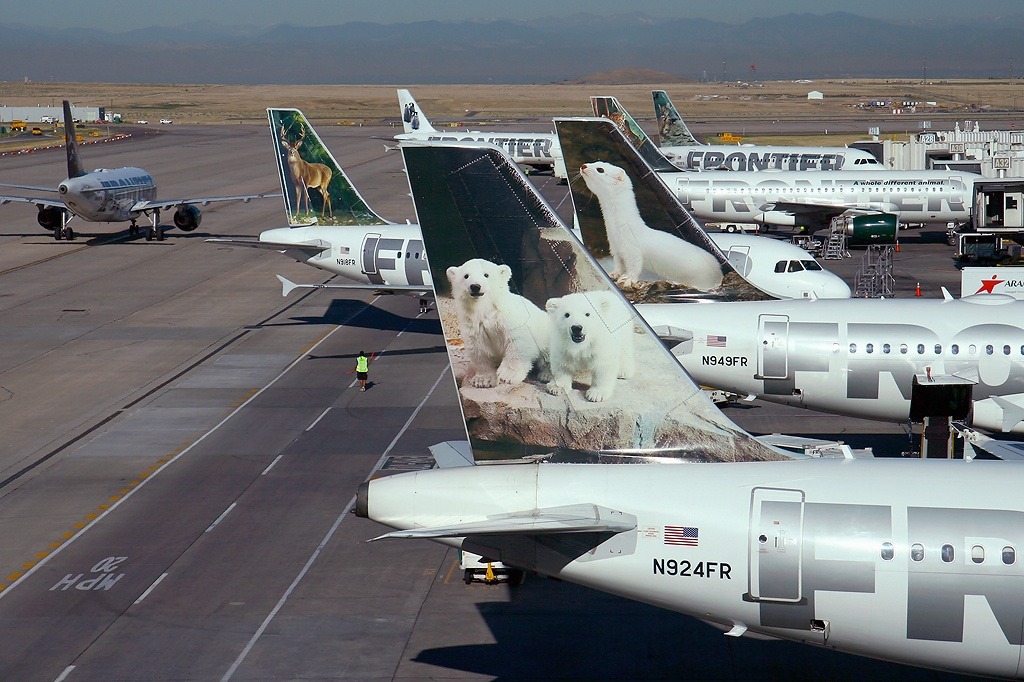 LONDON – Frontier Airlines, a US based ULCC leader has announced today that it is assured to claim top spot at US ULCC market share as it highlighted its strong foundation and the significant growth opportunities ahead as a standalone company.

Commenting on this, William Franke, Chair of Frontier’s Board of Directors and the managing partner of Indigo Partners, which holds majority stake in Frontier Airlines said that:

“While we are disappointed that Spirit Airlines shareholders failed to recognize the value and consumer potential inherent in our proposed combination, the Frontier Board took a disciplined approach throughout the course of its negotiations with Spirit.”

“We were focused on offering the appropriate value for Spirit, while prioritizing consumers and the best interests of Frontier, our employees and shareholders. As we enter our next chapter, Frontier remains well-positioned to deliver significant value to our shareholders as we serve the growing demand for affordable air travel.”

Frontier Airlines is poised to claim the spot due to its strong foundation and clear plans to steer its strategy around long term value in sector like leisure segment, where Frontier flights have captured a sizable market share.

The carrier is positioning itself to capitalise on leisure demands it is on recovery trajectory in post-Covid phase. Frontier being an ULCC, has been leader in this value sector, as more than 90% of the US airline industry is burdened with more than 35% higher unit cost.

It is well determined that Frontier will claim its top position as ULCC leader in the US markets, as it is expanding with emphasis on reaching more leisure markets with industry leading unit cost, profit per plane and cash generation.

With the second value point, Frontier Airlines has maintained its ‘America’s Lowest Fare’ mark along with lowest cost airline tag. In 2019, the carrier has offered lowest average fare per domestic journey if US$54 compared to that of legacy carrier where average fare was US$202.

With today’s announcement, carrier is planning to sell staggering one million passenger seats with fare starting from US$19. It is evident that carriers focus on leisure traveller market requires no change in fare levels to gain profitability as US leisure tourism market has fully return to that of pre-pandemic levels.

With the youngest, most modern and fuel-efficient fleet of more than 100 Airbus A320neo, Frontier is determined to serve the oncoming demand, along with robust order of 244 aircrafts in the making to support its growth plans.

The average age of Frontier’s fleet is 4 years, thus assuring fuel efficiency and cost saving additions, as compared to that of other big four US carriers.

Another strong factor Frontier is banking on is the sustainability issue, as it is determined to continue its identity as America’s Greenest Airline and set the new industry standards for fuel efficiency. Frontier has asserted that it has gone 43% more fuel efficient than any other US carrier compared, with more fuel-efficient technology, lean and green seats, flying lighter and inflight changes.

The carrier also asserted its willingness for innovation to push its high environmental standards even higher. This includes, lightweight seats, which result in a 30% reduction in weight to lower the environmental impact of each flight.

Furthermore, Frontier has expressed its commitment to retain and expand its workforce and willingness to continue to expand capacity and add new routes as to become a standalone airline, thus creating additional jobs across the company.

Frontier has also acknowledged that it has a best team in the industry and is focused on expanding opportunities for Team Frontier and their future employees.

Despite the fact the Spirit Airlines merger with JetBlue could have threatened the ULCC position of the Frontier, a strong balance sheet has created a catalytic reaction of Frontier’s future growth.  With a capital allocation imposed during pandemic, carrier has emerged with a strong cash a liquidity position. T

The airline’s goal is to continue focusing on delivering profitability and cash generation, while adhering financial flexibility to capitalise on near-and long-term growth opportunities, which also includes fleet expansion, workforce and its network, added the press note.

Concluding the statement, Mr. Barry Biffe, President and CEO of Frontier said that “As we continue to see a rebound in leisure travel, we have never been more confident in our strategy and prospects than we are today.”

“Frontier remains America’s lowest-fare, lowest-cost airline that features the industry’s youngest, most fuel-efficient fleet, a robust order book, and a strong balance sheet. With the price-sensitive segment projected to grow, we are just getting started.”

“In fact, today we are announcing a blockbuster sale – offering one million seats from $19.00, underscoring our commitment to delivering Low Fares Done Right. No one is as cheap as Frontier.”

“Looking ahead, we’ll continue to expand capacity and add new routes as America’s ultra-low-cost airline, and we look forward to creating new jobs and welcoming future employees to Team Frontier.”