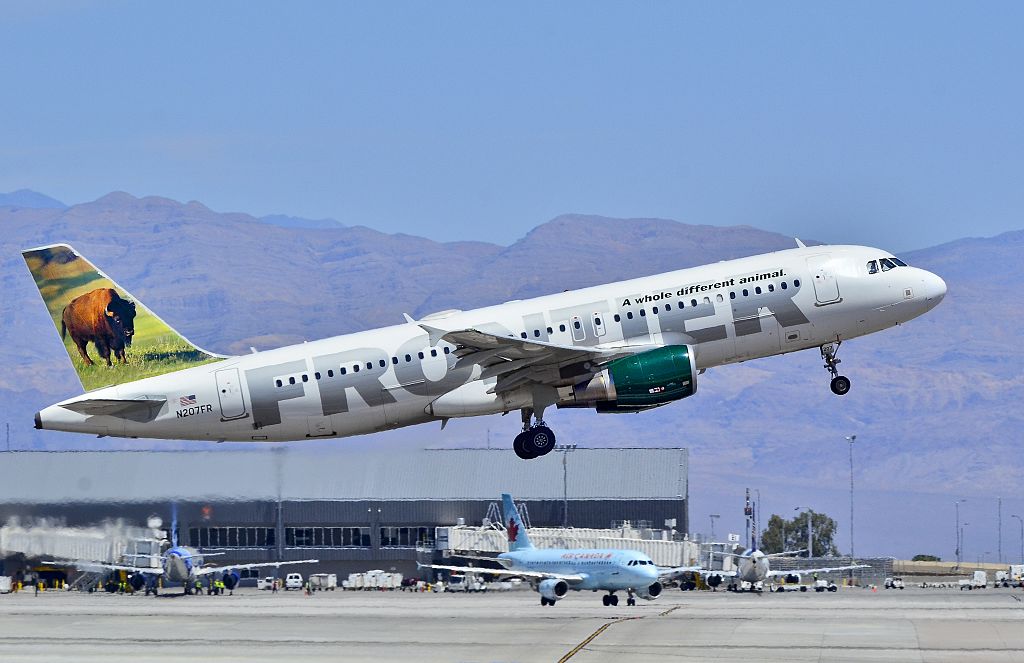 LONDON – On 27 July, Frontier Group Holdings announced its daughter company Frontier Airlines’ positive financial results for the second quarter of 2022 and outlined its short-term fiscal and business plan for remainder of 2022.

The airline delivered a total operating revenue for the second quarter of 2022 at USD $909 million, which is impressive considering this is higher than the corresponding pre-pandemic quarter in 2019 by 43%.

Ancillary revenue per passenger during the announced quarter was $74.96 or 33% higher than the corresponding quarter in 2019. This also contributes to a 29% increase in revenue per available seat mile (RASM).

Nevertheless, the sharp rise in supply like fuel which hovers at  $4.41 per gallon, indeed dampened aircraft utilization. The total operating revenue thus for this second quarter was $909 million, along with a net income of $13 million and an adjusted (non-GAAP) net income was $20 million. EBT or Earning before taxes for this quarter were at $8 million.

For the upcoming third quarter, the company expects to achieve the highest ever revenue with RASM growth of more than 20% against the same quarter of 2019. Frontier has every reason to be optimistic about the upcoming quarter, as the airline’s capacity is also expected to grow 8 to 10% versus the 2019 quarterly.

Henceforth, full-year seat capacity is expected to grow 12 to 15% respectively. Moreover, the margin for pre-taxation is expected to hover between 1% to 5%.

“Results this quarter reflected exceptionally strong demand for affordable airline travel as we realized record revenue growth compared to any pre-pandemic quarter and record high ancillary revenue of $75 per passenger, both of which contributed to Frontier’s first profitable quarter on an adjusted basis in over two years.”

“The demand environment is strong going into the third quarter, and we continue to focus on generating profitable growth in the business for the balance of 2022 and beyond.”

“I’m also very proud of Team Frontier, which has achieved strong operational performance with a 99 % completion factor for the month of June and over 99 % for the Fourth of July holiday week.”

Frontier has had a good second quarter. As has been mentioned the achieved revenue of $909 million is a major milestone for the airline. The airline also expanded its route network to and from Las Vegas, Buffalo, Baltimore, Hartford, Houston, Kansas City, Tampa, Cancun, Montego Bay and San Juan.

The airline concluded its second quarter of this year with $766 million of unrestricted cash and cash equivalents. In addition, Frontier’s access to liquidity has been improved via its co-brand credit card programme, which is on similar debt financing initiatives also used by other airlines.

The second quarter of 2022 was light years away from the covid era, at 7,594 million average seats per mile or ASM, this is 10% higher than the same quarter pre-pandemic. Despite the increase in supply costs, aircraft utilisation was at 10.9 hours per day, which is lower than expected as 2019 levels were slightly higher. Cabin load factor nevertheless remained strong at over 84.1%, which is a 10% improvement from the previous quarter.

Total operating expenses for the second quarter of 2022 were at $902 million, this includes the $9 million in transaction and merger costs. The now-infamous merger story with Spirit airlines reportedly cost the airline $1 million, which went to contract ratification incentive for the company and $7 million more in asset impairment.

Disregarding those two one-off costs, the total operating cost was at $885 million.

Cost on a unit basis, the available cost per seat mile or (CASM) was 11.87 cents in the second quarter, which is substantially higher compared to the same quarter of 2019 at 7.80 cents. This is attributed to the lower average daily aircraft usage, labour cost inflation and the increase in fuel prices.

The airline nevertheless expected costs on a unit based to improve as it normalises services as operations are nearing pre-pandemic levels.

As of the end of the second quarter, the airline has a total fleet of 114 Airbus aircraft, which comprises 78 A321neos, 15 A320ceos and 21 A321ceos. All of their fleets are financed with all of their lease agreements expiring between 2022 and 2034.

With a modern fleet, Frontier is one of the most efficient airlines in the country, on the basis of ASMs per fuel gallon used. The airline welcomed three A320neos during the quarter and has four planned jets coming in next quarter and another 8 coming in the last quarter.

Moreover, Frontier has also made commitments to acquire newer aircraft worth 229 jets with deliveries to be slated between now and 2029. These aircraft include 71 A320neo and 158 A321neo aircraft.

The airline shows a positive financial record, with better cash flow, an increase in capacity and the number of passengers flown. But like any other airline, it is struggling to keep its operational cost down due to the oil prices and labour shortages.

This does not allow the airline to fully utilise its aircraft, which fell below 2019 levels. Frontier still thrives to become one of America’s most efficient and environmentally friendly airlines, as it phases out older versions of its A320s.