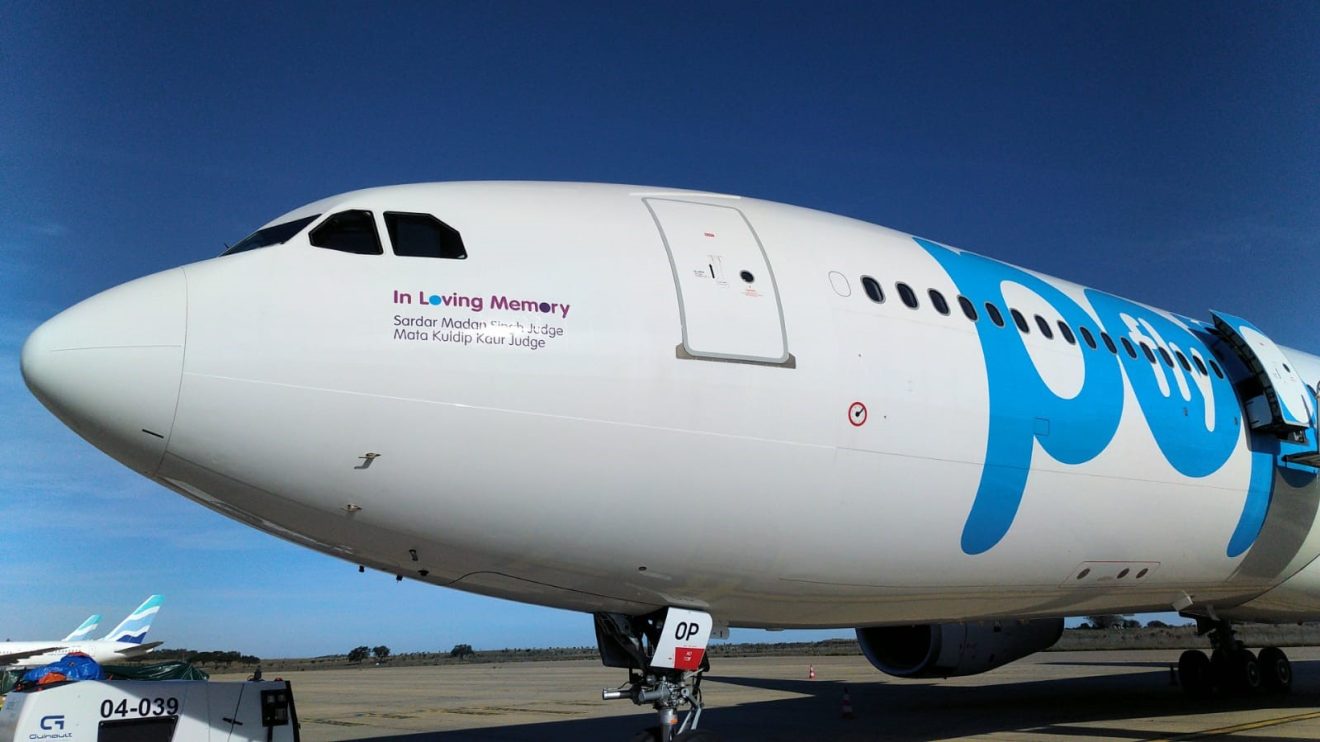 LONDON – flyPOP’s first Airbus A330 landed at London Stansted over the weekend, marking one step closer to the carrier’s commercial operations.

As seen in the video above, 9H-PTP made its first landing at the airport in the new colors.

The airframe is around 8.7 years old at the time of writing, having started its life out with Cebu Pacific in June 2013 as RP-C3341.

It was withdrawn from use in July 2020 and was placed into storage in Alice Springs, Manila, and subsequently Malta Luqa between then and December 2021.

The aircraft was only re-registered to 9H-PTP this month with Hi Fly Malta before handing it over to flyPOP via a leasing arrangement.

Hi Fly Malta will operate the jet on the carrier’s behalf.

flyPOP will be ready to rock hopefully in this quarter, with the airline focusing mainly on the South Asian diaspora in the likes of Abbottabad and other destinations.