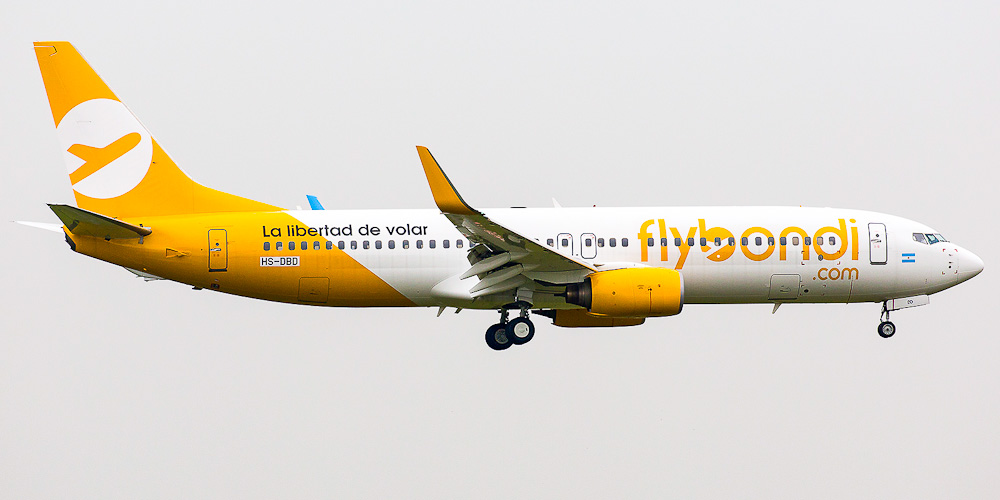 LV-KCD was first delivered to Kenya Airways in December 2006. The African carrier flew the narrowbody until 2015 until Jeju Air received it and flew with it until last year.

Flybondi has a fleet of five leased Boeing 737-800NG aircraft equipped with 189 economy seats. LV-KCD is the fifth aircraft to join the Argentinian airline, with Flybondi expecting to receive a sixth plane next month.

Mauricio Sana, Flybondi CEO, recently said in a statement: “We want to double the number of passengers who fly with us today, and for that, we will add twice as many aircraft to our fleet in the next six months, in addition to new international and national destinations and more frequencies.”

Sana added: “This plan will allow us to hire 450 people, creating new jobs in the industry. We are convinced, as we have since the first day, of our purpose: that all people have the freedom to fly, with the best rates on the market and with an excellent service.”