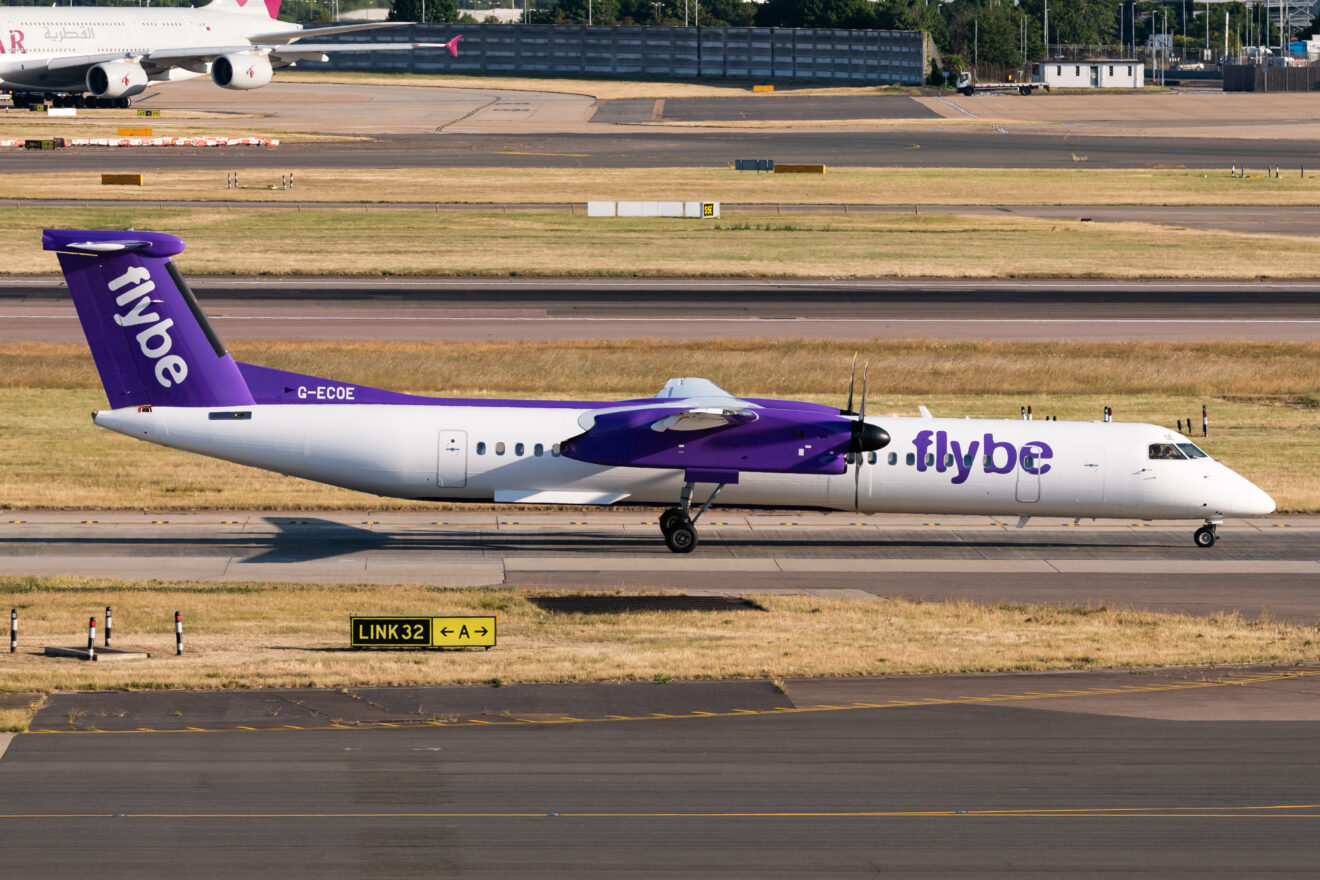 OSLO – UK-based Dash-8 operator Flybe (BE), has announced that they will start flights between Birmingham (BHX) and Geneva (GVA), “the gateway to the alps”, as a part of their winter program for the 2022/23 season.

The newly re-launched Flybe (BE) seem to meet the winter season with good hopes in mind, and their expansive winter schedule says no less.

With new routes from Newquay (NQY) and Geneva (GVA), higher frequencies on flights from Heathrow (LHR), Amsterdam Schipol (AMS), and Belfast (BFS), Flybe is ready to enter the winter with grace!

With the already massive winter network, comes the announcement of the airline starting flights between Birmingham (BHX) and Geneva (GVA).

The flights are set to be operated two times weekly, on Saturdays and Sundays, from December 17th. The flights will not operate on Christmas Day.

Flybe CEO, Dave Pflieger, said the following on the announcement:

“We’re delighted to be able to further build on our schedule by adding this fantastic new destination to Flybe’s winter schedule. Birmingham Airport is our home base, with flights operating to a host of other destinations, including Belfast and Amsterdam.

We are committed to providing consumers with more choice, everyday great value, and more ways to connect to the people and experiences that matter.”

The past and the current

Those who know Flybe from earlier years will associate the airline with what it was from 1979 to 2020 when it ceased operations.

Known as “Jersey European Airways” in its very early days, FlyBe was the biggest independent regional airline in Europe, which in its last days, operated a fleet of 54 Bombardier Dash 8-Q400s, and 9 Embraer E175s.

FlyBe also operated Embraer E195s, though the last of their E195-jet was removed in late February of 2020.

FlyBe operated on short-haul services in the UK, to Ireland, and continental Europe, such as Amsterdam Schipol (AMS) and Vienna (VIE).

With the airline already struggling, the impacts of the Covid-19 pandemic did not do them any better. FlyBe filed for administration and ceased operations in March of 2020, after almost 41 years.

Later that year, in October 2020, a company named Thyme Opco, reached an agreement with the administrators to buy the Flybe brand and relaunch the airline in 2021.

The new Flybe received its Air Operating Certificate (AOC) in April of 2021. In addition to this, they also received slots both to and from, their Birmingham (BHX) base.

In October of the same year, Dave Pflieger, the ex. Ravn Air, Fiji Airways and Silver Air CEO, was appointed to take the role of the Chief Executive Officer of Flybe.

Fast forward to 2022, Flybe recommenced operations on April 13th, on the flight between Birmingham (BHX) and Belfast (BFS).

As of today, Flybe operates a fleet of just 5 Bombardier Dash 8-Q400s