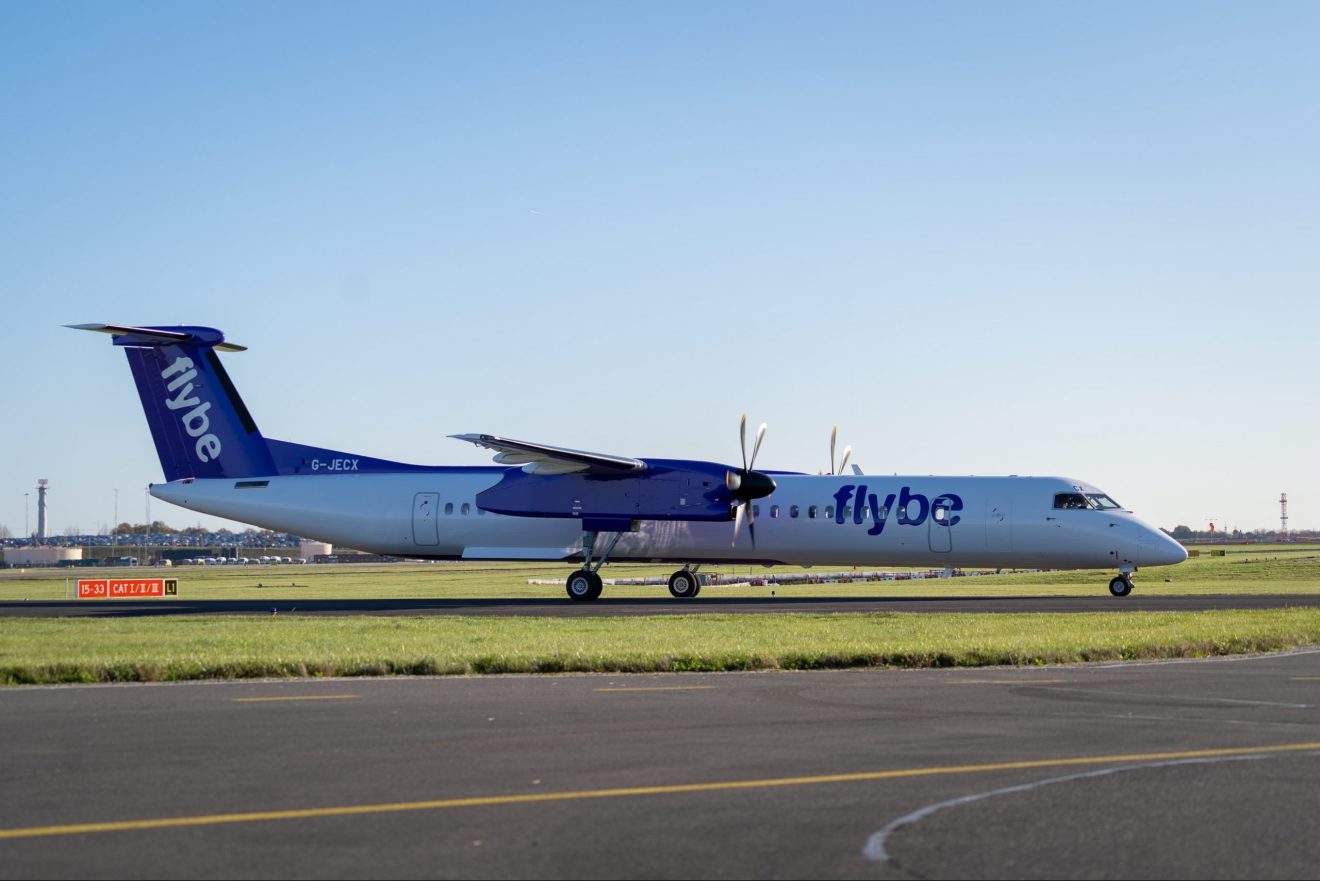 LONDON – The new and reinvigorated Flybe has officially launched today with its inaugural flight departing from Birmingham Airport to Belfast City Airport.

BE404 departed Birmingham at 0910 local this morning on its short 55-minute hop to the Northern Irish airport.

G-JECX was the De Havilland DHC-8-Q402 Dash 8 that operated the inaugural flight, with that aircraft also being in the old Flybe as well.

A Big Day for Flybe…

Commenting on the inaugural launch was Flybe CEO Dave Pflieger, who expressed how much of a big day this is for the carrier:

“Today is a big day for everyone at Flybe. After a year of incredibly hard work, we are thrilled to have our fast, quiet, and fuel/CO2 efficient Dash 8-400 (Q400) aircraft back in the sky connecting customers to two of the UK’s premier regional cities.”

“Over the coming weeks and months, our flight schedule will further ramp up as we take delivery of additional aircraft and serve other new destinations from Birmingham including Amsterdam, Avignon, Brest, Edinburgh, Glasgow, and Aberdeen.”

“I am thrilled to see Flybe back again. With Covid travel restrictions lifted and many thousands of Britons taking to the skies once more, I am confident we’ll see strong demand for Flybe’s core UK, Dutch and French routes.”

More Work to Do…

Now that the carrier is in the skies again, the carrier’s work can now begin with relinquishing the market share that it used to own when Flybe 1.0 went bust a few years ago.

Flybe 2.0 will now head into competition with the likes of easyJet, BA CityFlyer, and Loganair amongst others in the UK regional market, which will offer more of a competitive price war going forward.

However, the airline does seem to be hitting the ground running, with the following routes due to launch, according to UK Aviation:

With a big series of routes due to be launched between now and throughout the Summer period, it shows how expansive the growth plans are going forward.

Flybe has re-launched services at a good time, especially when the UK in particular is seeking to look away from the COVID-19 pandemic.

However, one issue that it may have is the cost of fuel, especially with the Ukraine Crisis exacerbating some of the problems, resulting in other carriers considering fuel hedging.

Now, this may not affect Flybe as much, but the larger it becomes, the more it will have to think about this.

But for now, let’s focus on one amazing fact: One of the UK’s well-known regional carriers is back in the air once again, and hopefully it will not go under ever again.