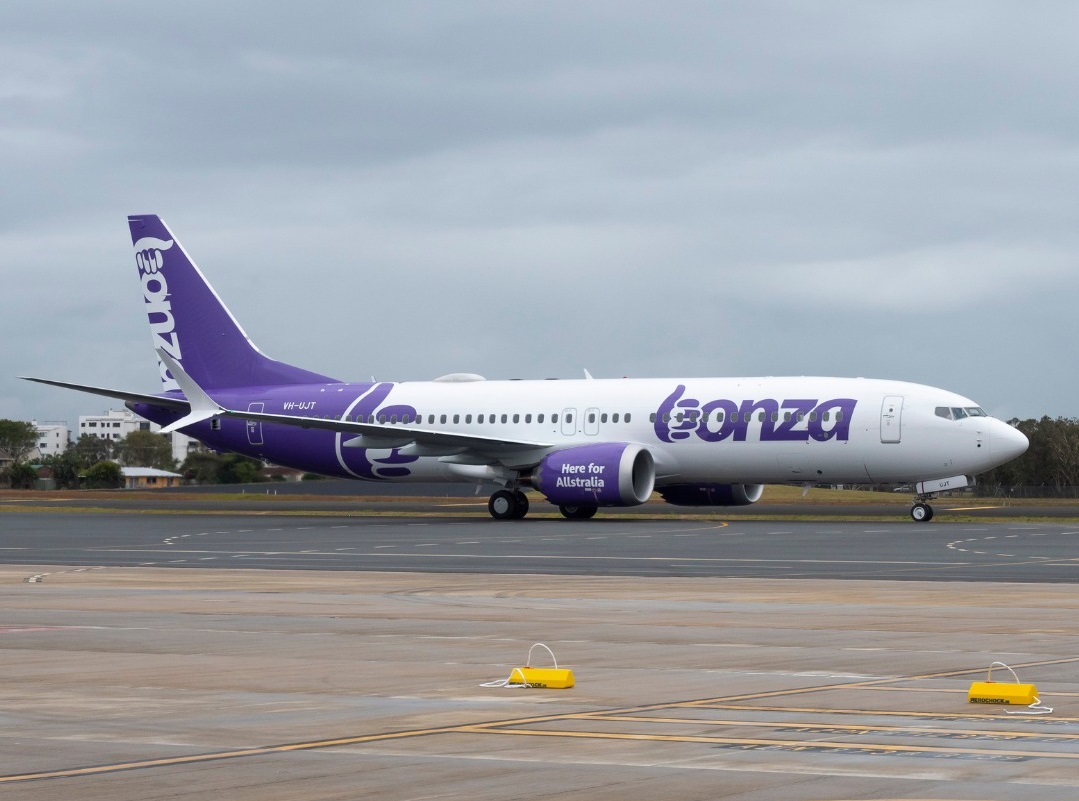 Finished in its full Bonza livery, the aircraft bearing flight number AB 001 made the transit from Seattle via Honolulu and Nadi, to touch down at YBSU in the eastern state of Queensland earlier today.

Speaking on the occasion of the new arrival, CEO of Bonza, Tim Jordan said:

“We are beyond excited to welcome our first aircraft to Sunshine Coast Airport and with so much buzz around the country for Bonza, we hope today is also exciting for the communities we’ll be flying to.”

“Our team of legends have been working hard behind the scenes to reach this significant milestone and so it was important that we were all here to welcome flight AB 001 together.”

“We are now one important step closer to connecting more Australians with convenient low-cost travel options to more destinations for holidays and to visit loved ones.”

It is understood that the 737 MAX will be utilised as the fleet’s spare aircraft. To enter into the spirit of the occasion, Bonza invited people to participate in the naming of the new aircraft by visiting the airline’s Instagram or Facebook pages.

Sunshine Coast Airport was named as the primary base and head office location for the new airline in a statement made by the airport earlier this year. Bonza will officially become Australia’s only independent low-cost carrier.

In true Aussie spirit, it was dubbed as “Bonza’s Backyard” –  Bonza are set to operate 37 flights per week on 12 routes from the Sunshine Coast, nine of which have never been serviced out of the Sunshine Coast previously.

According to proposed scheduling issued earlier this year, the flight frequency for the airline is as follows:

The new airline set the tone of their operation early with the news that it would adopt an informal, casual look for its flight and cabin crews. Staff were encouraged to let their own style and personality show though, and this will perhaps resonate with passengers and patrons in the relaxed land Downunder.

Exciting times in Australian aviation, after a long period of stress and restrictions. All that’s left to say is “Onya! Bonza, mate”