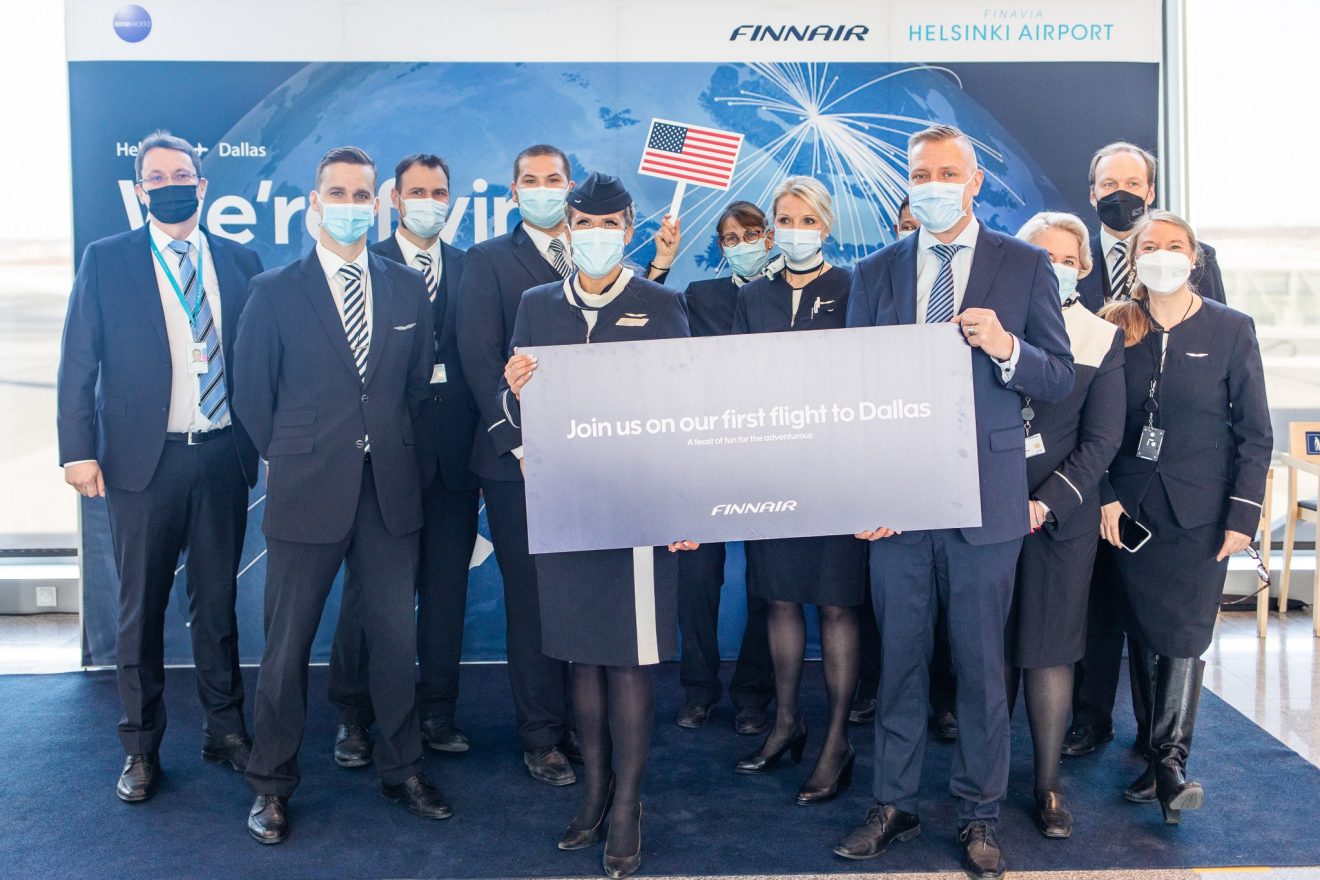 LONDON – The weekend saw Finnair inaugurate its new destination addition to the United States, being Dallas Fort-Worth from Helsinki.

The carrier had a ribbon-cutting ceremony before AY19 departed bound for Dallas.

Upon its arrival, OH-LWD received what Dallas Fort-Worth considers the “Shower of Affection” water cannon salute upon arrival.

Data from RadarBox.com shows that the aircraft departed at 12:45EEST, around 20 minutes late, before making the time up and landing 10 minutes ahead of schedule at 14:55CDT.

OH-LWD departed Dallas at 16:55CDT that same day for the return flight back to Helsinki, with AY19 next expected to head there again on March 29.

With options for the carrier to operate eastbound being limited, the Dallas inaugural represents a step in growth on the other side of the world.

The airline has been through a lot due to the Ukraine crisis, with Russian airspace closed to the carrier.

Finnair has made the most out of the airspace closures by operating polar routes to the likes of Tokyo and other destinations.

Significant Issues Ahead for Long-Haul Network

A large chunk of Finnair’s revenue comes from Asian destinations.

The carrier did say that services to Bangkok, Phuket, Singapore, and Delhi are still in operation, but are significantly rerouted to avoid Russian airspace.

Such access to Russian airspace is a key selling point for Finnair, which boasts the fastest flights between Europe and Asia thanks to a bilateral agreement that allows the airline to fly over Siberia.

Because of this, Finnair flies some 80 routes through Russian airspace per week.

Before the invasion took place, Finnair’s CEO Topi Manner believed that “the Asian market [will] open towards the summer”, although this guidance will probably change looking ahead.

Shares in the carrier fell 25% yesterday as the carrier said any Russian airspace closure would notably hurt its air traffic between Europe and Asia, which plays an important role in its network.

Asian traffic accounted for just under 40% of Finnair’s revenue last year, meaning this would throw Finnair off the cliff edge the longer that this crisis goes on.

Whilst it does have significant operations Westbound, Asia is where it’s at for Finnair.

We shouldn’t put too much of a dampener on Finnair’s inaugural out of Dallas today.

This is because of the resiliency of the carrier. No matter what cards it is dealt, the airline has been relatively silent and has chosen to just get on with it.

It will be interesting to see how much longer the disruption will take place for Finnair, but in the meantime, they are doing the best with what they have got.