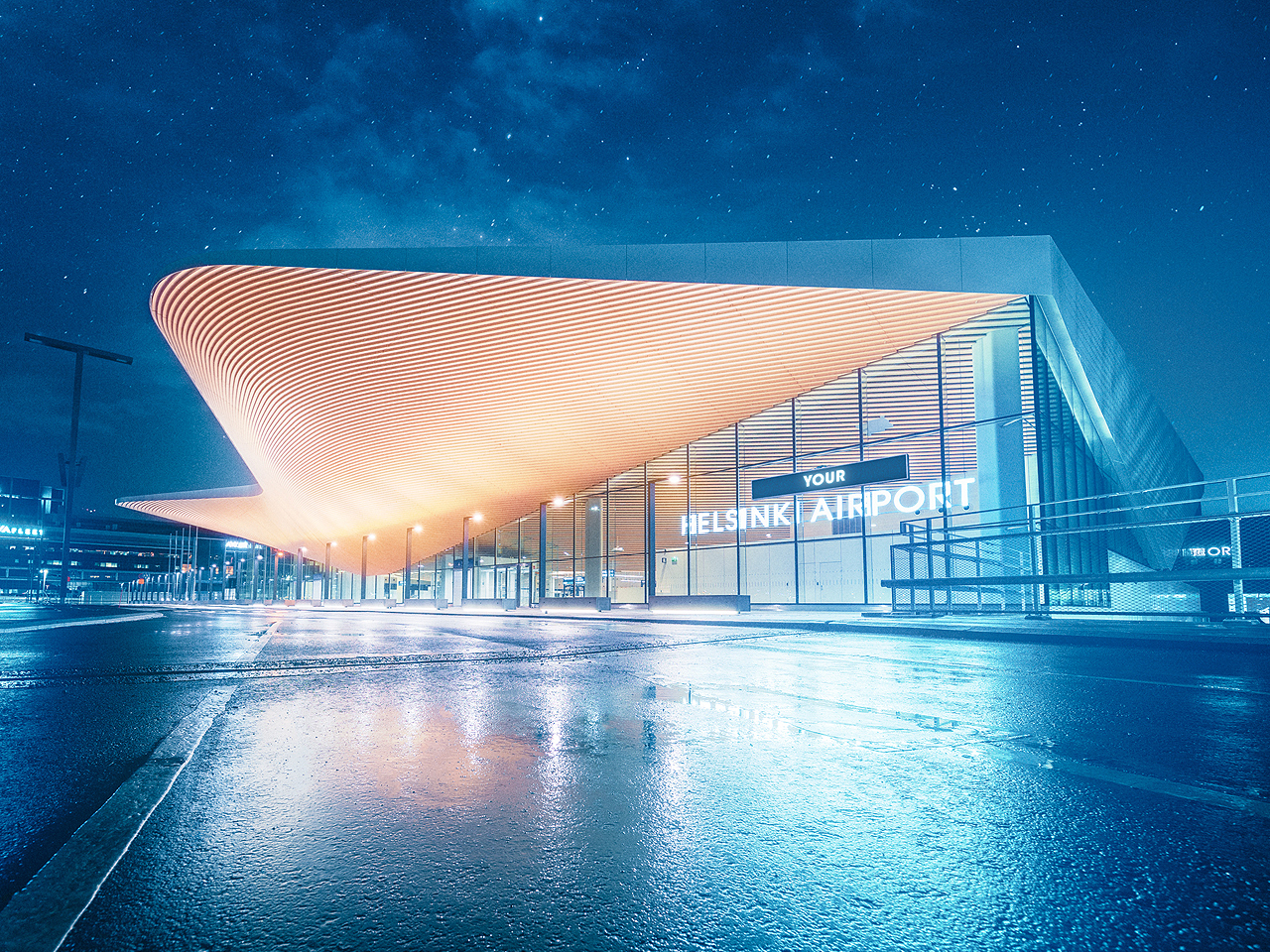 With a single terminal from June 21, getting around the airport is easier. It also makes life easier for those who meet or escort passengers.

The services are concentrated under one roof, making them more accessible than before.

We are turning over a new leaf in the history of Helsinki Airport, as departing and returning passengers will henceforth be served in our new, magnificent terminal. Passengers will no longer need to think about which terminal they will depart from or arrive at

It is now possible for cars and taxis to drive directly in front of the main doors to drop off passengers. There is lift access from the train station and the new parking garage P1/P2 to the terminal.

The other car parks and the short-term parking for people receiving passengers are also just a few minutes’ walk from the main doors of the terminal. The bus station and the bike parking area are also right in front of the entrance doors to the terminal.

Terminals 1 and 2 and the corridor connecting them will be taken out of use. The old departure and arrivals halls will be closed and converted into passenger and staff areas.

The last time Helsinki Airport operated in one terminal was almost 30 years ago. At that time, the terminal in use was the first actual passenger terminal that opened in 1969 and was later expanded in 1983

Approximately 15 years later, an airline-specific terminal division was implemented and Terminal 1 and Terminal 2 were introduced. Helsinki Airport was originally opened for the Helsinki Olympics, 70 years ago.

More services than before

During the spring and early summer, a number of new services have been launched at Helsinki Airport, including a 24/7 Alepa, the beloved Moomin Shop, and the Plaza Premium Lounge, which offers lounge, meeting, hairdressing and beauty services.

The Balmuir and Marimekko shops, which are located in the gate area immediately after the security control, are also new.

Our nearly 10-year development programme is nearing completion. Work at Helsinki Airport will be finished next year, when a new baggage claim hall will be put into service. Construction sites can still be seen throughout the terminal, as a few new points of service are under construction

Electronics and bags containing liquids can be left in hand baggage

As part of the Helsinki Airport development programme, Finavia has acquired state-of-the-art technology for the airport’s new security control.

Thanks to the new scanning and liquid analysis equipment, passengers will no longer have to remove from their hand baggage electronics and bags containing liquids.

The new security control technology at Helsinki Airport means that laptops, phones or large SLR cameras, for example, no longer need to be taken out of carry-on bags or hand baggage. The plastic bags, in which containers of less than a hundred millilitres of liquid must be packed, can also remain inside hand baggage

Doubling the capacity will speed up the service at security control, as will the new automated lines.

The new spacious premises of the security control enable passengers to take the time they need to prepare and pack their luggage.

The architecturally stunning main entrance leads passengers to the departures hall. ndulating wooden roof makes an impression at first glance. During the day, the space bathes in natural light flooding in through huge windows.

One of the goals was to restore a sense of adventure and romance to air travel.

The architecture is inspired by classical Finnish design, such as Tapio Wirkkala’s Ultima Thule and geographical contours. The design of the roof plays with the alteration of lightness and heaviness.

The tallest passengers may even be able to touch the ceiling at its lowest parts.

The roof made in Raisio is finished with true Finnish spruce. It consists of 500 unique CLT elements that have been positioned one at a time, like a giant puzzle.

It is of hope that the moves taken by Finavia will provide a more seamless experience for passengers flying in and out of Helsinki.