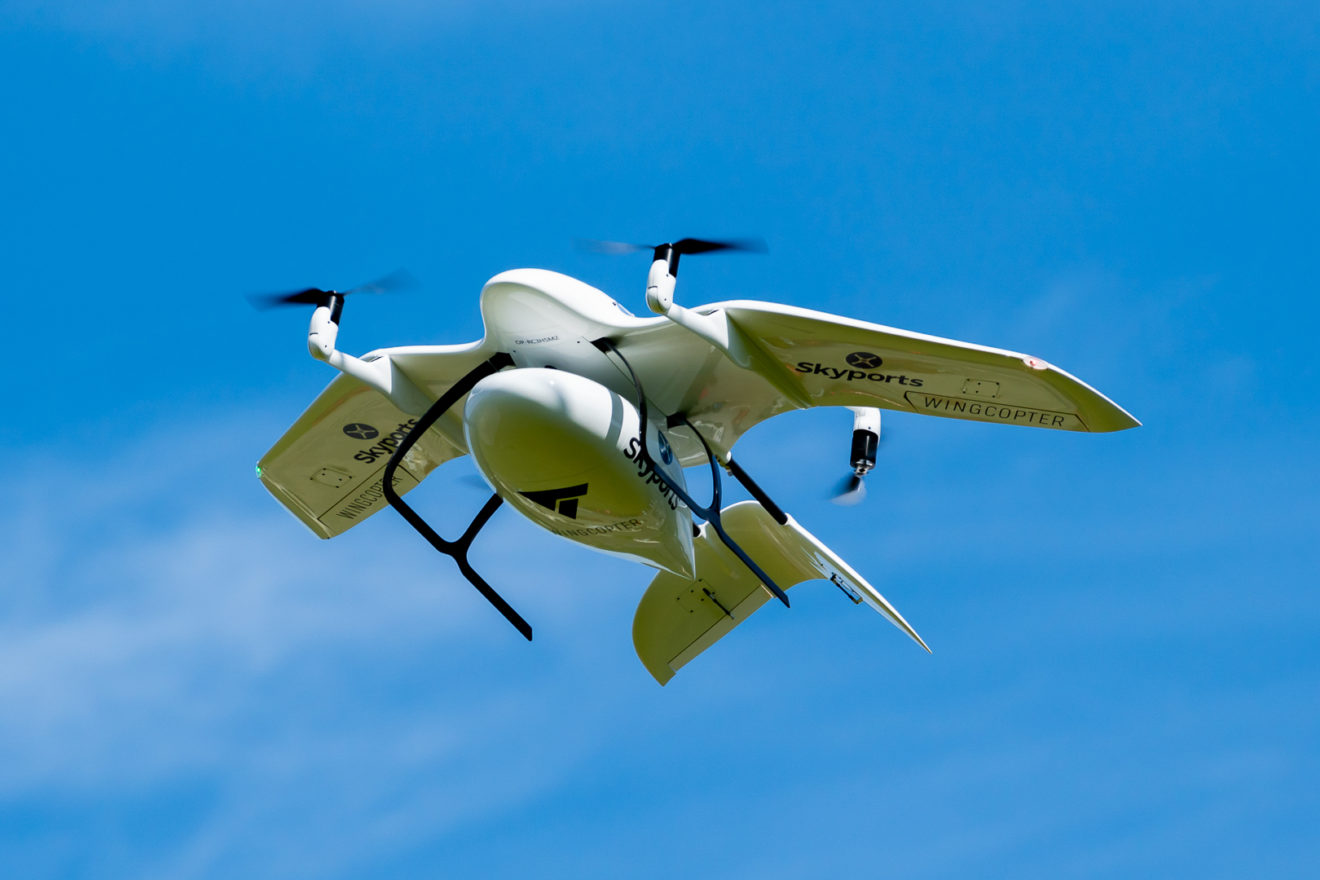 LONDON – German drone manufacturer Wingcopter has received a Special Class Airworthiness Criteria for the Wingcopter 148 from the FAA.

The company has been selected as one of the 10 drone manufacturers by the FAA to create airworthiness criteria for unmanned delivery drones back in 2020, and after a year and a half, the German manufacturer has finally received its special type certification.

With this certification, the manufacturer is able to create its drone for both humanitarian and delivery missions.

“We are proud to be among the first delivery drone companies worldwide to ever get their Airworthiness Criteria approved by the FAA”, says Tom Plümmer, Co-Founder and CEO of Wingcopter.

“This is a very important milestone for us, not only in our Type Certification Process in the U.S. but also for our international expansion efforts and for achieving our vision of building logistical highways in the sky.”

“I would like to thank my team as well as the FAA for all the effort and great collaboration to reach this milestone”.

Once the UAV is fully certified, it is able to speed up the certification processes in other countries such as Japan (JCAB) or Brazil (ANAC). The drone will also be able to fly conventional routes and overpopulated areas.

It is ultimately able to create a basis for scaling commercial drone deliveries across the US. Besides doing that, it will also be able to deliver medical supplies to the people in need, as these drones are able to do just that

Wingcopter is a German drone manufacturer founded in 2017 to create a new type of drone.

These drones are capable of fast deliveries, and they have been extensively used in countries in Africa such as Tanzania to deliver medicine and critical supplies to the Ukerewe island district.

In 2019 the company partnered up with UNICEF to deliver vaccines to remote villages on the south pacific island of Pentecost in Vanuatu. Drones have also been used to survey whales in the arctic region.

Wingcopter’s flagship drone, the Wingcopter 178 Heavy Lift (HL), has set the Guinness World Record for the fastest remote-controlled tilt-rotor aircraft in 2018, flying an average of 240 km/h.

The future once envisioned, is slowly turning into a reality.

The future where the mailman is being replaced by drones is coming to fruition.

While it certainly is not that bad of a future, it will probably be a bad future in the sense that once the postage companies such as DHL, UPS, or USPS have deployed them all, thousands of these drones could be heard flying in the sky.

There is, however, no need to do that. We could always use these drones to bring deliveries to remote areas, where it would normally be quite expensive to ship or fly them to the islands for example.

With the introduction of these drones, multiple could be sent out to deliver the package to the door. It will most likely be continued to be used for humanitarian deliveries, however, as that’s currently the biggest demand for these drones.

It better be, however, as before we start to think selfishly, these companies should focus first and foremost on developing tools to help and better the lives of people who are in dire need of medicine and other humanitarian aid.

These drones could also be effectively used in disaster areas to rescue and find any survivors if possible, as these drones could be equipped with heat-sensitive cameras to detect any human activity below the ruins.