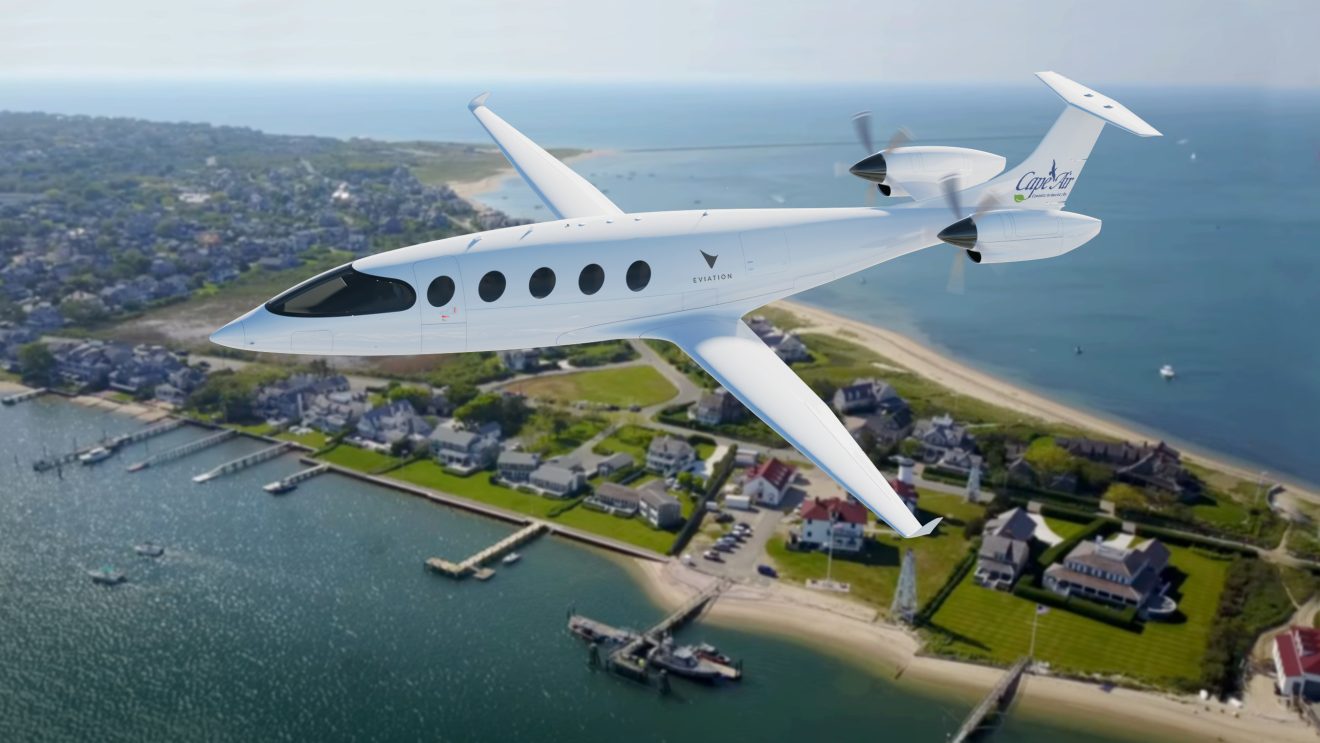 LONDON – Eviation has signed a deal with Cape Air for up to 75 Alice all-Electric commuter aircraft via a letter of intent signed by the two companies.

The Alice all-electric aircraft can sit up to nine passengers and two crew, which will accommodate Cape Air’s 400+ regional flights per day to 40 cities across the U.S and Caribbean.

Good News For Both Sides…

“Cape Air remains committed to sustainability, growth, and innovation, and our partnership with Eviation allows for these commitments to become a reality”.

“Our customers will be at the forefront of aviation history and our communities will benefit from emission-free travel.”

Also commenting on the news was Jessica Pruss, the VP of Sales at Eviation:

“Truly sustainable aviation not only reduces the impact of air travel on the environment but also makes business sense”.

“We are proud to support Cape Air, a recognized leader in regional air travel, to chart a new path in delivering innovative solutions that benefit airline operators, passengers, communities, and society.”

The Eviation Alice will offer a range of 440 nautical miles on a single charge offering a cruise speed of 250 knots.

It is understood that the market that Eviation wishes to penetrate is “in all environments currently serviced by piston and turbine aircraft”.

Cape Air will benefit from increased reliability and reduced maintenance costs due to Alice’s electric motors.

On top of this, the operating software onboard the aircraft constantly monitors flight performance, offering the potential to implement the best efficiency when flying.

As Dan Wolf, the Cape Air Board Chairman, the Alice will work wonders for the carrier:

“Cape Air has always maintained a deep commitment to social responsibility. As an early supporter of all-electric air travel, we are dedicated to leading the industry towards a sustainable future”.

“Together with Eviation, we are creating the next generation of air travel, in which electric flight will be the industry standard.”

Electric Aircraft Market Is Picking Up…

It is clear that the demand for electric aircraft is beginning to pick up, especially in the face of aviation wanting to become more sustainable.

For example, via a report released by EUROCONTROL, there are goals to be net-zero in carbon by 2050, with electric & hydrogen aircraft being at the forefront of this strategy.

Looking ahead, it will be interesting to see whether electric aircraft manufacturers such as Eviation will begin to form a presence at the likes of the Farnborough Air Show, which is coming up in July.

But for now, whilst this order is only a Letter of Intent (LoI), the number of aircraft Cape Air wants to bring into its fleet does signify the strength of this order and will no doubt be converted into a firm order in due course.