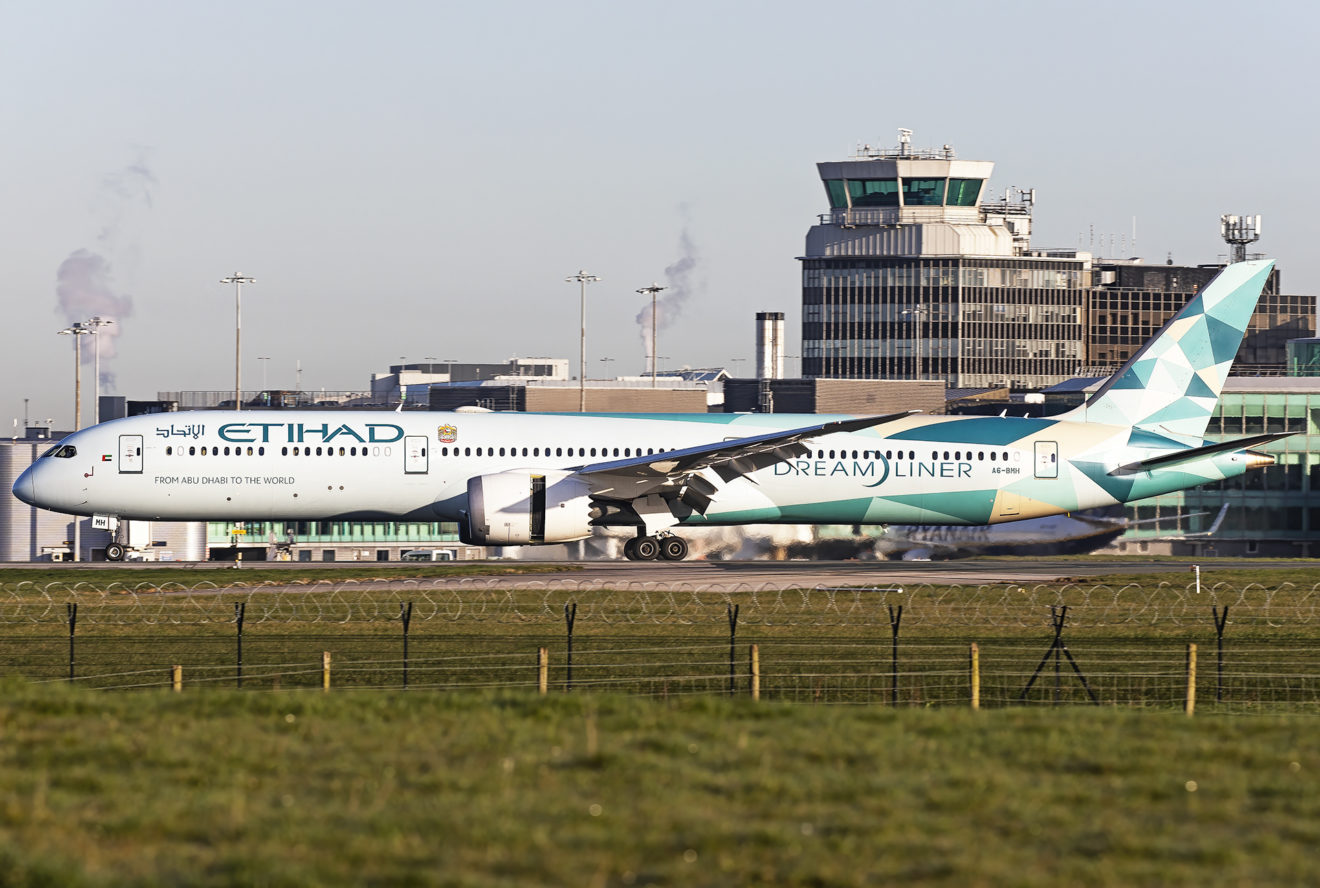 LONDON – Etihad Airways has announced this week that it will be adding further flights between its Abu Dhabi base and John F Kennedy Airport in New York.

Building on the foundations of an already successful route, from November 15 2022 it will be offering 4 further weekly services aboard its Boeing 787-9 Dreamliner’s.

This is in addition to its 7 current offerings operated by the Airbus A350 that has been in play sine June 2022.

The two pronged attack of Boeing 787-9 and the Airbus A350 makes up one of the most fuel efficient offering’s aircraft manufacture has to offer. Heavily reducing CO2 emissions’ than what older twin-aisle aircraft could offer.

Chance timing it is not, it would seem, as it correlates nicely with what is set to be a much anticipated Formula 1 season ender.

Held at the Yas Marina Circuit and starting and starting on November 18th, the service will no doubt ferry around the worlds rich and famous on what proved to be a spectacular finish to the season last year.

The UAE’s second national flag carrier are looking to ensure that traveller’s have more choice and flexibility between AUH – JFK, whilst also providing the opportunity for better connectivity onto further shores such as the Indian Subcontinent and Southeast Asia.

JetBlue, codeshare partner with Etihad will be facilitating onward travel from JFK to 46 other destination’s throughout the Americas’.

Vice President Network Planning & Alliances Alex Featherstone has said: “Etihad is enhancing its schedule this winter to provide even more options for our guest’s across key business and leisure destination’s in our global network.

“Our New York service continues to perform strongly, and having already experienced record passenger demand this summer, Etihad is excited to be investing further in this market by building on frequency level’s ahead of the peak winter travel period.”

One thing that may swing the balance between travelling with Etihad and any of its other middle eastern rival carriers when headed for the USA could be that it has the only US Customs and Border Protection facility in the region.

Benefit’s of this are that passenger’s can be processed through relevant immigration, customs and agricultural inspection’s from the comfort of Terminal 3 before boarding their flight.

Upon landing in the USA you avoid all immigration queues and head straight to luggage collection.

This news will be music to the ears of traveller’s wanting to fly in a premium cabin,  with these additional routes it increases Etihad Airways total weekly services up to 25 between Abu Dhabi and the United States (including twice weekly services to Chicago and Washington D.C), increasing the premium seat offerings by over 50% compared to the same time last year.