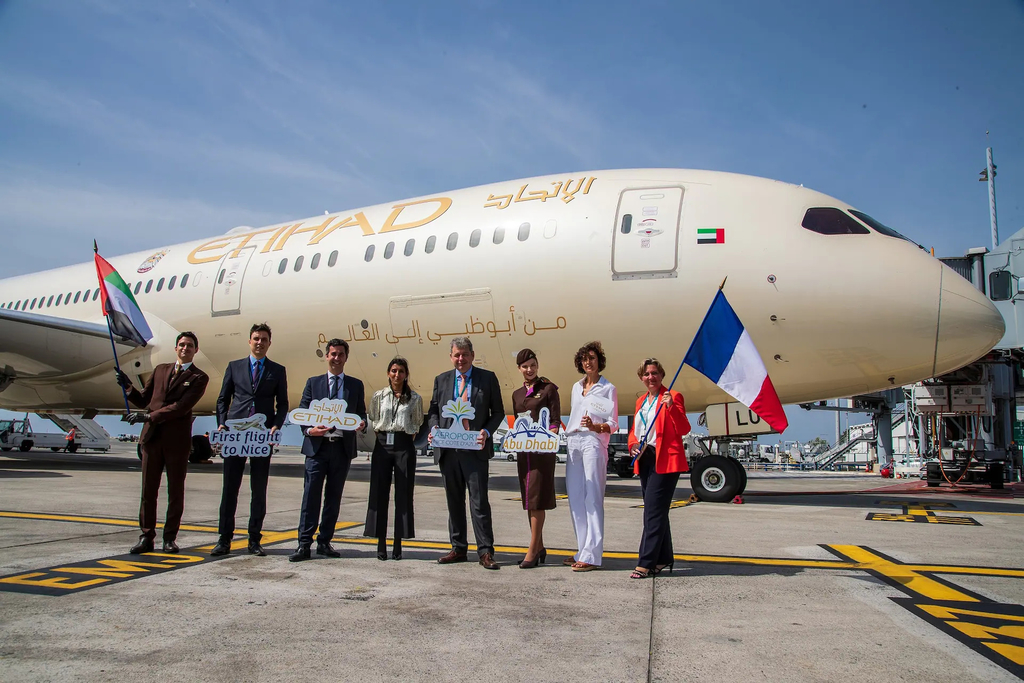 LONDON – The national airline of the United Arab Emirates (UAE) will be launching new routes from Abu Dhabi to popular summer locations across the Indian Ocean and Europe. There will be a total of 5 new routes to these regions and are to be operated seasonally.

The three seasonal services departed UAE’s capital, Abu Dhabi to Nice, France, a well-renowned city in the  French Côte d’Azur. The second route took off to Heraklion on the Greek Island of Crete. The last European destination will be in Malaga, Spain. Etihad is expected to fly to these sunny destinations twice per week.

He added: “From the stunning beaches of the Costa del Sol to the picture-perfect French Riviera, Etihad’s summer network offers even more opportunities to get away and experience the wonder of travel in 2022.”

Apart from these new routes, the airline will also increase its frequency to the famous Greek Island of Santorini, and Zanzibar in Tanzania. The increase in these flights signals that leisure travel is not yet diminished after two years of hiatus.

Etihad is playing an important role in reviving the local tourism industry of these two destinations.  These routes will be operated three times per week. Passengers happening to fly on these flights will be greeted with Etihad’s wellbeing kit, to start their holiday.

These routes mean that Etihad has grown its flight network to over 70 destinations. These routes have increasingly exposed the airline to becoming a leisure-premium carrier or even a boutique airline. It is refreshing to see the airline reviving leisure routes.

This gives more options for those in Asia and Australia better options to travel to these routes.  Now Etihad has a leaner and a greener fleet, operating mostly fuel-efficient 787s, this allows the airline to stay competitive in the current market, dominated by its neighbours Qatar and Emirates Airlines.

Qatar Airways has also started to re-launch and launched routes to sunny European destinations, which presents a viable competition for the flag carrier of the UAE.

Nevertheless, the airline is ready to take on the challenge as they appear to have emerged from the pandemic stronger than ever before, having that ‘efficient’ mindset at the back of their operations.

New routes to Europe mean more passenger flow through its hub in Abu Dhabi, this will put the airport into a well-connected airport than ever before, welcoming more passengers from a different points of the world.