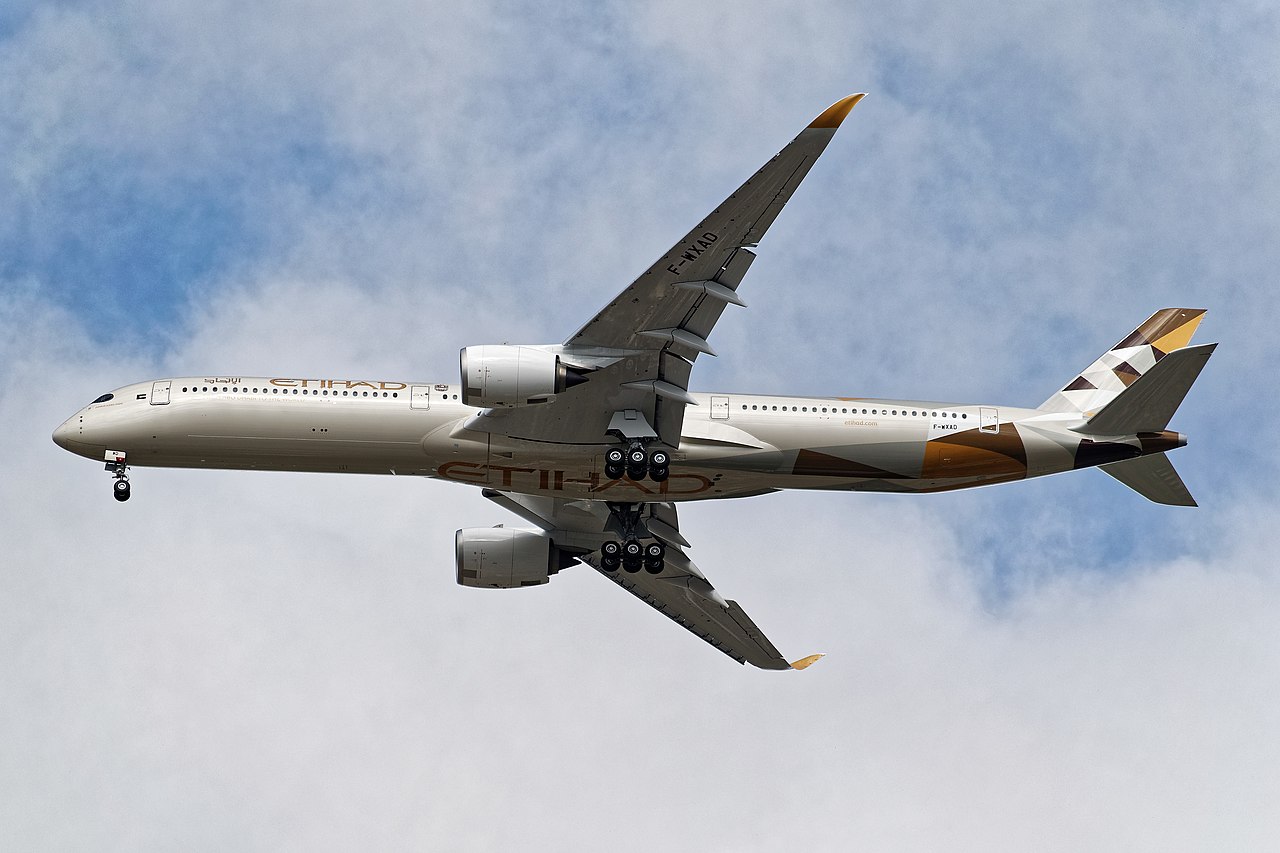 At the time of writing, the aircraft is still flying and is over the Turkish capital, Istanbul.

The aircraft was delivered to Etihad Airways back in May 2019, but was stored in Bordeaux until May 2021 and then painted in the special “Year of the Fiftieth” livery in November 2021.

Since then, the aircraft has been participating in static displays around the world, including the most recent being on sustainability and aviation.

According to Planespotters.net, five A350-1000s have already been delivered to Etihad already.

XWA, XWC, XWE, and XWF are still parked, having been delivered between the timeframe of July 2019 to May 2020.

It is unclear at this time when these other aircraft will also begin operations but it is a good sign that Etihad has begun operations with these aircraft.

There have been significant changes to the A350 mega-order it placed many years ago.

Shifts in the Orderbook…

There is no indication at this time whether more -1000s will be received or delivered by Airbus, but with the airline struggling financially in recent years, it wouldn’t be surprising if that was it.

And it’s not just Etihad. Over the last couple of years, airlines in the Middle East have had to either cancel or re-arrange delivery schedules just to remain positive in the cash flow.

It will be interesting to see how Etihad does with the A350-1000 and whether its potential for success will influence the revocation of such cancellations in the future.

This is a big milestone for Etihad, especially after two to three years of not actually using the aircraft properly.

It is clearly a sign that the Abu Dhabi-based carrier is beginning to emerge from the financial quagmire it used to be in, which was exacerbated during the COVID-19 pandemic.

All eyes are now going to be on the -1000 from Etihad, particularly from the enthusiast’s point of view as it could go to any other destination next.

For now, it will probably be limited to CDG whilst the airline further gets used to the aircraft.