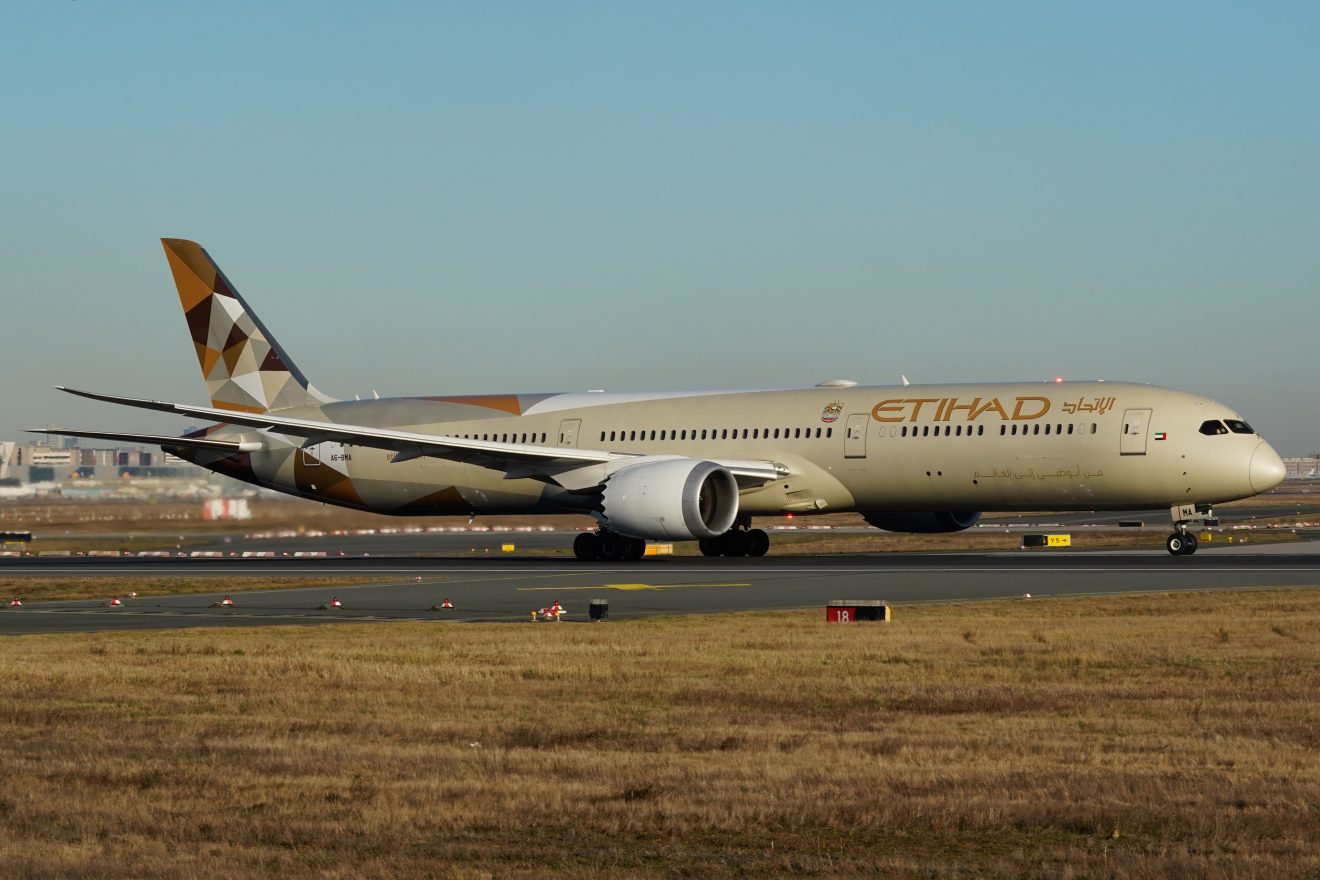 LONDON – Etihad Airways has announced today that it is expecting around 2.7 million passengers to fly on its network in Summer 2022.

Out of the 2.7 million, 1.4 million will depart from Abu Dhabi International Airport across over 1,100 departures per week.

Commenting on this feat was Mohammad Al Bulooki, the Chief Operating Officer of Etihad Aviation Group:

“As travel rebounds from the impact of the global pandemic, Etihad has witnessed a vast increase in bookings over recent weeks.”

“With summer holidays upon us and to manage the increase in passenger numbers, Etihad has bolstered operations both locally and across our global network to ensure guests enjoy a seamless airport and flight experience.”

On March 3, the airline announced a route restart to Johannesburg, South Africa. In February, the airline took the decision to expand its cargo presence with an order for five A350 Freighters.

Commenting on the news was Tony Douglas, the GCEO of Etihad Aviation Group:

“Etihad is delighted to extend our relationship with Airbus to include this remarkable aircraft as part of our freighter fleet for the future”.

“As our cargo operations continue to overperform and we work towards a more sustainable future built upon the world’s youngest and most fuel-efficient fleet, the addition of the A350F will play a key role in driving our long-term cargo strategy and achieving our 2035 target to reduce CO ₂ emissions by 50%.”

Etihad will benefit from a 109-tonne payload capacity on each A350 Freighter and strengthens Airbus’ backlog for this aircraft type at 29 from five different customers.

Then, in March, the airline announced services to Nice, which commenced on June 15.

The airline operates a two times weekly service operating on Wednesdays and Sundays and is operated by one of the carrier’s state-of-the-art Boeing 787 Dreamliner aircraft.

By the end of that month, the airline inaugurated operations of its first Airbus A350-1000 on the Abu Dhabi-Paris rotation as well as to Heathrow by May.

The aircraft was delivered to Etihad Airways back in May 2019, but was stored in Bordeaux until May 2021 and then painted in the special “Year of the Fiftieth” livery in November 2021.

Since then, the aircraft has been participating in static displays around the world, including the most recent being on sustainability and aviation.

By April, the airline announced it was considering transferring its narrowbodies to Air Arabia, meaning the airline could expand its routes with the additions of its new aircraft, as shown in one of its plans to introduce flights to Chennai, India, later this month, followed by the start of operations to Jaipur in May.

Finally, around two days ago, the airline announced plans to resume services between Abu Dhabi & Beijing, in what concludes what has been a busy first half of the year for Etihad so far.