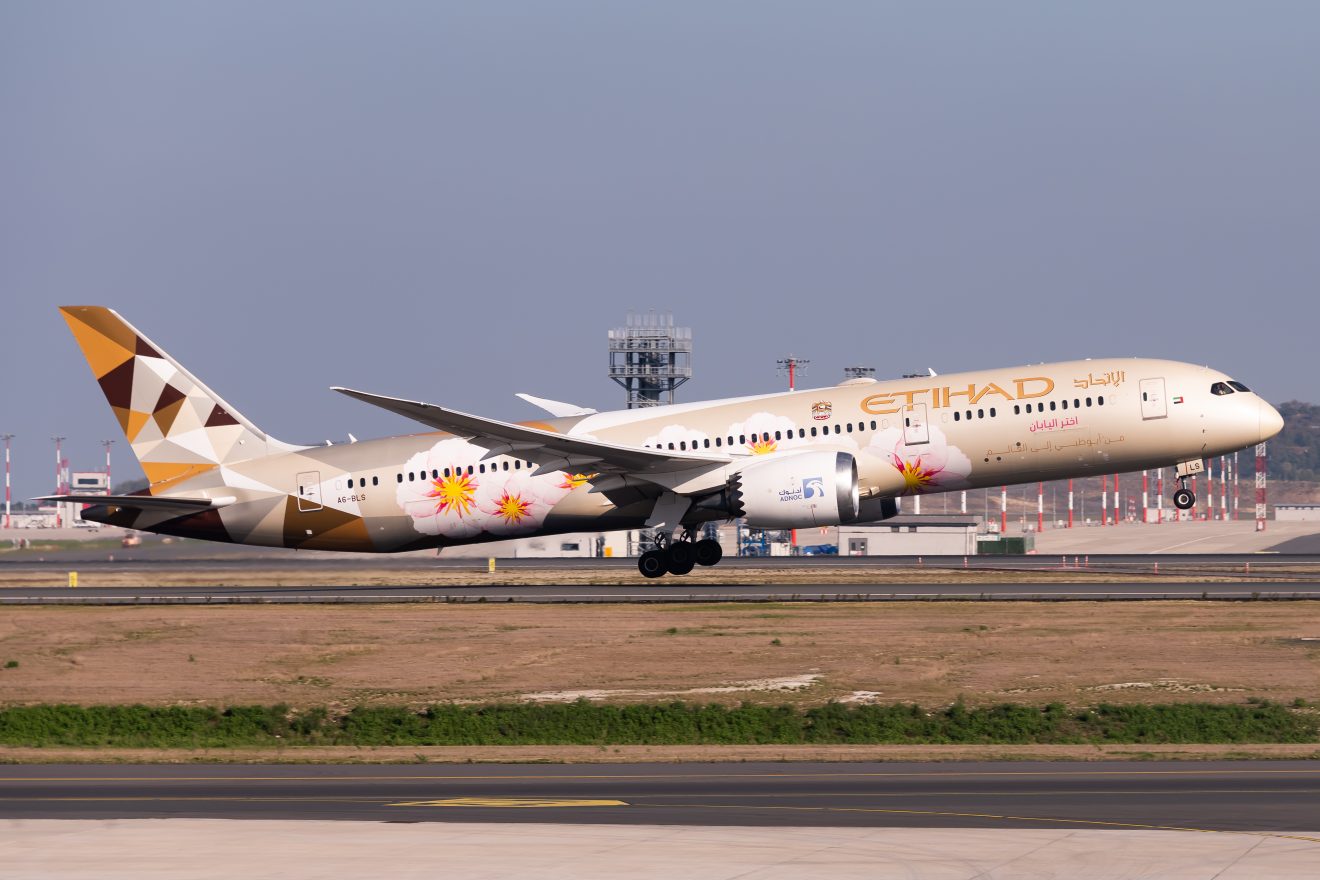 LONDON – Etihad Airways has this week announced plans to launch a new route to Guangzhou, China, from its base in Abu Dhabi in the United Arab Emirates.

Below is a table of the schedule that the airline will operate the flights, which is effective from October 10:

Martin Drew, Etihad’s Senior Vice President of Global Sales and Cargo, said: “We are proud to offer our guests the third destination in China as Etihad Airways begins flights to the pivotal and historic port city of Guangzhou.”

“As well as being a modern and rapidly growing city itself, Guangzhou has excellent connections with the Greater Bay Area.

“Our twice-weekly service will further address the huge demand for passenger travel between the UAE and China, as well as provide new cargo capacity, building on the formidable people and business ties between the two markets.”

This addition means that Etihad will serve China up to four times per week, with the other two flights operating into Beijing and Shanghai, respectively.

This is Etihad’s second route announcement in as many days, with the latest being pertinent to the United States.

Etihad Airways has further strengthened its commitment to the US market with increased flights from New York’s JFK International Airport and an expanded partnership with JetBlue.

The announcement follows the recent launch of the airline’s new Airbus A350 aircraft, and an expanded partnership with JetBlue. A number of key representatives from Abu Dhabi’s tourism sector joined a delegation to celebrate the move at a New York event.

They were joined by executives from the hospitality and travel sectors, helping to strengthen the connections between the UAE and the US.

At the gala event in New York last night, Tony Douglas, Etihad Airways Group Chief Executive Officer, commented: “The US remains one of our leading markets, and that is why New York and Chicago were amongst the first destinations to be serviced by Etihad’s new A350.”

“We are proud to continue to offer our guests a premier travel experience and enhanced connectivity through our growing partnership with JetBlue.”

In June, Etihad launched its new A350 aircraft, Sustainability50, which carries a unique livery in recognition of the 50th anniversary of the federation of the UAE and Etihad’s commitment to net-zero carbon emissions by 2050.

It remains clear that Etihad is definitely utilizing the high level of demand it has received and has shared the load onto new destinations that will ensure better revenue opportunities down the line.

Looking ahead, it’s going to be interesting to see how much further the airline wants to take things, and with the A350-1000 in full operation, the possibilities do seem endless for the carrier.

All we can do is sit back and wait to see what other exciting developments the carrier has.