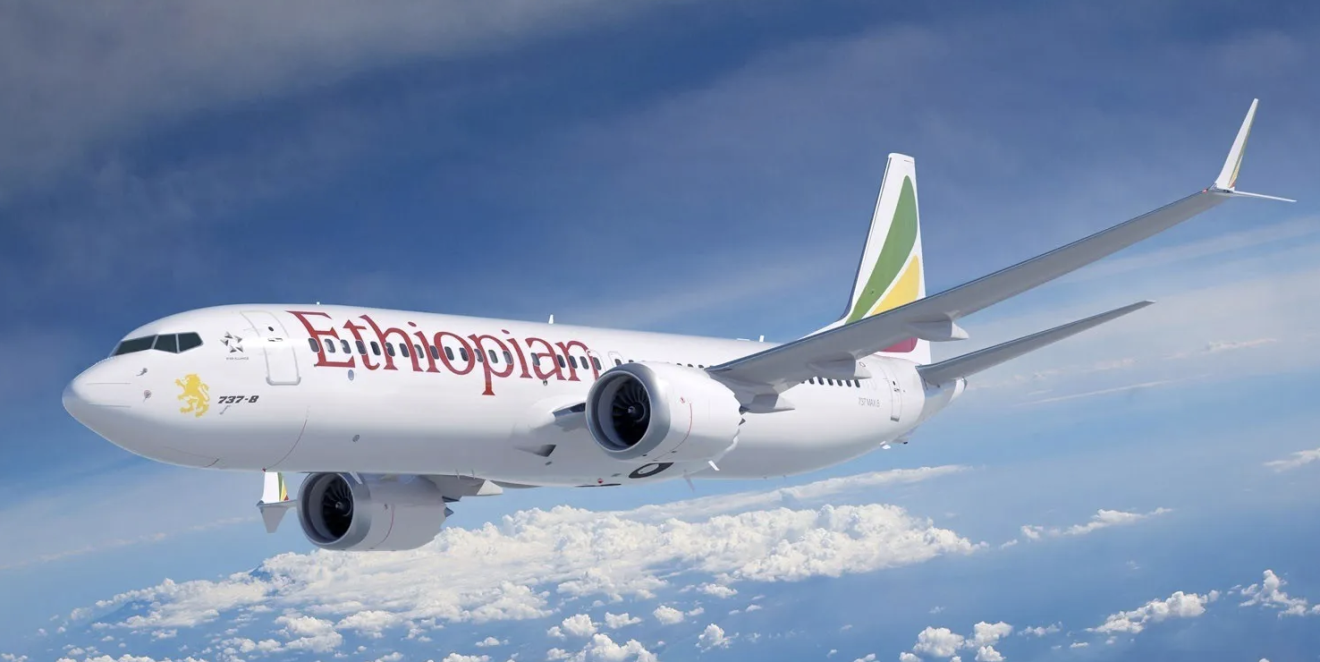 The airline’s board chairman and executives, Boeing executives, ministers, ambassadors, government officials, journalists, and customers were onboard the flight.

The flight was an important landmark for Boeing as it battles and continues to take steps forward to repair the damage done to the public and customer trust in the MAX program following two deadly crashes which were caused by hidden issues with the MCAS system onboard the aircraft.

Commenting on the return of the B737 MAX to service, Ethiopian Group CEO Tewolde GebreMariam said: “Safety is the topmost priority at Ethiopian Airlines and it guides every decision we make and all actions we take.”

“It is in line with this guiding principle that we are now returning the B737 MAX to service not only after the recertification by the FAA (Federal Aviation Administration), EASA of Europe, Transport Canada, CAAC, ECAA, and other regulatory bodies but also after the fleet type’s return to service by 36 airlines around the world.”

Following the investigations of the accidents, the issues and cover-ups by Boeing on the flaws in the MCAS system sent systematic shockwaves through the industry as for the first time it was on public display that an aircraft had been built and knowingly has issues that could potentially cause crashes where hidden.

It was clear to the FAA and the globe that more vigours tests and stricter requirements for air certification for the MAX program would be needed should it ever return to the skies.

Now after 3 years of intense testing and regulations, Boeing finally has the Boeing 737 MAX that it should have built for the first time, an ultra-modern fuel-efficient single-aisle aircraft worthy of competing with rival manufacturer Airbus’ A320neo family program.

And as Ethiopian returns the plane to the skies it hopefully for Boeing marks the end of the terrible nightmare that this aircraft has been in its early years with it now ready to serve the world as Boeing has done safely with so many planes before.

Mr. GebreMariam added: “In line with our initially stated commitment to become among the last airlines to return the B737 MAX, we have taken enough time to monitor the design modification work and the more than 20 months of rigorous recertification process and we have ensured that our pilots, engineers, aircraft technicians, and cabin crew are confident on the safety of the fleet.”

“The airline’s confidence is further showcased by flying the top executives and the board chairman and other top government officials on the first flight.”

Impressively the Boeing 737 MAX has now accumulated more than 349,000 commercial flights and close to 900,000 total flight hours since its reintroduction one year ago.

And now I think it is time we can truly believe that Boeing has fixed the flaws and issues with the MCAS system and that this aircraft is now a worthy replacement to the aging Boeing 737-800 which is one of the most loved and used planes in the globe.

Ethiopian Airlines currently has four 737 MAX aircraft in its fleet of 25 on order and are expecting to take delivery of some of these aircraft in 2022.