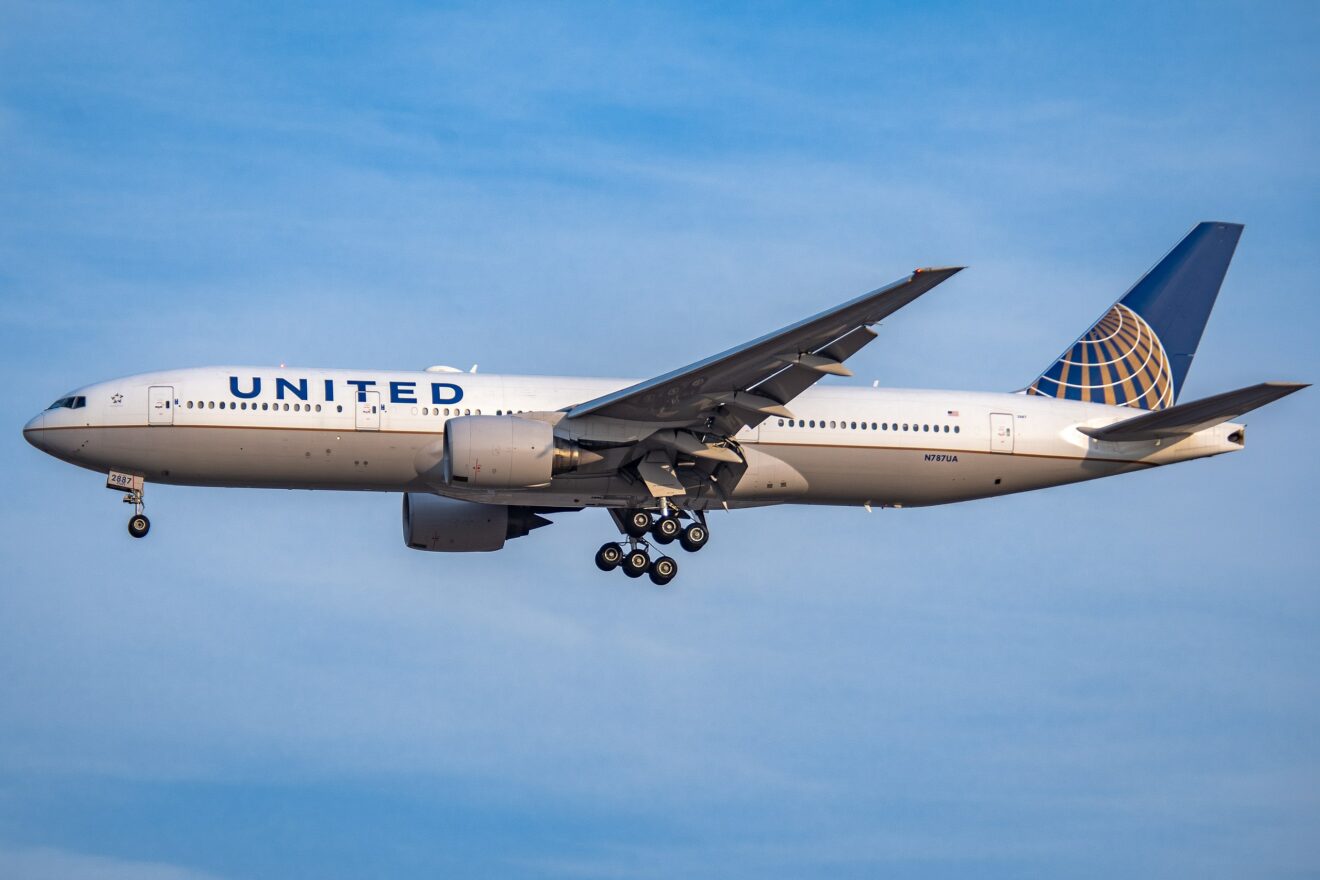 LONDON – The engine woes continue on United Airlines’ Boeing 777-200s as UA149 to Sao Paulo returned back to Newark following another incident.

The footage above shows sparks flying from the engines moments after departure from Newark. The tweets below also show debris from UA149 as well, which has come from the engine.

The FAA said the following in a statement to CNBC:

“The FAA approved the service bulletins that will be used to make the necessary changes outlined in the Airworthiness Directives to the Boeing 777-200 with Pratt & Whitney PW4000 engines”.

N772UA was bound for Honolulu when the aircraft had to turn back and land back in Denver.

Following this incident on the Pratt & Whitney PW4000-112 engines, the aircraft was subsequently grounded whilst the investigation and FAA approval came about.

The picture above shows the significant level of damage the engine received as a result of the failure.

It Wasn’t The First Time…

Such uncontained failures on the P&W engines happened three other separate times as well.

Then, if you date back to February 2018, the same happened with United flight 1175 using N773UA, with the other instance happening with Japan Airlines Flight 904 in December 2020.

So all of these events ultimately resulted in the engine type being grounded.

Now with UA149 being the next aircraft for this to happen to, it shows that the issues haven’t been ironed out, which does instigate questions about the safety of the engines once again.

It’s also unclear what move the FAA is going to take next regarding this, but internal investigations need to take place before such a decision is made by them.

It remains clear that another look is going to be needed at the Pratt & Whitney engines, as the fixes should have prevented something like this from happening again.

All eyes will now be on the FAA to see what judgment they come up with and whether we could see the 52 Boeing 777-200s grounded again in the United fleet.

Either way, this will not be welcome news for United as this could potentially hinder any opportunity for further route growth going into what is anticipated to be a busy Winter season for American travelers.