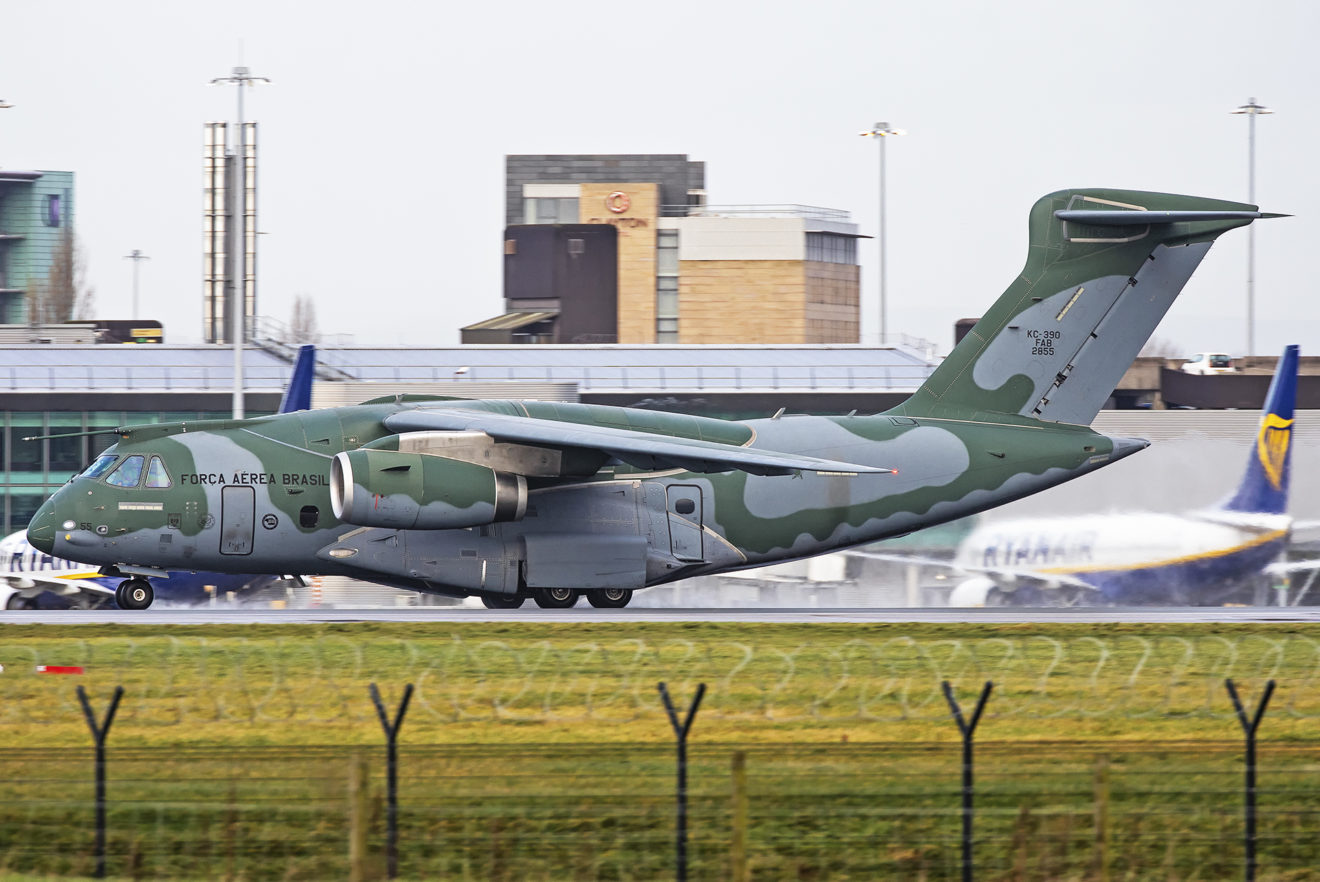 LONDON – Embraer & L3Harris have teamed up to develop an “Agile Tanker” facility to place on the KC-390 Millenium aircraft.

The two companies have signed an agreement to expand the capabilities of Embraer’s KC-390 Millennium tactical tanker aircraft.

Enhancements include the addition of advanced boom operations and mission systems to support agile basing and sustainment for operations in contested areas, and resilient communications supporting JADC2 requirements.

Commenting on the announcement was Christopher Kubasik, the Chair & CEO of L3Harris:

“Collaborating with Embraer to develop and integrate new capabilities to the multi-mission KC-390 provides a cost-effective, fast-to-field solution that embodies our trusted disruptor approach.”

Also commenting on the news was Francisco Gomes Neto, President & CEO of Embraer:

“Our aircraft is capturing the attention of Air Forces around the world, and we’re thrilled by this opportunity to combine Embraer’s state-of-the-art platform and systems with L3Harris’ mission-driven solutions to deliver on the U.S. Air Force’s operational imperatives.”

It is understood that within this agreement, they will be presenting the “agile tanker” to the U.S Department of Defense and the U.S Air Force.

Busy Period for the KC-390 Millenium…

The KC-390 Millenium has had a busy period this year, with the aircraft being showcased at the Air Power in Austria for starters.

On September 2nd and 3rd in Austria, Embraer showed off its latest C-390 Millenium multi-mission aircraft for the first time at Austria’s largest airshow, the Air Power in Zeltweg.

Between these two dates, Embraer will promote its defense portfolio and product and innovative solutions for defense, governments, and security markets represented by more than 60 nations.

Jackson Schneider, President & CEO, Embraer Defense & Security, stated that: “We are glad to have this opportunity to showcase the C-390 at this renowned Air Show and share the aircraft capabilities with the attendees of the event,”

“The entrance of the C-390 Millennium into the market comes at a crucial moment where air forces and governments are looking to incorporate new generation aircraft in their airlift fleets.”

“We are seeing the C-390 operating with incredible availability rates, which is the result of a modern design for reliability, maintainability, and a selection of the best suppliers worldwide.”

Also, the aircraft has been advancing its test campaign with the Portuguese Air Force.

The current activities being played out at the Embraer Unit in Gaviào Peixoto, São Paulo state, Brazil, are focused on flight tests that meet the specific requirements set by the state of Portugal. Tests are certified by Brazilian authorities, including the Institute for Industrial Development and Coordination (IFI) as well as the National Civil Aviation Agency (ANAC).

The testing phase that the KC-390 is currently in precedes the delivery of the aircraft to Portugal, where NATO standard equipment is to be integrated and certified by the National Aeronautical Authority.

Portugal-based OGMA, an Embraer subsidiary, is also to be included in the certification process, which is highly monitored by the Portuguese Air Force. The first deliveries of the aircraft are estimated to begin in 2023.