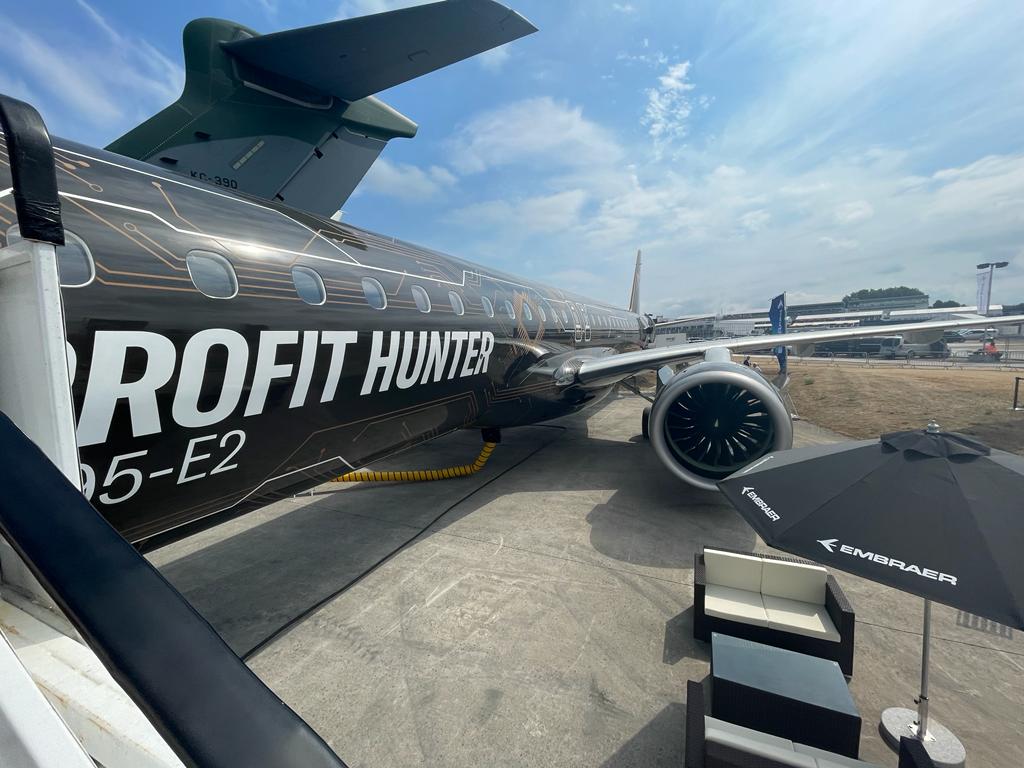 LONDON – Brazilian aircraft manufacturer Embraer SA (EMBR3.SA) said last week it delivered 32 planes in the second quarter, including 11 commercial jets and 21 business jets, a sign that it was picking up steam after a lukewarm first quarter, making to drive up its shares. It reaped a boom associated with the last Farnborough Air Show in the UK.

The company added in a securities filing that the corporate backlog reached $17.8 billion at the end of June, up 12% from the same period a year ago and the highest level. since 2018.

Brazilian financial services Itau BBA’s analysts said the results were roughly in line with their expectations, but left the company closer to the bottom of its 2022 guidance, which includes 100-110 business jets and 60-70 commercial jets.

Embraer’s latest delivery numbers showed “generally weak numbers, which we believe overshadow news of a significant backlog,” they said in a research note.

“The current backlog did not include Canadian Porter Airlines’ new order for 20 E195-E2 aircraft from the Farnborough Airshow last week, valued at $1.56 billion, bringing Porter’s orders with Embraer to a total of 100 E195-E2 aircraft, including 50 Confirmed Commitments and 50 Purchase Rights”, said Embraer.

It included an order from Alaska Air Group (ALK.N) last week for eight new E175s for its regional airline, Horizon Air. The Brazilian company said the Alaska order also included options for 13 others, adding that the contract value was $1.12 billion including options.

“The E175 is the backbone of the US regional network,” said Mark Neely, vice president of commercial aviation for Embraer for the Americas.

Embraer’s figures last week showed an acceleration in deliveries from the first quarter, but down slightly from the 34 planes delivered in the same period last year.

Embraer shares rose 4.9% to $2.19 after the announcements, making it one of the biggest gainers in Brazil’s Bovespa stock index, which rose 0.6%.

Embraer also announced its forecast for the next 20 years, saying it expects global air travel demand as measured by Revenue Passenger Kilometers (RPK) to grow 3.2% annually over this period.

The forecast is roughly in line with last year’s growth estimate of 3.3%, although factors such as the global economic slowdown and the war in Ukraine have slowed.

The aircraft maker added that it expects the RPK to return to 2019 levels by 2024 as the industry recovers from the pandemic-related downturn.

Embraer, the world’s third-largest aircraft manufacturer after Boeing Co and Airbus SE, said it expects global demand for new 150-seat jets to reach 10,950 units over the next two decades.

Embraer, which has estimated the market for these aircrafts at $650 billion, is due to release its second-quarter results on July 28.

Chief Financial Officer Antonio Carlos Garcia said in May that the company had already won enough orders to meet the maximum revenue target for the year, but supply chain constraints remained an issue.

The first delivery and entry into service of Porter Airlines are scheduled for the second half of 2022, while Alaska’s aircraft are expected to be delivered over the next four years from the second quarter of 2023.

Embraer also said earlier last week that it had launched a joint venture with BAE Systems PLC to develop a defense variant of an electric aircraft, as part of a broader defense partnership between the two companies.

Brazilian financial center BTG Pactual’s analysts said the deals reached at the Farnborough Airshow are likely to boost the recovery of commercial aviation, spurred by the launch of a Covid-19 vaccine.

“The recovery of commercial aviation is one of the pillars supporting our view of Embraer’s investment thesis, which we believe combines an attractive reopening call with a high-tech expanding business platform” they said.