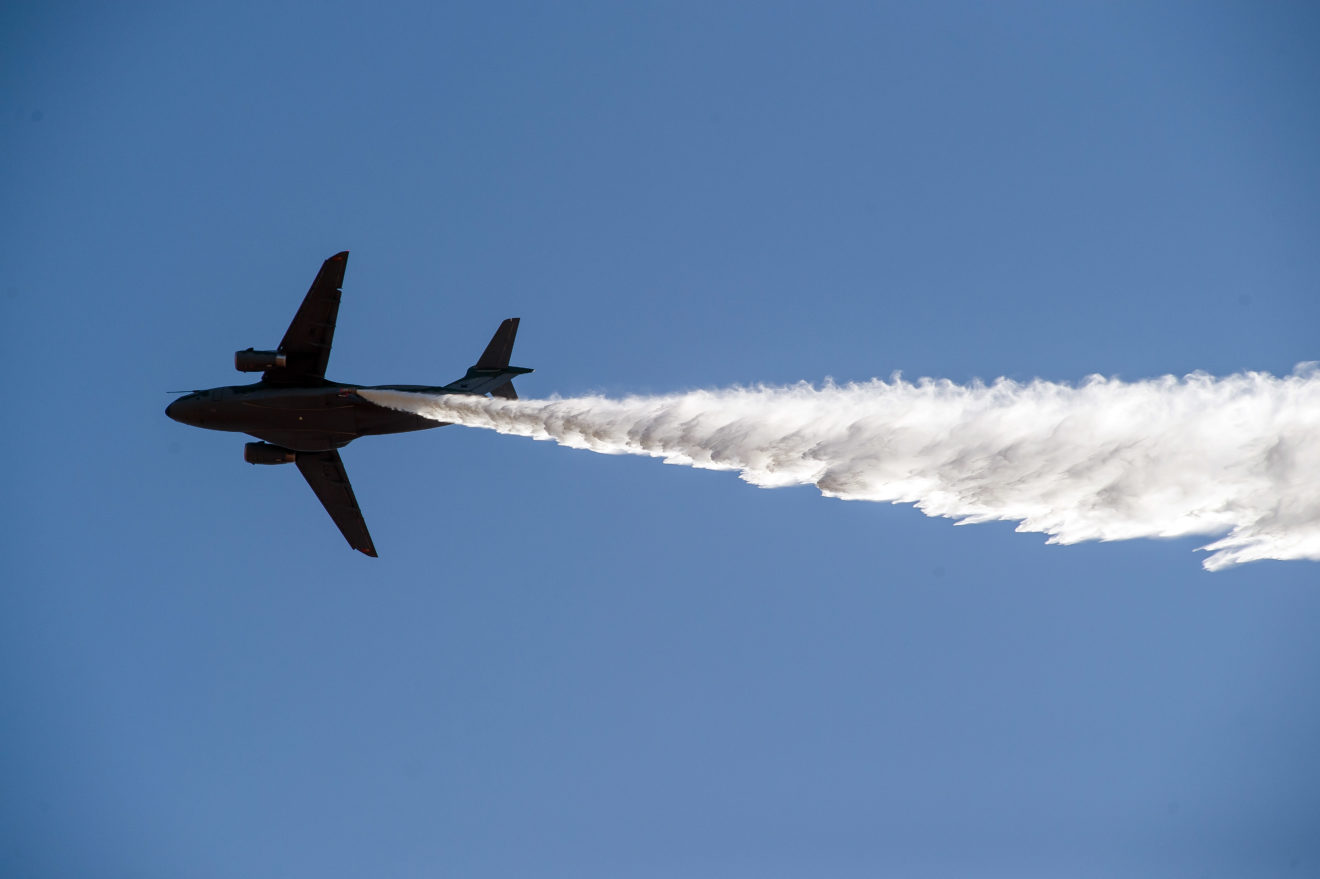 LONDON – Embraer has successfully completed its firefighting segment of certification for its military C-390 Millenium aircraft.

Through the use of the Modular Airborne Fire Fighting System, also known as MAFFS II, the aircraft was able to deploy up to 3,000 gallons of water both with and without fire retardant.

Embraer also mentioned that MAFFS II could be rapidly installed on the cargo compartment of the aircraft, and only requires aircraft power to generate.

The Brazilian planemaker said the following:

“The tests carried out at the Embraer facility in Gavião Peixoto, São Paulo State, in Brazil, represent an important advancement in the certification campaign of this capacity by the Brazilian Military Certification Authority (IFI). After certification, the firefighting capability will be available to aircraft operators.”

Competing with the A400M?

Late in July, Airbus announced it had conducted a successful test of the military transport aircraft A400M in the field of firefighting, in a move that coincides with the heat waves causing increasing forest fires during the summer in various parts of Europe.

The European giant manufacturer confirmed then in a statement that it had “successfully tested a detachable fire extinguishing equipment on the new model of the A400M transport aircraft, during a test flight in Spain.” It explained that the test included throwing 20 tons of water in less than 10 seconds, noting that the equipment used does not require any modification in the design of the aircraft.

The statement illustrated details “This system is based on filling water in a tank installed in the cargo hold inside the hull of the aircraft, and confining it behind two independent doors.”

“The doors are connected to two tubes, allowing when the unloading process begins, water is thrown through two sections into the ramp of the cargo section located at the rear of the aircraft.”

“Due to its ability to fly at low altitudes and maneuver at low speeds, the A400M aircraft can accurately drop its payload from water from heights that may not exceed 50 meters,” according to what the Airbus group confirmed in its statement.

“Developing this firefighting equipment is an essential part of our journey toward helping create a safer and more sustainable world, not only through our business but also through our products,” said Chief Executive Officer of Airbus Defense and Space Mike Schoellhorn in the statement.

He affirmed the company’s conviction that “the A400M can play a pivotal role in addressing the growing threat of wildfires and supporting the restoration of social and ecological systems.”

For his part, Jean-Brice Dumont, the Executive Vice President of Airbus Military Aircraft at Airbus Defense and Space, stressed that the use of the A400M as a water launcher is not intended to compete with the Canadian “Kanader”, but rather to play a complementary role to it.

The Kanader can hold about 6,000 liters of water, which is only about a third of the capacity of the A400M. However, Canadian planes have the ability to fill water from lakes and large bodies of water, while Airbus planes need to land completely in order to refill their tank.

Scientists warn that weather extremes are becoming more frequent due to climate change, and are likely to intensify as global temperatures continue to rise.

With Embraer being able to add the firefighting capability to its C-390 Millenium, it slowly begins to bridge the gap in the competitive space with the likes of Airbus with the A400M.

Looking ahead, it’s going to be interesting to see whether any countries do switch over to the Millenium and, with that, how much market share they can steal off Airbus in that respect.

Either way, the aircraft has been making some respective sales runs all across the world, meaning that there must be some form of momentum on the way for the Brazilian planemaker.