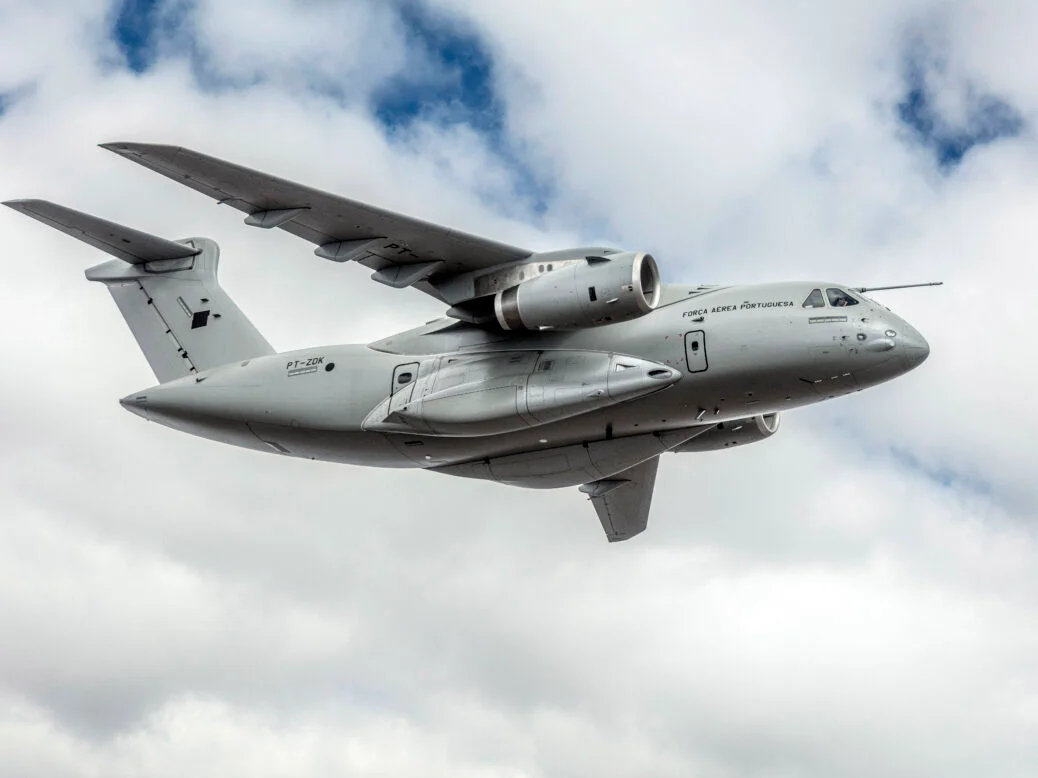 OSLO – Brazilian aircraft manufacturer Embraer continues to advance in the test campaign of the first KC-390 aircraft for the Portuguese Air Force.

The current activities being played out at the Embraer Unit in Gaviào Peixoto, São Paulo state, Brazil are focused on flight tests that meet the specific requirements set by the state of Portugal. Tests are certified by Brazilian authorities, including the Institute for Industrial Development and Coordination (IFI) as well as the National Civil Aviation Agency (ANAC).

The testing phase that the KC-390 is currently in precedes the delivery of the aircraft to Portugal, where NATO standard equipment is to be integrated and certified by the National Aeronautical Authority.

Portugal based OGMA, an Embraer subsidiary is also to be included in the certification process, which is highly monitored by the Portuguese air force . The first deliveries of the aircraft are estimated to begin in 2023.

The Portuguese government signed an agreement with Embraer in 2019 to acquire 5 KC-390’s as a part of their plans in modernizing the capabilities of the Air Force, as well as increasing the readiness of the Portuguese Air Force.

The agreement signed by the state of Portugal also gives the Air Force a simulator as well as services and support whenever it may be necessary.

The KC-390 has met the Portugese Air Force’s requirements in which the aircraft is capable of completing multiple missions ranging from civilan, humanitarian, evacuation, SAR and wildfire-missions.

Other missions the aircraft is certified in being capable to perform are troop and cargo transports, together with mid-air refuelling.

Portugal is the biggest partner on the KC-390 program on an international basis.

Their tight collaboration with Embraer in the development and production of the aircraft has made a positive impact economically when it comes to jobs, their new investments together with increased exports and highly advanced technologies.

The aircraft has the capability to be reconfigured quickly, are said to be more comfortable and has better flight safety, as stated in Embraer’s press release on September 1st.

The Brazilian Air Force is an example of an operator who currently has a fleet of 5 KC-390’s rounding up to over 5,000 flight hours and a completion rate of 97%. The completion rate helps in showing how reliable and high-performing the aircraft is.