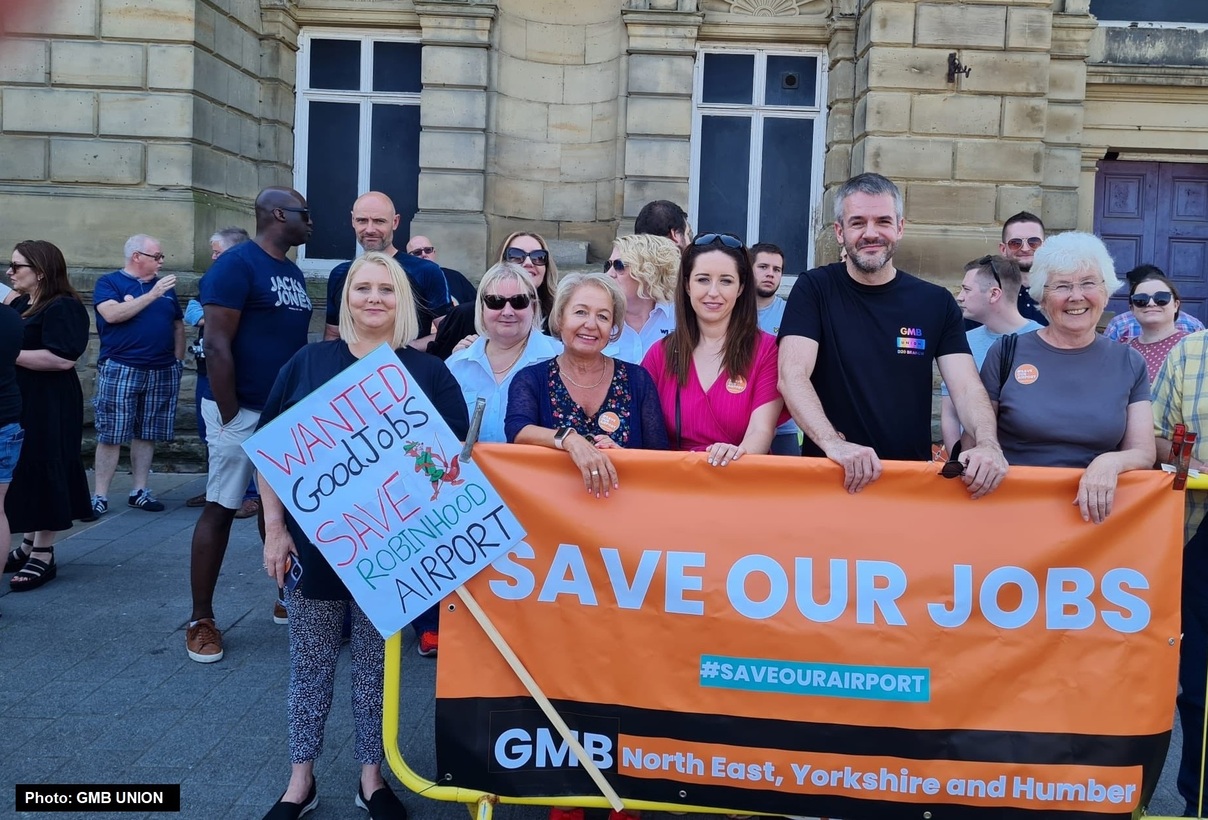 LONDON – A public rally to protest the impending closure of regional Doncaster Sheffield airport has drawn a crowd of about 200 over the weekend.

The protest is the latest development in what has become a regional battle to keep the airport open, since the announcement in July by management group Peel Holdings that the facility was ‘commercially unviable’

Local reaction to the news of the proposed airport closure was strong, with an online petition organised by local group Yorkshire Plane Spotters currently supported with over 90,000 signatures.

With concerns for 800 jobs which will be directly affected if the airport closure plans go ahead, the GMB union issued a statement of their position, following the announcement in July, with Sarah Barnes, GMB Organiser saying:

“This news will be a deep shock to many of our members at Doncaster Sheffield Airport where GMB has sole recognition. In the middle of a cost-of-living crisis the last thing our members and neighbouring communities need is uncertainty about their jobs and futures.”

“During the pandemic we met with the Government to secure an economic package for aviation which would save regional airports. Ministers continue to bailout airlines like BA – who’ve slashed workers’ pay using fire and rehire – but leave regional airports to struggle.”

So far, the response from the government has been to field the responsibility for finding solutions to the closure back to the region. Aviation minister Robert Courts effectively put the ball back in the court of local council earlier this month, with South Yorkshire Mayor Oliver Coppard vowing to do all that he could to keep the airport open.

Local politicians and businesses have similarly raised their voices over the situation. Speaking on the matter ahead of the weekend protest, GMB organizer Sarah Barnes said: “Government inaction, when jobs are on the line, is unacceptable.”

The GMB union protest on Saturday carried the message that hundreds of their members jobs are at risk, with potentially thousands more in supporting and related businesses affected by the Doncaster Sheffield airport closure.

The Mayor of Doncaster Ros Jones, said: “This is about us keeping jobs, keeping growth – so we are fighting, and we will collectively fight to keep jobs and growth.”

The Tory ‘Levelling Down’ agenda drew criticism at the rally, and Mayor Coppard referred to the £billions spent in London, while the North begged for help with transport infrastructure.