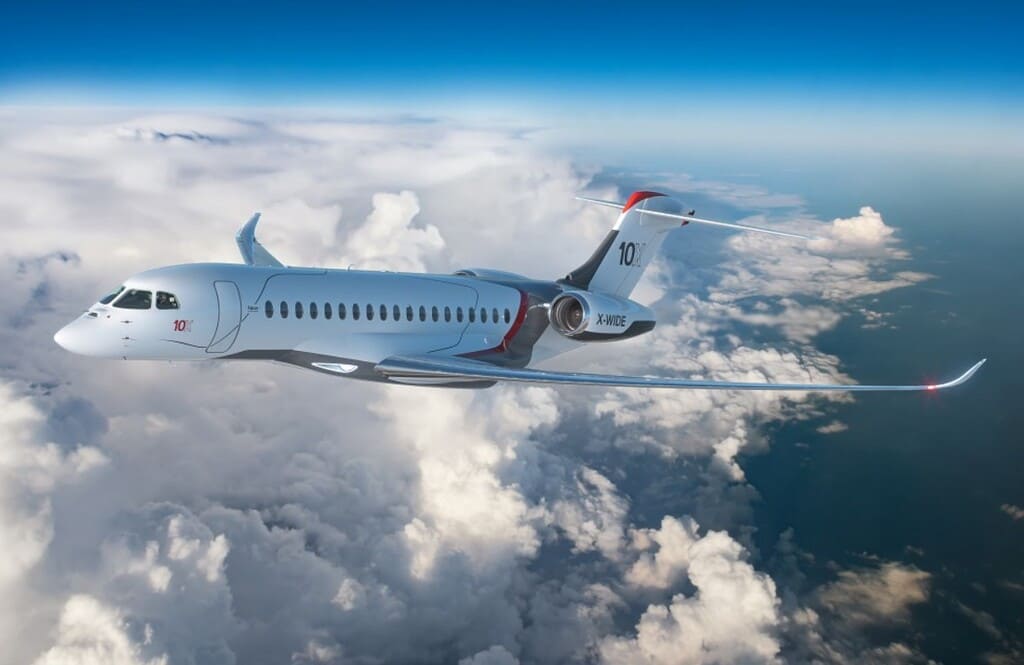 LONDON – A move where IAI and Dassault Aviation can work closely together after IAI has a long and deep working relationship with Gulfstream. Israel Aerospace Industries (IAI) has been appointed by French aerospace company, Dassault Aviation to design and produce the all-composite wing movable surfaces for its flagship long-range business jet, the Falcon 10X.

The Falcon 10X is slated for a 2025 first flight per the manufacturer’s statement. The wing on the new flagship business jet wing movable surfaces ventures with  IAI’s other aerostructures and development programs for other leading aircraft manufacturers.

Israel’s IAI, being a world-leading company in aerostructure modification, uses its in-house advanced design engineering capabilities with a team of highly qualified aero-engineers, the Israeli company is moving ahead with the design phase of the wing movable surfaces.

The project is finally gaining momentum, with the hopes of completing it before 2025. In addition, IAI will also establish a wing movable surfaces production assembly line at its state-of-the-art composites aerostructures facilities.

Pressure is on as the Falcon 10X has been receiving numerous orders for its latest Falcon 10X aircraft, and the French company is expecting no delays. Dassault aviation is also ramping out its production capabilities as demand for the new business jet surges higher than expected.

Thanks to its design, sophisticated technologies, unmatched range and performance of the 10X jet.

IAI EVP and General Manager of the Aviation Group Shmuel Kuzi commented on the working relationship between IAI and Dassault Aviation: “I would like to thank Dassault Aviation for selecting IAI for the Falcon 10X wing movable surfaces program.”

“This is a recognition of IAI’s capabilities and expertise in composite aerostructures by one of the leading manufacturers of military and commercial jets in the world. We are eager to move forward on this partnership and play an important role in Dassault Aviation’s new business jet.”

The company possess many talented individuals, whereby most of which if not all have military experience, and share the values of having a common united goal for the company. In fact, the knowledge and accumulated experience in aviation under IAI lengthens to almost 7 decades long, when the company was founded.

Today IAI is one of the world’s most respected aviation companies and has world-renowned clients such as Amazon, DHL, Lockheed Martin, Boeing, Gulfstream, Dassault Aviation and others.