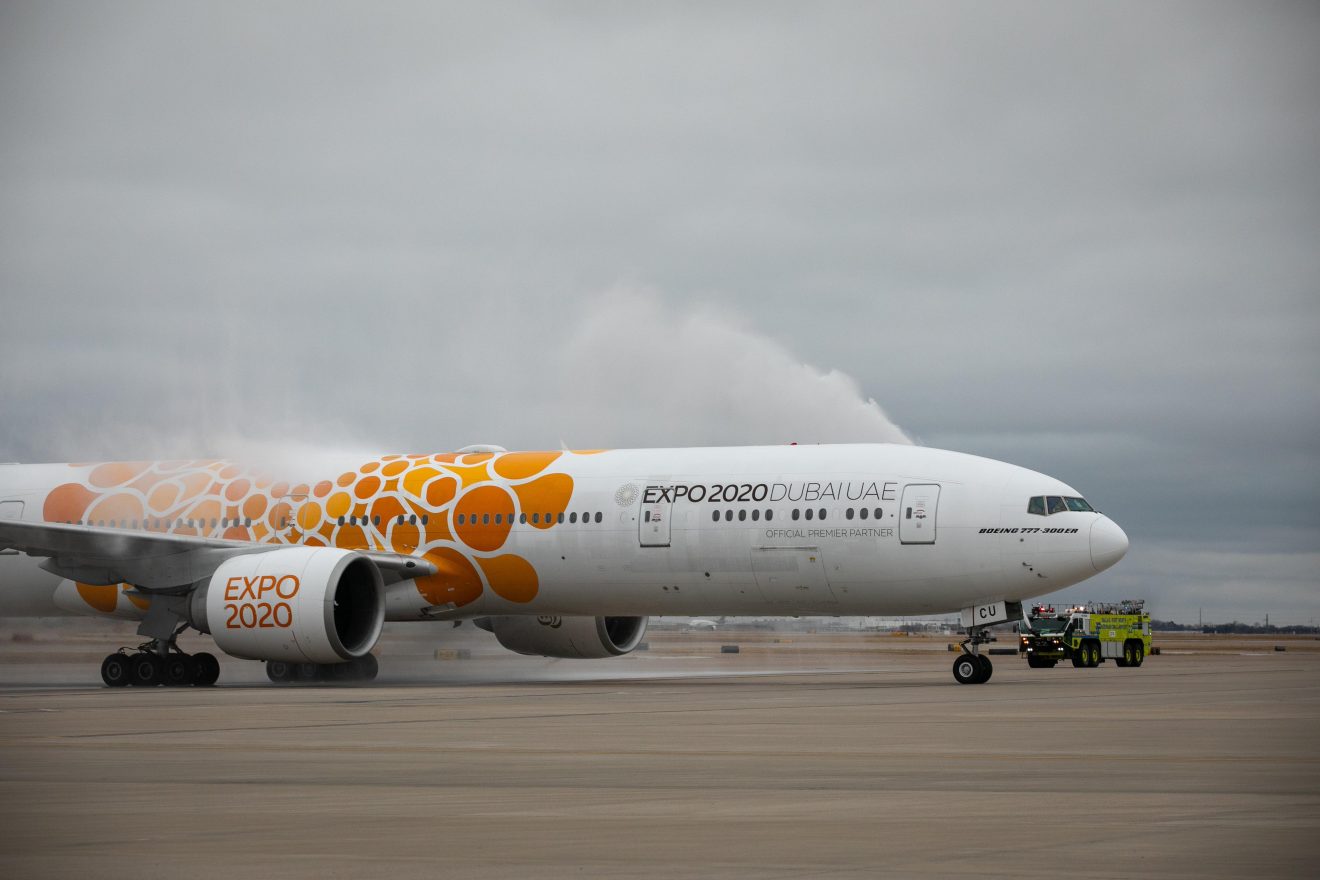 This salute was in celebration of the milestone of 10 years of flight services between the United Arab Emirates and Texas, U.S.A.

“It’s been a busy week at the Big Airport, but not too busy to celebrate a big anniversary! This week marked 10 years since Emirates began service out of DFW!”.

They continue to add, “A big thank you to Emirates for a decade of partnership – we look forward to the next one!”.

DFW is referred to as the ‘Big Airport’ by their management community because the airport itself covers 70 square kilometers, which makes it the second-largest airport in the U.S., only Denver is larger which covers 140 square kilometers.

Emirates first started their services to Dallas Fort Worth back in February 2012 of which it has seen a daily service from Dubai using a mixture of Boeing 777-200LR and Boeing 777-300ER aircraft of which Emirates currently has a total of 144 Boeing 777 aircraft in its large fleet.

Dallas is one of the 12 U.S. destinations that Emirates serves, with the other 11 being Boston, Chicago, Houston, Los Angeles, Miami, Newark, New York City, Orlando, San Francisco, Seattle, and Washington D.C.