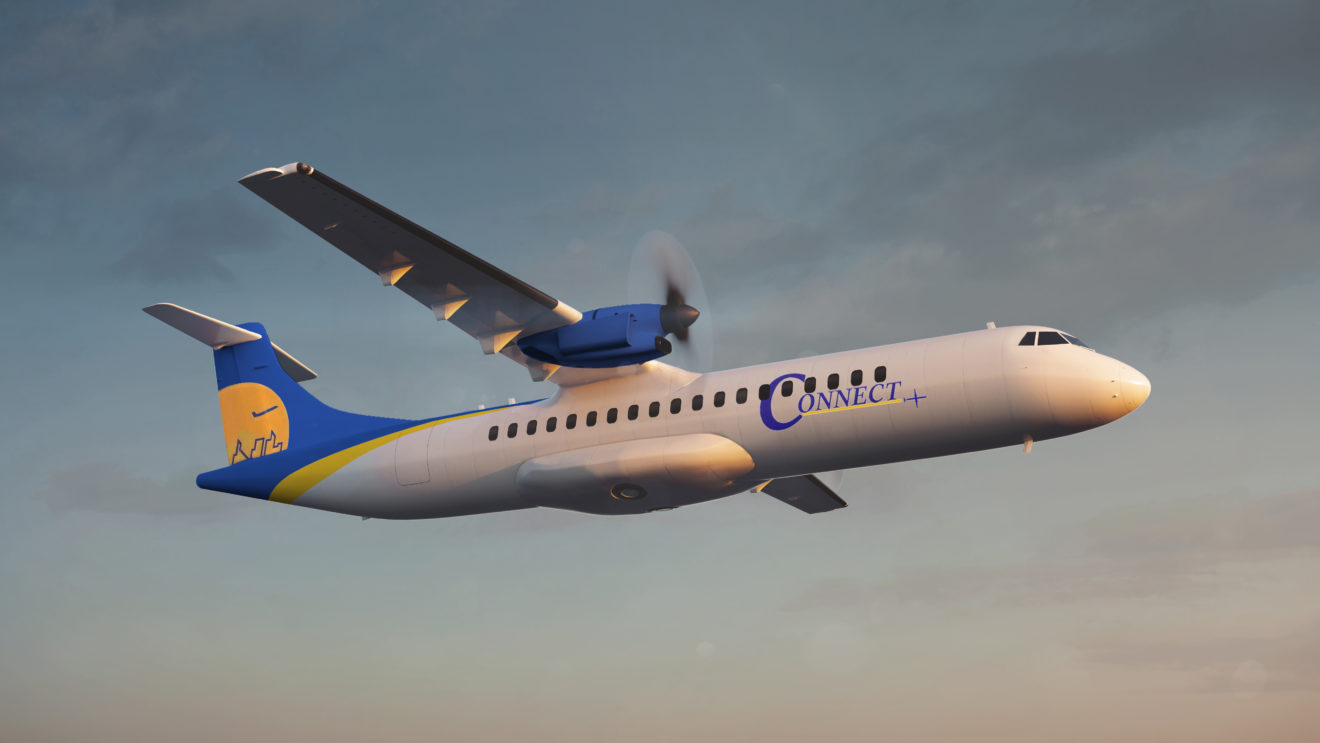 LONDON – On June 8, at the UP. Summit, Connect Airlines and Universal Hydrogen Co announced an order to convert 75 ATR aircraft to be powered by hydrogen engines.

Alongside SAF (Sustainable Aviation Fuels), hydrogen powered aircraft technology is slowly creeping its way into the aviation sector. Not only are we seeing new aircraft being produced that are hydrogen powered, such as the Airbus ZEROe concept aircraft, but we are also seeing engine manufacturers surface with the ability to provide hydrogen powered engines to convert aircraft onto.

This new agreement also follows an original LOI (Letter of Intent) that both parties signed back in 2021.

The first of these aircraft are due in 2025 to Connect Airlines and as part of this agreement, Universal Hydrogen will provide fuel services to Connect Airline’s fleet that will enable operating unit economics that are better than the economics of hydrocarbon-powered ATR aircraft.

John Thomas, the Chief Executive Officer for Connect Airlines has commented on this new order:

“We are building Connect Airlines from the ground up as a smarter, more sustainable travel option for North American travellers. We have committed to being the world’s first true zero-emission airline and the only way to accomplish this in the near term is with hydrogen.”

Adding to Thomas’ comments, the co-founder and Chief Executive Officer of Universal Hydrogen, Paul Eremenko, has said, “This order places Connect firmly in the vanguard of the march to get aviation on a path to meeting Paris Agreement emissions targets.”

“This march will very soon need to turn into a sprint if the industry has any hope of decarbonizing in time without having to curtail the growth in passenger volumes. We will need to convert most of the regional fleet in the 2020s and ensure that the new narrowbody aircraft built in the 2030s are hydrogen-powered – there is no other way to get there.”

As well as being able to provide a conversion kit for ATR 72-600 aircraft, Universal Hydrogen also offers modular capsule technology that enables the transport and handling of hydrogen using the existing freight services to airports worldwide.

This is a great advantage above most as it negates the need for airport infrastructure upgrades.

Who are Connect Airlines?

Connect Airlines is a newly proposed American carrier that is due to be based out of Toronto’s Billy Bishop City Airport (YTZ) in Canada, and will fly small regional propeller aircraft such as the Bombardier Dash 8 Q400 as well as their newly placed order for these 75 converted ATR 72-600’s from Toronto to Midwest and Northeast U.S. cities.

Connect Airlines is part of the Massachusetts based Waltzing Matilda Aviation LLC who have up to now primarily specialised in private jet charter out of Bedford, Massachusetts.

Alongside this new agreement, Connect Airlines envisages a rapid growth in the regional aviation sector across North America. To support this, John Thomas also said:

“We see the partnership with Universal Hydrogen as the fastest path to zero-emission operation because they offer both an affordable retrofit solution for the existing airplane fleet, as well as a pragmatic approach to delivering hydrogen to any airport in our route network.”

“With this technology and its economics, we easily anticipate our appetite growing to over 800 airplanes in this class to support the growth of our route network across North America.”