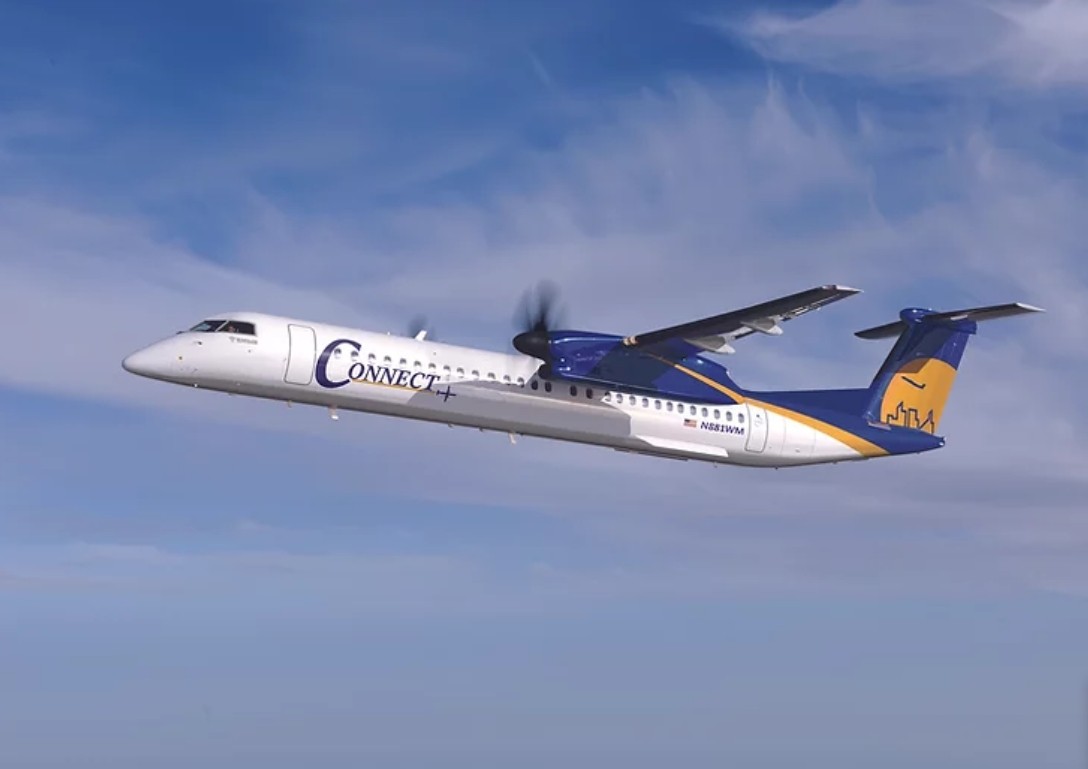 In a not-so-surprising deal, Connect Airlines signing this new lease agreement with NAC for three Dash 8 Q400s is certainly a good-pinning start for the new carrier.

Given their ambitious growth plans to form a regional network throughout the U.S from its starting base at Toronto’s Billy Bishop City Airport (YTZ), the Dash 8 Q400 will certainly kick-start its entrance into the market.

It’s unsurprising that Connect Airlines have opted to begin its operations with the Dash 8 Q400, especially given its starting location within Canada, a large country that has a popular appetite for the Canadian-built turboprop.

This decision will aim to benefit Connect as there are plenty of Q400-trained pilots across Canada already, meaning their recruitment for pilots should be a little easier, to begin with.

On top of the Q400, Connect will also operate the ATR 72-600 aircraft; however, will utilize these aircraft using hydrogen-powered engines, which will be a first for the U.S. aviation sector.

This sustainability aim was kick-started when back in June, the carrier placed an order to convert 75 ATR 72-600’s with 25 options to operate using hydrogen-powered engines. This deal was signed with Universal Hydrogen Co.

At the time, Connect Airlines’ Chief Executive Officer, John Thomas, had said, “We are building Connect Airlines from the ground up as a smarter, more sustainable travel option for North American travelers.”

“We have committed to being the world’s first true zero-emission airline, and the only way to accomplish this in the near term is with hydrogen.”

Although their Dash 8 Q400s won’t be powered by hydrogen from the get-go, it’s highly likely that in time Connect will also opt for those aircraft to be converted as well, in order to maintain their operational strategy of being the world’s first true zero-emission airline.

Back in July, Connect was awarded its Interstate Schedule Airline Certificate from the U.S. Department of Transportation (USDOT), meaning that once the carrier has completed proving flights that the FAA (Federal Aviation Administration) is happy with, they will then be able to begin U.S. scheduled services.

To start off with, Connect will focus on services from Toronto’s Billy Bishop City Airport (YTZ) to both Chicago O’Hare (ORD) and Philadelphia (PHL), interestingly, all of which have booming downtown business sectors, but Chicago also has vast variety of destinations that passengers can easily connect to worldwide destinations from the far reaches of Asia or across the pond to Europe and the Middle East.

This also signifies that we may see some early codeshare agreements come into effect for Connect in order to provide a seamless travel experience for their passengers.

All in all, this is yet another major milestone for Connect Airlines and will help with their proving flights for the USDOT and FAA, then also be sufficient enough to begin their initial scheduled services to both Chicago and Philadelphia.

How has the Pandemic Affected Airlines Growth?
Troubled USAF Aircraft Cleared for Takeoff again, One Remains Stuck in Norway
Comment