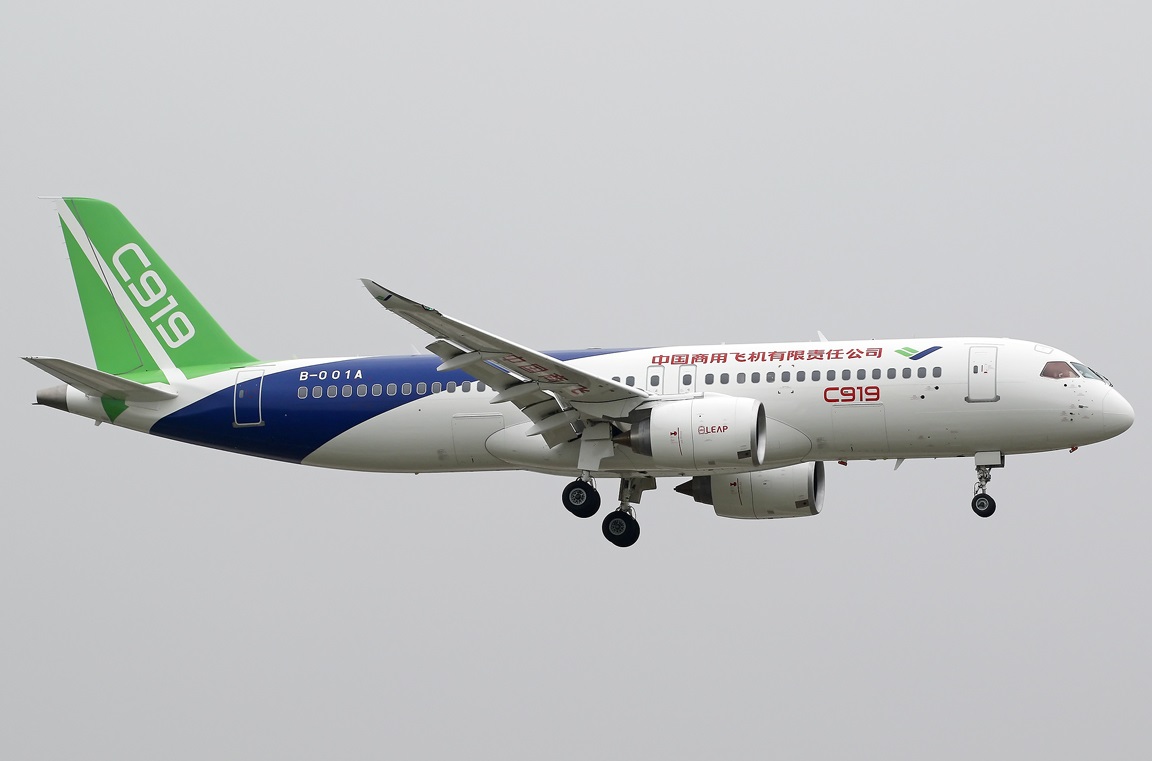 LONDON – The COMAC C919 still needs some 240 flights until certification. Yet, the Chinese OEM aims at delivering the first units of the narrowbody aircraft through this year.

An official of the airworthiness department of the Civil Aviation Administration of China (CAAC), Yang Zhenmei, told The Paper that the program was running behind schedule, partly due to the effects of the pandemic.

Zhenmei said that the test program has completed 1.694 of the planned 3.273 ‘test points’, so more than half. But the number of test flights is lagging behind.

Only 34 flights of the scheduled 276 have been done.

These figures refer to flights that are part of the certification program only, as the fleet of six C919 test aircraft must have done more flights since the maiden one on May 5, 2017.

Icing tests are still to be completed.

COMAC’s deputy general manager, Wu Yongliang, was quoted in the report as saying that he expects the first deliveries of the C919 in 2022.

Last April, China Eastern Airlines said it was hoping to receive the first aircraft before the end of 2021.

As reported by AirInsight, in early January four C919s were stranded in Xi’an after the city went into lockdown on December 22 due to a surge in COVID-19 cases.

The aircraft with registrations B-001A and B-001C have not flown so far this year, with 001C last active on November 16. B-001D and B-001E both have resumed flights recently.

Test aircraft B-001F flew on January 13 and 15 out of Dongying, one of the airfields used by COMAC for the test program.

The most active is B-001G, which resumed flying on January 6, also at Dongying.

The ‘001G’ performed eight test flights there until January 18 but flew to Jinan on January 20 to continue testing to Lüliang in Central China.