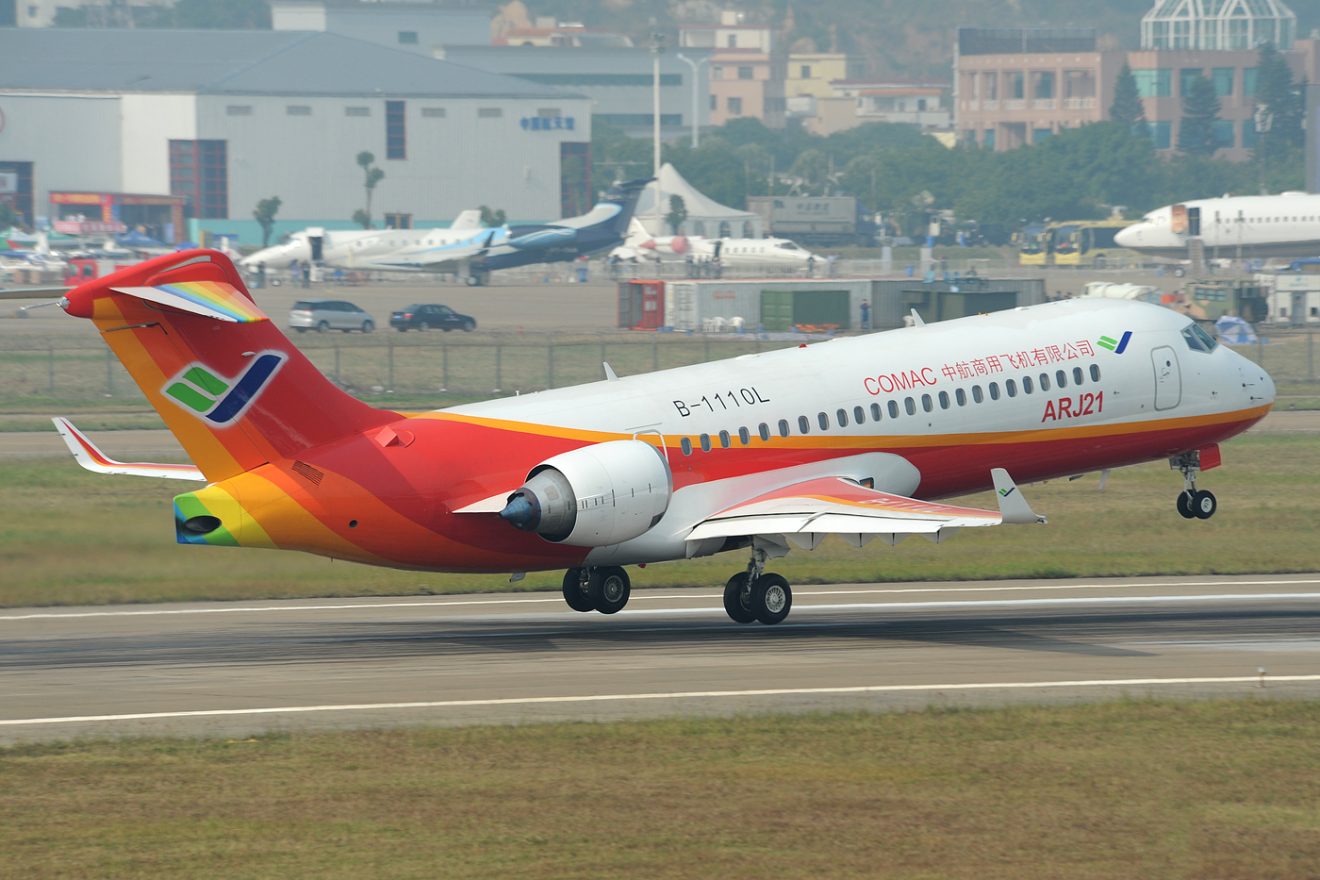 LONDON – Based on the designs of the McDonnell Douglas MD-82 and the subsequent projects launched for assembly in the 1980s, the ARJ21, built by the Commercial Aviation of China (Comac) since the OEM’S inception in 2009, has achieved a measure of success in the domestic market, with 66 units of the type delivered by the end of 2021, according to Ascend by Cirium data.

Reports in the Chinese newspaper Global Times indicated that in December, China-controlled Indonesian regional airline TransNusa would serve as the international launch customer of the ARJ21 this year.

The publication said that China Aircraft Leasing Group Holdings, which owned 36% of TransNusa, had agreed to purchase 60 of the aircraft for delivery through 2026.

Launched in 2002 by a consortium led by defense contractor Aviation Industry Corporation of China (AVIC), the program saw the prototype take its first flight in 2008, with the first delivery to Chengdu Airlines in 2015.

The Civil Aviation Administration of China (CAAC) issued the ARJ21 production certificate in 2017.

According to Comac, China’s One Two Three Airlines, a subsidiary of China Eastern Airlines, operated three ARJ21s at the end of 2020 and is expected to receive six in 2021 and eight in 2022. “By 2025, the size of the aircraft fleet will reach 35,” it said.

“With the signing of purchase contracts for ARJ21-700 aircraft by China’s three major airlines and the delivery of the first one, as well as the improvement of the production capacity of Comac regional aircraft, the proportion of ARJ21-700 aircraft in China’s regional fleet continues to increase,” Comac said.

Cirium fleets data indicates that Comac has delivered 66 ARJ21s to eight operators by the end of 2021, according to Rob Morris, global head of consultancy Ascend by Cirium.

“There were marginally fewer deliveries recorded last year: 21 compared to 23 in 2020,” he said. “The same data records a firm order backlog of 361 aircraft (from 13 airline and six operating lessor customers) for the ARJ21.”

“Deliveries are expected to increase significantly in 2022 and to most importantly include the first export deliveries to TransNusa in Indonesia.”