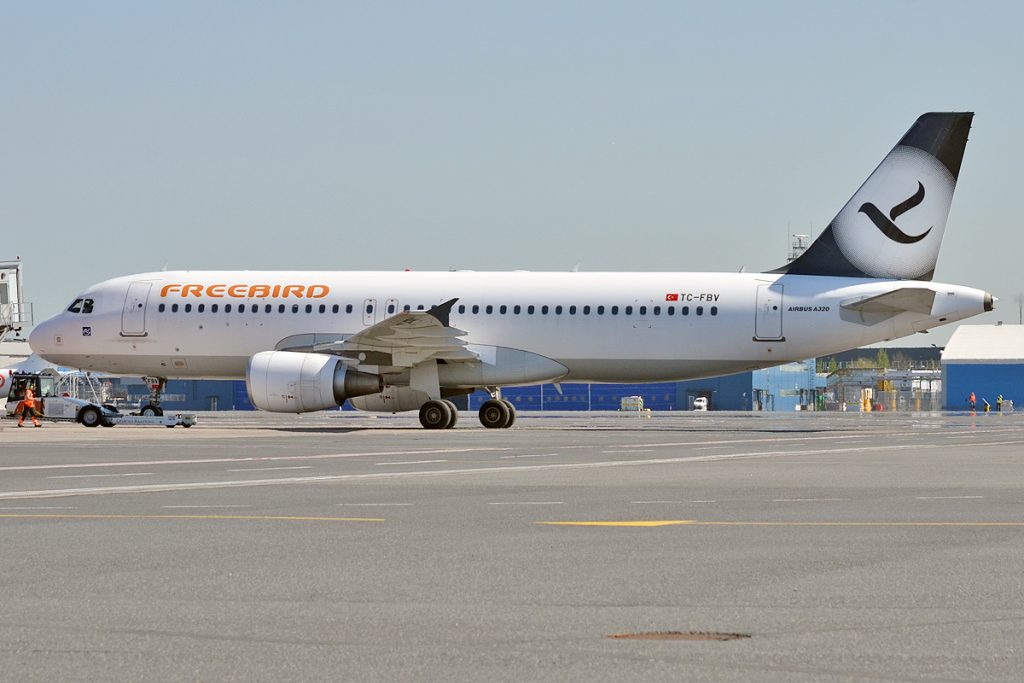 Both airplanes which were previously owned by Chinese carrier Juneyao Airlines (HO), were returned to AerDragon and stored at Shanghai Hongqiao (SHA/ZSSS) in 2021 after the 12-year leasing agreement for both airframes ended.

Gang Li, AerDragon’s Chief Executive Officer (CEO) said in a statement on August 31: “We are happy to expand the relationship with Freebird Airlines,  a long-term partner. We have a strong respect for its proactive and disciplined fleet management,  and are honoured that our aircraft will form part of the core Freebird Airlines’ fleet.

Freebird’s fleet currently consists of 14 Airbus A320’s, four of which are leased from AerDragon, where one operates with Freebird’s Malta division, Freebird Airlines Europe (MI). The two previous deliveries to Freebird from AerDragon were of TC-FHC in 2015 and TC-FBH in 2010.

The delivery of the two aircraft in July and August will help strengthen and expand the relationship between the China based lessor and Freebird Airlines, as implied in the statement from Gang Li, the CEO of AerDragon.

Freebird operates out of their Antalya hub to multiple destinations within Europe including charters. Some of the biggest advertised destinations from Antalya are Frankfurt (FRA), London Gatwick (LGW) and Berlin Brandenburg (BER).

Only few months ago, Freebird announced their expansion out of Gatwick (LGW) with a 4-times weekly service to Antalya (AYT).

Adding on this, they also announced their new route connecting London Gatwick (LGW) and the Turkish western city of Bodrum (BJV) with a twice-a-week service, operating on Wednesdays and Saturdays. Freebird commenced operations on this route in May 2022.

Freebird also operate on an even wider route network, connecting even more cities in Europe to as far as the United Arab Emirates (UAE).

Overall, their route network connects a total of 170 destinations across 26 countries and though unconfirmed, the massive route network may be one of the many reasons Freebird has decided to pick up more aircraft.

One aircraft, one specific color

Their massive route network is not the only thing Freebird sticks out on. Freebird is also very recognizable with their huge variations in color schemes on each aircraft’s tail, and the color schemes extend from pink all the way to dark blue.

It’s hard to tell wether Freebird are taking deliveries of new aircraft to further expand the capacity on their massive route network, including charter capacity or because of a slowly aegeing fleet with the oldest aircraft coming up on 16-years-old and the average fleet being 13-years-old.