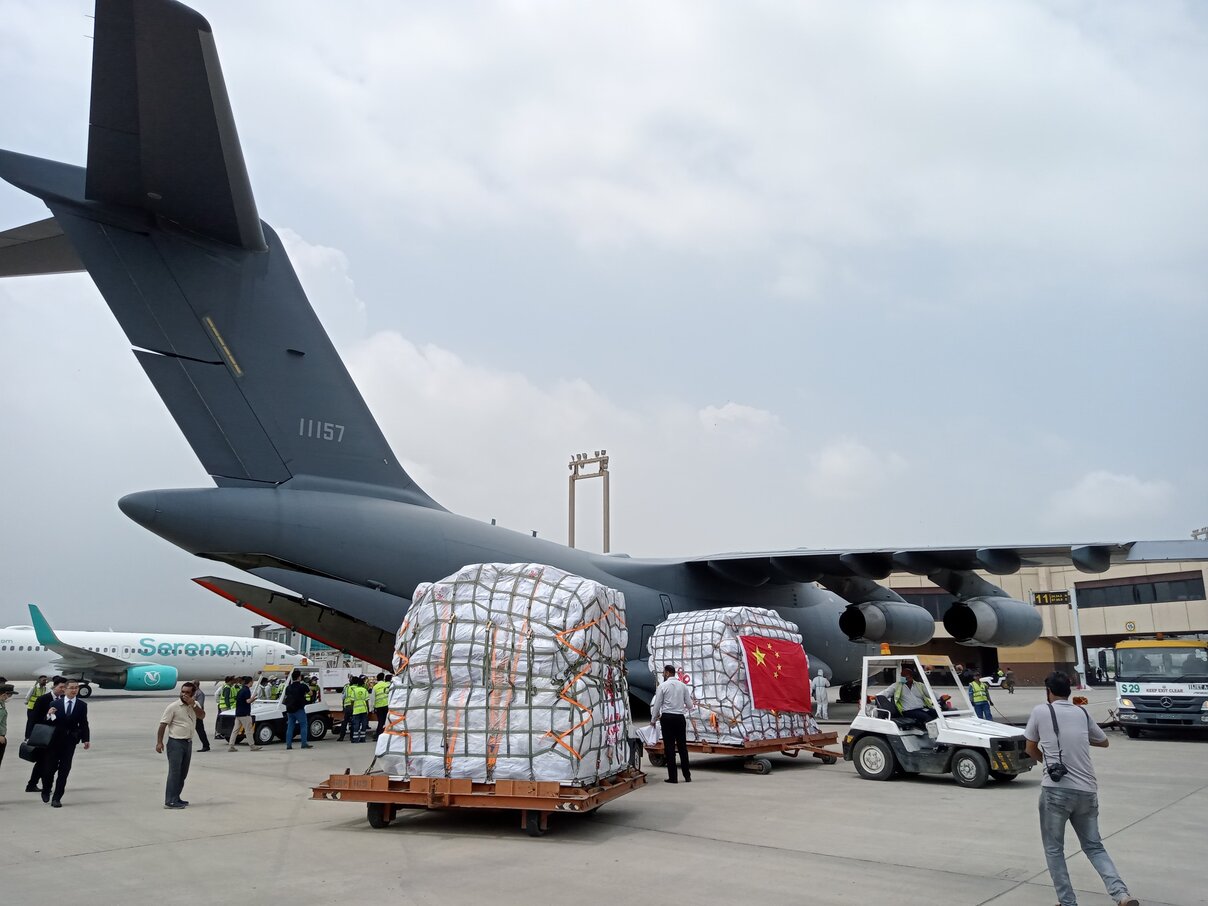 The Consul General of China to Karachi, Zhao Lijian posted photographs and video footage of one of the military transports being unloaded at Karachi airport. He noted China’s swift response to the national disaster rapidly unfolding in Pakistan, and declared their support.

Zhao Lijian spoke at a ministry briefing and repeated his statement via his social media pages, saying that “China and Pakistan have been sharing weal and woe for a long time, reaching out to each other and responding to major challenges such as natural disasters side by side.”

“A ruthless disaster can bring out the best of humanity. More assistance is coming from China to Pakistan for flood relief & post-disaster reconstruction.”

Today’s shipment from China includes 3,000 tents to provide temporary cover for people who have been displaced by flooding.

Flooding in Pakistan has been occurring since mid-June and is said to have now affected over 30 million people. According to Pakistan’s National Disaster Management Authority (NDMA) the southern Sindh province of the country continues to be the worst-hit area, with the floods affecting 23 of its districts and more than 14.5 million residents.

The Chinese Y-20 transport has a payload capacity of around 60-66t, which places it in a similar load capacity range as the Boeing C-17 Globemaster III. The aircraft is typically operated by a crew of three, including two pilots and loadmaster.

It is understood from the state-run tabloid Global Times that a further two flights of aid and supplies are to be flown by the Y20 transports on Wednesday 31 August.