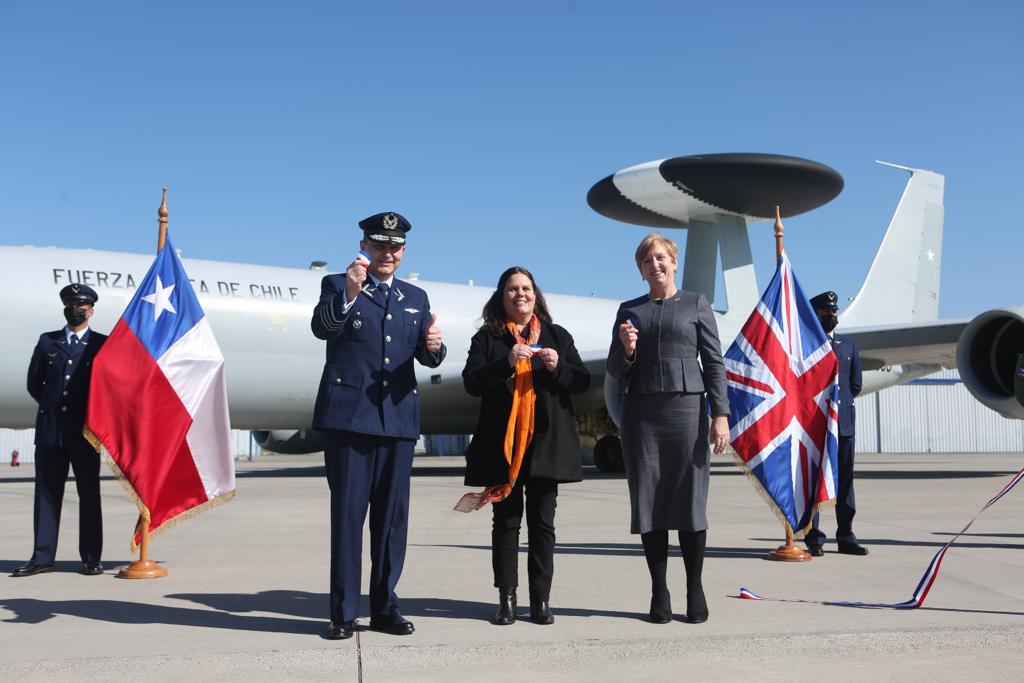 LONDON – Chile has officially taken delivery of two donated E-3D Sentry ‘AWACS’ aircraft which have been donated by the United Kingdom. The two aircraft arrived late last month. A third E-3D aircraft will be used for spares support.

The occasion was also an opportunity to discuss the importance of the delivery and arrival in Santiago Chile, at the end of July, of the two Boeing E-3D Sentry aircraft, purchased from the Royal Air Force, and integrated into the Chilean Air Force. The package includes three aircraft, but the third will serve as a source of spare parts.

The aircraft will replace the Chilean Air Force’s legendary EB-707 Condor, helping the country improve its surveillance of Chilean airspace. The Sentry conducted its final operational flyby on July 30 over Iraq before returning to RAF Waddington, Lincolnshire.

Also known as the Airborne Warning and Control System (AWACS), the E-3D Sentry aircraft was recently welcomed to its base, RAF Waddington in Lincolnshire, by a NATO and RAF Force Commander – signalling its end of service.

Ordered as an urgent replacement for the Shackleton aircraft, the E-3D Sentry entered RAF service in March 1991 as part of Intelligence, Surveillance, Acquisition and Reconnaissance (ISTAR) fleet. This saw the aircraft immediately deployed for service in the first Gulf War, in support of air operations.

Used to track both enemy aircraft and friendly assets, the Sentry was also capable of detecting ships and relaying information to naval aircraft or friendly vessels for further investigation. Since its first deployment, the aircraft has served in Iraq, Afghanistan, Libya and the whole of Middle East. They have also been deployed in the Caribbean and as part of the NATO role.

More recently, the aircraft’s ability to provide a ‘big picture’ of conflict zones has been used in Operation Shader – the UK’s contribution to the US-led mission against the so-called Islamic State.

Flying with 54, 56 and 8 Squadrons, the Sentry conducted its final operational sortie on July 30 over Iraq as part of Op Shader – with the aircraft previously deployed to RAF Akrotiri in Cyprus.

It has also recently supported Operation Fortis, the deployment of HMS Queen Elizabeth and the Carrier Strike Group. Scheduled to retire later this year, the Sentry will be replaced in 2023 by a fleet of three Boeing E-7 Wedgetails – which will operate from RAF Lossiemouth, Scotland.

During the period between the withdrawal of the Sentry and the delivery of the Wedgetails, ISTAR requirements will be covered by other aircraft and Sentry aircraft from NATO allies.