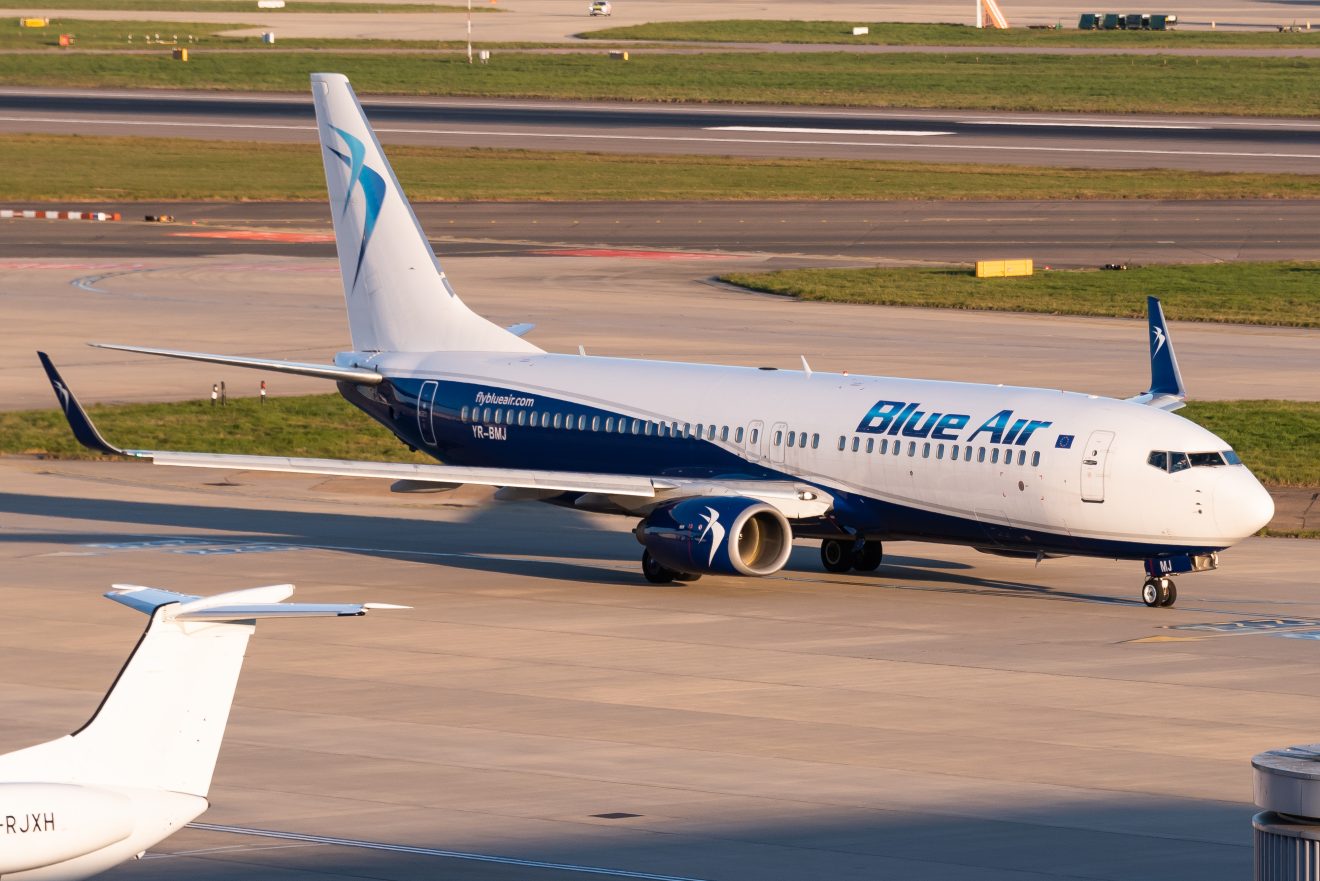 LONDON – Chaos in Romania has emerged as Blue Air has been forced to suspend all operations until Monday over the non-payment of fines pertinent to flight cancellations.

Blue Air was fined 2 million EUR for the cancellation of more than 11,000 flights between April 30, 2021, and April 30, 2022, with Romanian authorities forcing the carrier to return refunds within a maximum of 10 days.

Since then, Blue Air hasn’t paid the fine and has had its accounts seized by the Ministry of Environment, with the airline unable to pay suppliers.

The Romanian low-cost carrier has issued a statement following the suspension:

“Due to an unforeseen situation consisting in the seizure of all the accounts of the BlueAir company by the Ministry of the Environment for non-payment of a fine, the airline company BlueAir Aviation is forced, being unable to pay any supplier, to suspend all flights scheduled to depart from Romania, respectively from Bucharest Otopeni, Bacau, Cluj Napoca, and Iasi until Monday, September 12, 2022.”

“All planned flights from outside Romania to any airport in Romania, today, September 6, 2022, will be operated according to the published schedule.”

“Unfortunately, this blocking of all Blue Air bank accounts came shortly after public statements and direct incitements to “stop buying Blue Air tickets” propagated in the public space by a high-ranking representative of the Romanian State, namely the President of the Authority National for Consumer Protection (ANPC), led to:

Around 3,000 Romanians have been affected by the flight suspensions, which are going to throw travel plans in the air and offer major disruption.

This is not good news for Blue Air, especially with this non-payment of a fine highlighting further the financial woes that the carrier is currently in.

All eyes will be on the Romanian authorities to see what they uncover, as well as whether Blue Air can even pay the fine at all.

As a global recession and inflation begin to hit harder as of next month, Blue Air could very well become the first of many casualties in the airline industry.