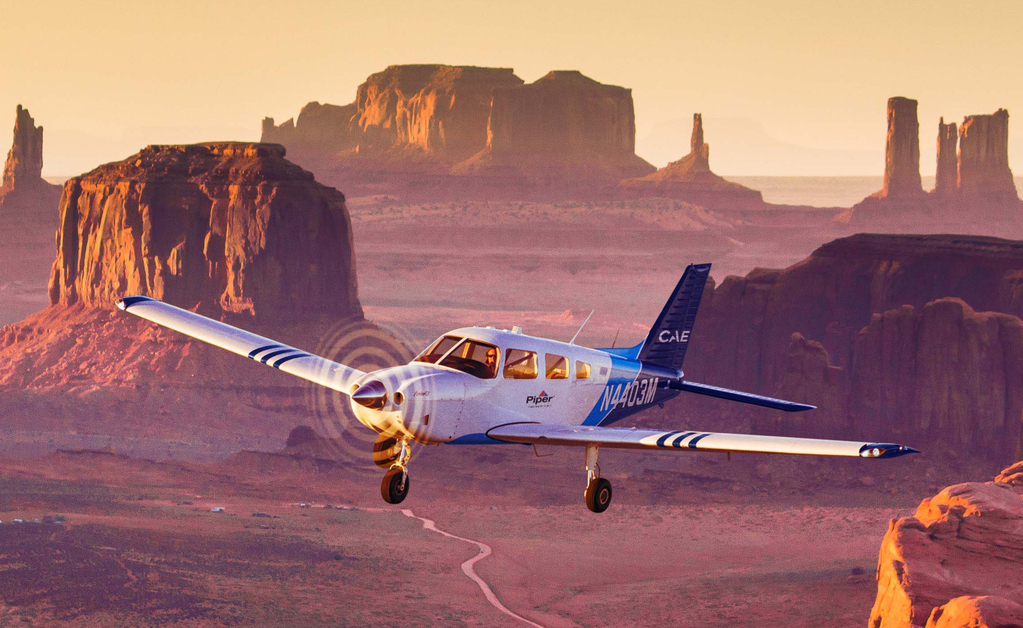 LONDON – CAE Inc, a Canadian manufacturer of aviation simulation technology has announced that it is entering into partnership with Piper Aircraft to develop a Supplemental Type Certificate (STC) for electric powerplant conversion of the single engine Piper PA-28-181 Archer light aircraft.

Swiss corporation H55, the leading provider of technology that is used onboard Solar Impulse, the sun powered world-rounding airplane, will supply the battery systems for the new STC, as stated by the partnership contract.

The engines will be supplied by Safran Electrical & Power with its unique EngineUs 100 electric motor that will provide maximum of 150kV power at takeoff and incorporates an integrated motor controller, stated the press release of CAE.

The CAE Inc. president and CEO, Marc Parent expressed his excitement by saying that “The project combines CAE’s innovative spirit and our commitment to sustainability and comes as the company celebrates its 75th anniversary.”

“As for the move to electrify the Piper, the new propulsion technology stimulated development over the history of aviation. “We’re seeing it here today. This is a leap forward for CAE.”

Piper has produced and supplied over 28,000 Archer units across the globe, and Mr. Marc Parent further added that, “Selecting that model made sense for CAE because it is one of the largest operators of the Piper aircraft. We literally have hundreds of aircraft and a big portion is Piper Archer aircraft.”

The two different variants of Piper PA-28 Cherokee family in 181 class are Archer-II and Archer-III, which comes with fixed landing gear, Lycoming O-360-A4M engine of 180HP with gross weight of over 1,157KG, which were first certified in 1975 and 1994 respectively.

The powerplant Lycoming O-360 is comprised of four-cylinder, direct-drive, air cooled piston engine with its first certification being done in 1955. Apart from Piper, this engine has been a choice for the Cessna 172, Grumman Tiger and many similar light aircraft.

While addressing the Piper, Mr. Parent further asserted that “Piper is absolutely positioned to bring in leaders in electrification together to develop a modification for the aircraft.”

“The modification will be important for CAE not only in making its training more sustainable but also in helping to train students on the operation of electrical aircraft, which we see as an important need for the future of aviation.”

The new project has drawn support from the Project Resilience program under which CAE Inc plans to invest over CAD$1 billion spread across the coming 5 years in innovation through a partnership with the governments of Canada and Quebec, asserted the CAE press statement.

The outline of the partnership has also stated that the plans for CAE to make the STC available, not only for its flight schools, but also to the other operators worldwide. The partnership agreement also states that Piper will have the ability to leverage the STC for its other products and into their production line.

Ron Gunnarson, Vice President for Sales, Marketing and Customer Support at Piper added that “the approach is similar to the one it took with the Continental CD-155 engine that can run on diesel or jet-A and is offered in an Archer airframe. The company plans to move forward with such evaluations.”