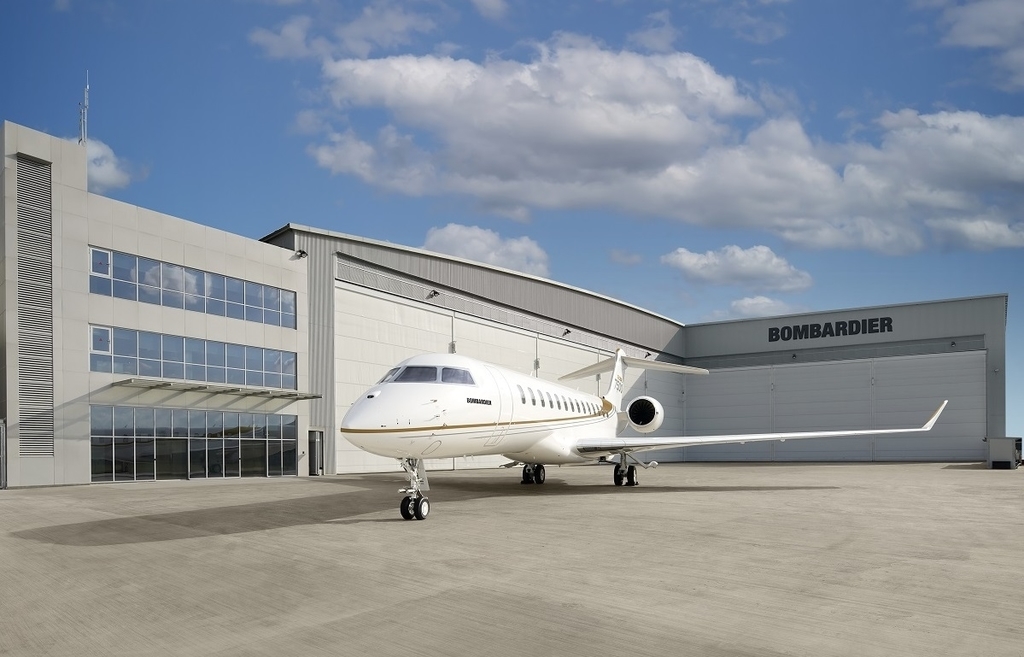 The new facility will be one of Bombardier’s boldest steps in the Asia Pacific region. The service centre itself is located at the ever-growing Singapore Seletar’s Aerospace Park.

Nevertheless, Bombardier had a good grounding in Singapore well before the opening, in fact, the facility first opened in 2014. Since its establishment in that year, the facility has quadrupled from its previous footprint of 70,000 sq ft. to 290,000 sq ft.

The newly expanded facility will also accommodate the newly launched Bombardier’s flagship Global 8000 product. The facility is able to accommodate all of Bombardier’s product lineup: the Learjet, Challenger and Global Aircraft. The new service centre is a one-stop suite for Bombardier aircraft operators.

Furthermore, customers will have more flexibility with the addition of the BR710 engines from British engine manufacturer Rolls – Royce which are currently stored on-site, giving flexibility for operators.

Moreover, the facility also has the sought-after structural and composite repairs capabilities, which will add $15 million on top of the spare parts inventory.

The newly expanded service centre meant that this facility could accommodate up to 2,000 aircraft yearly, which is significant given its facility space at such a congested airport as Seletar Airport.

“With this major expansion, the Singapore Service Centre will provide infinite benefits, including quicker aircraft turnarounds, greater convenience and peace of mind to Bombardier’s growing customer base in Asia.”

“Customers can also enjoy access to the complete range of OEM customer service and support at their doorstep. This is truly a special day for Bombardier and our growing aftermarket network.”

Despite rapid expansion, the company is also committed to sustainable growth. To offset the carbon emissions emitted, the building itself is future-proof.

Bombardier has equipped its facility with solar panels on the roof, as well as a redesigned car park structure which would reduce fuel and energy consumption at the facility. This could be translated that 15% of energy being saved.

The expansion of the new facility is a symbolic move from Bombardier. Firstly, it places great trust in the Singaporean aviation market and its incredible infrastructure at Seletar Airport.

Secondly, the company sees the Asia-Pacific region as a region with many potentials for aircraft sales, and the need for servicing the aircraft that comes with it. The present facility in Singapore currently employs 200 staff.

Bombardier also has other global service centres, including at Miami-Opa Locka Executive Airport and in Melbourne, Australia; UK’s Biggin Hill airport and a service facility in Berlin, Germany.