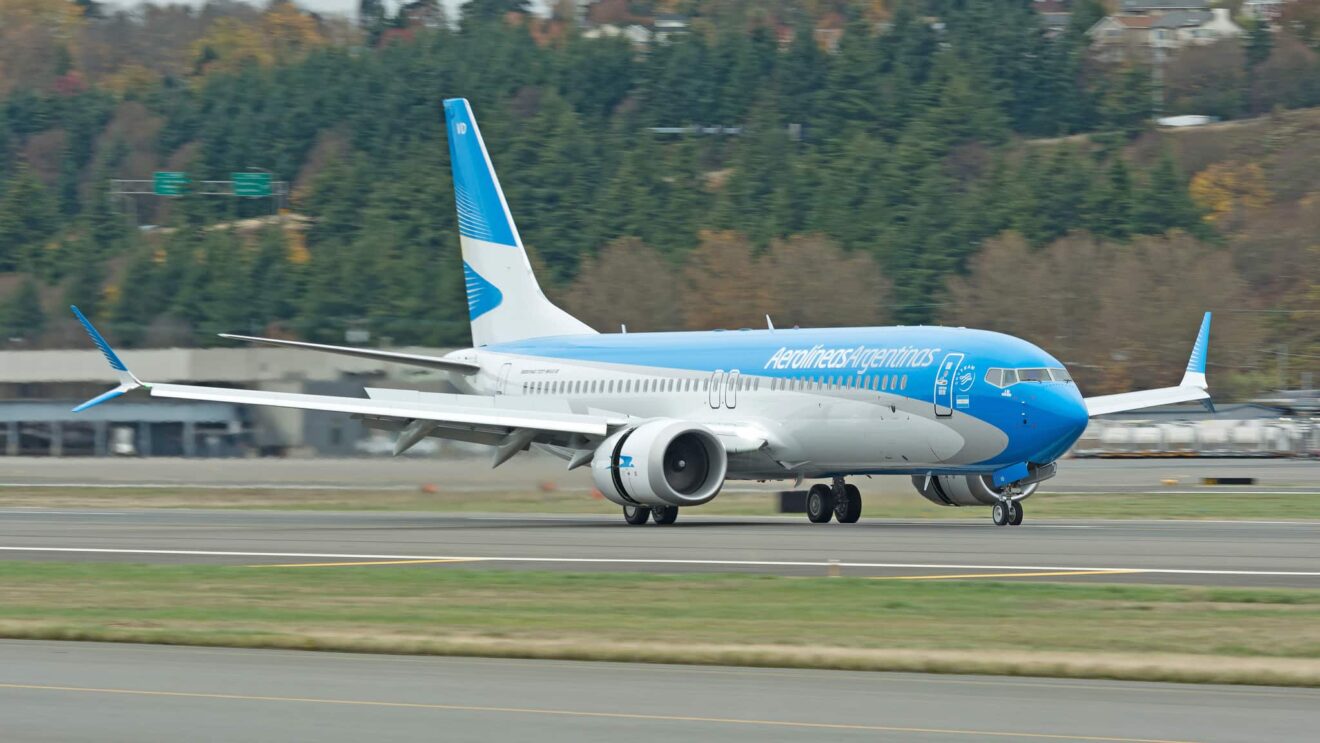 LONDON – According to Aviacionline, an Aerolineas Argentinas Boeing 737 MAX aircraft has been subjected to a bomb threat at Aeroparque Jorge Newbery in Buenos Aires.

LV-GVE, the MAX aircraft in question, was due to depart from the airport at 1155 local time but was moved to a safe position, and passengers were disembarked off the jet.

LV-GVE is a Boeing 737 MAX 8 that has been with Aerolineas Argentinas for 4.7 years at the time of writing, having been delivered in December 2017.

It is understood that there was a total of 178 people onboard the flight as well.

Aviacionline also mentioned that the Airport Security Police had given the all-clear for the flight to go ahead, with the flight still in the preparation stages at this time.

It’s unclear at this stage how badly delayed the flight will be as a result of this, but for the passengers, it will be worth it if there is no bomb onboard the jet.

Bomb threats around the world on civilian airliners have begun to become more of a regular occurrence, particularly in Europe, due to the ongoing Ukraine Crisis.

For example, Air Serbia received bomb threats back in March on its Belgrade-Moscow services.

One Mile At A Time has logged these incidents, which have amounted to around four incidents in the last nine to ten days.

This is a developing story. We will continue to track the aircraft until it departs.