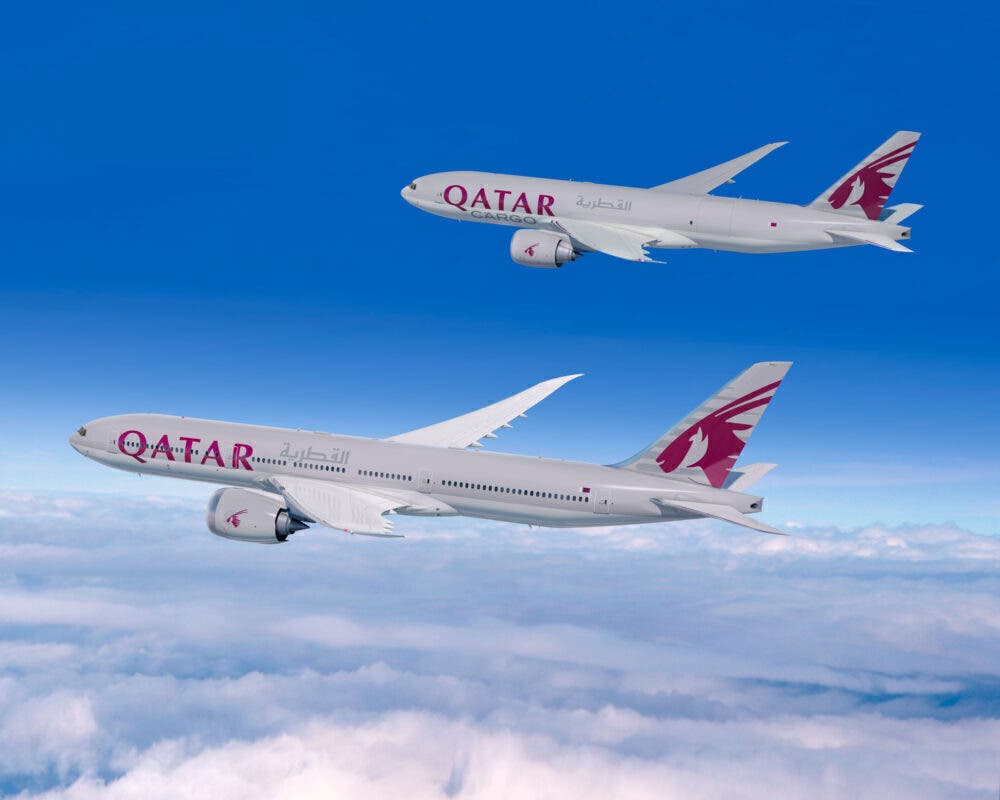 LONDON – According to Reuters, Boeing could secure a launch order for its proposed 777X Freighter program from Qatar Airways when the country’s ruling emir visits the U.S next week.

The airline is potentially looking at placing an order for as many as 50 freighters, which would add $14bn to Boeing’s order book.

On top of this, it would accelerate Boeing’s position in the widebody freighter market as well, especially with the A350 Freighter already taking orders.

If all 50 are ordered as well, this would place Boeing in the lead against its competitor.

This is not a surprising order…

In an analysis released by AviationSource, we predicted that Qatar Airways would approach Boeing for another order, but we were unclear about what sort of order that would entail.

This comes following the ongoing feud between the airline and Airbus over A350 surface degradation issues.

Airbus responded by canceling a contract for 50 A321neos.

With the airline using 777s already from Boeing, it would make sense for this order to come about.

With the airline facing issues with the A350, ordering the A350 Freighter would probably be seen as counter-intuitive from their side.

All we can do now is sit back and wait for this order to be announced, and to see whether we see such expansion from the 777X freighter.