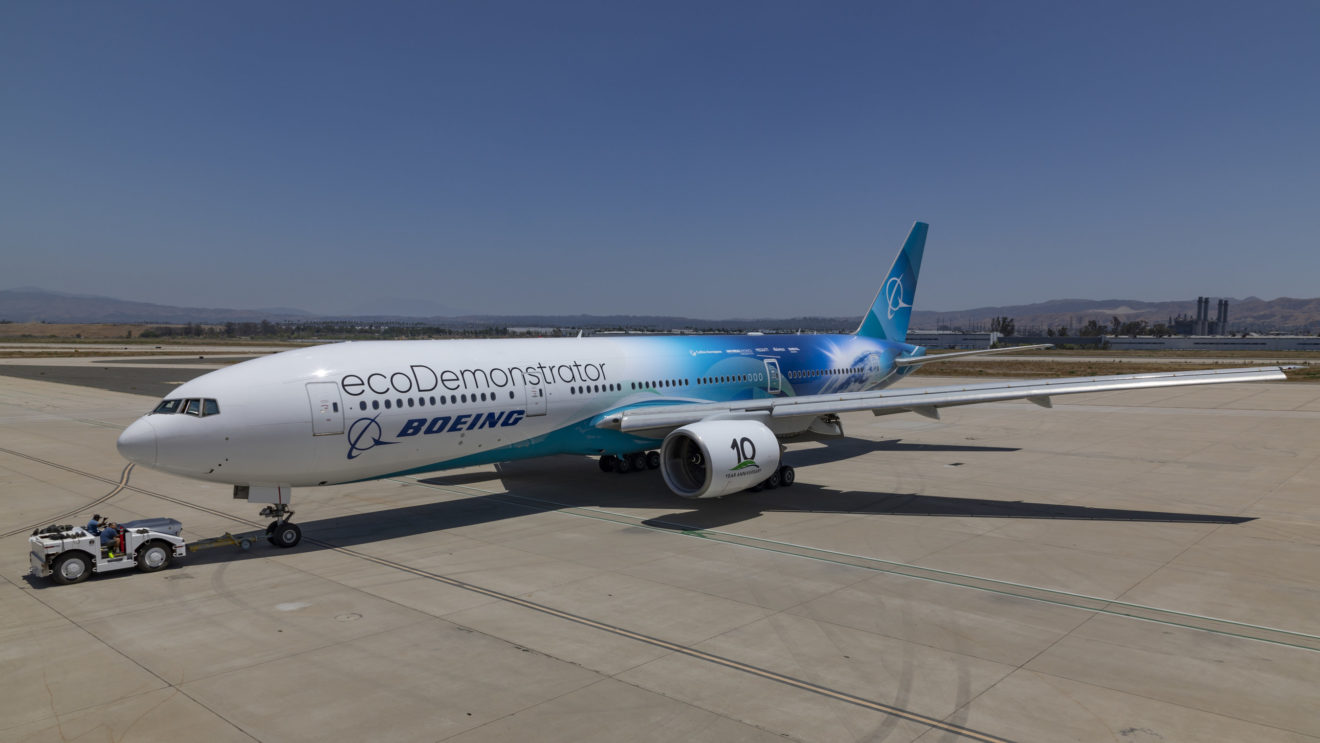 LONDON – Boeing has today outlined its testing program for its new Boeing 777-200ER ecoDemonstrator aircraft, with sustainability at the top of its aims.

The American aircraft manufacturer will test around 30 new technologies which will operate with a 30/70 blend of sustainable aviation fuel and conventional jet fuel.

Boeing’s new ecoDemonstrator will commence testing the following new technologies over the next six months:

“Boeing is committed to supporting our customers and enabling the commercial aviation industry to meet our shared commitment to net-zero carbon emissions by 2050”.

“The ecoDemonstrator program’s rigorous testing of new technologies further enhances the environmental performance of our products and services and is invaluable to continuously improve safety.”

“The Boeing ecoDemonstrator program brings together the two most important ingredients to a more sustainable future – innovative technologies and partnerships with customers, suppliers, government agencies and academia”.

“We celebrate the past successes and look forward to continuing this iconic program to help decarbonize aviation, together.”

The aircraft started out its life with Singapore Airlines, with the delivery happening in November 2002 as 9V-SVL.

9V-SVL was then transferred to Boeing Capital Corporation in March 2018 as N817BC, before being delivered to Air New Zealand in May 2018 as ZK-OKI.

From there, it remained with the Kiwi-based carrier for a year before going back to Boeing Capital Corporation in May 2019. Around seven months later, the aircraft then went to Surinam Airways as PZ-TCU.

Surinam Airways then kept hold of the aircraft until January 2022, when it was transferred to the Boeing Aircraft Holding Company and has been stored in San Bernadino since May 6.

And that is that on the history of the aircraft. It will no doubt make some progress on the ecoDemonstrator program, especially as the ramp-up surrounding sustainable aviation becomes more prevalent.