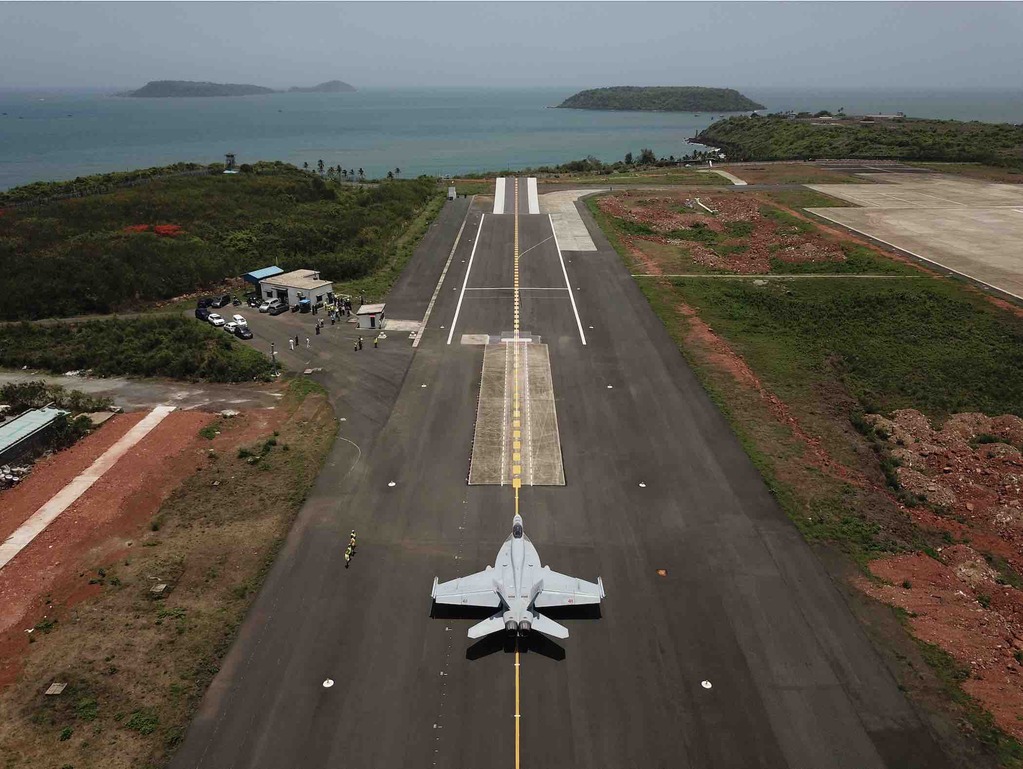 These demonstrations will ensure that the F/A-18 will have the ability to co-operate to the requirements laid out by the Indian Navy. The test flights were concluded at the Indian Naval Station Hansa in Goa.

There was a total of two F/A -18 Super Hornets dispatched to India to perform the ‘Top Gun’-like show in India (minus Tom Cruise) and they have been very successful in impressing their Indian counterparts. Recently, the Indian Navy has been actively looking for aircraft that are compatible with their aircraft carriers.

“As the most advanced frontline multi-role naval fighter, the F/A-18 Super Hornet is one of the world’s most proven and affordable multi-role fighters and continues to evolve with the development of the next-generation Block III capability which will be game-changing for India.”

“With the Super Hornet Block III, the Indian Navy would not only get the most advanced platform but would also benefit from tactics, upgrades and knowledge related to the naval aviation ecosystem that the U.S. Navy offers,”

Moreover, the tests conducted prior coming to India consisted of eight ski-jumps with take-offs in numerous weights and configurations, held at Naval Air Station (NAS) Patuxent River in Maryland in 2020.

These showcased the F/A-18 extreme capability to operate from an aircraft carrier or a “short take-off but arrested recovery” (STOBAR). This aircraft would be a game changer for the Indian Naval Air division.

Boeing is already a known global leader in aerospace manufacturing; in commercial aircraft space and defence product in more than 150 countries. The American company is one of of the top exporting companies in the USA, whereby employing tens of thousands of employees across the country, and playing a crucial role in the development of the U.S economy.

Boeing is not at all alien to the Indian market as the company has had a long standing relationship with the country. Boeing, being a manufacturer and also a consortium plays a vital role in the aviation scene of India, especially strengthening the Indian Air Force and the Indian Navy.

Boeing has closely collaborated with 275 local companies in the country in a form of joint ventures for the manufacturing of fuselages for Apache Helicopters, for instance. Approximately 4,000 people are being employed in Boeing India and directly supports 7,000 people working for Boeing’s supply chain and partners.