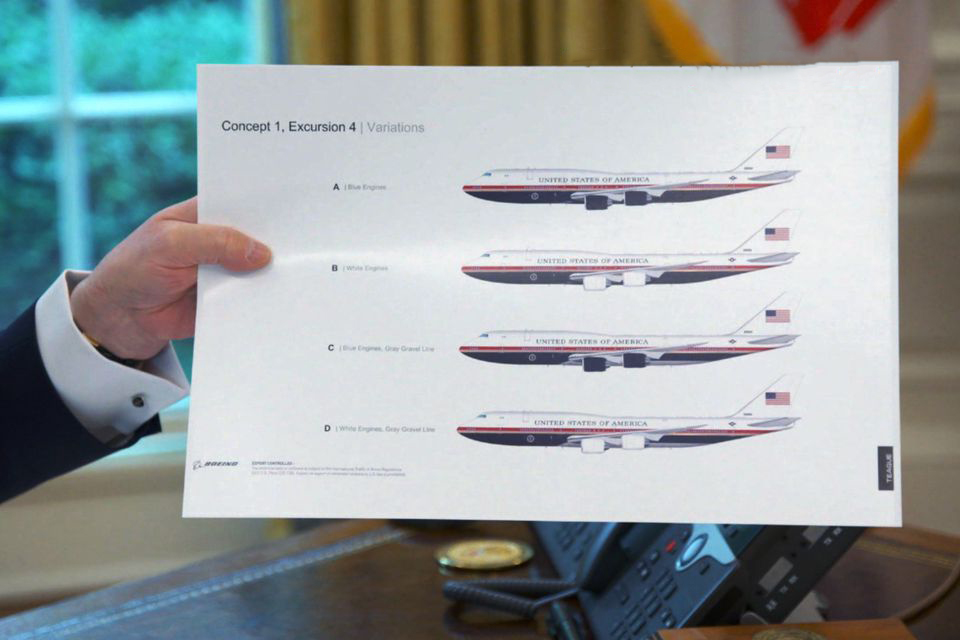 It has been revealed via the company’s first-quarter earnings call that around $660 million was lost building the two aircraft.

Calhoun commented on this in the earnings call:

Why Was It A Bad Deal?

The deal stated that Boeing would have to pay for any cost overruns during the conversion of the two aircraft according to DefenseOne.

It is understood also that former and disgraced CEO Dennis Muilenburg personally negotiated the terms of Air Force One with the White House.

Calhoun nor Boeing have officially confirmed whether this order will still be going ahead.

On the Boeing website, their page about Air Force One has changed in the messaging it gives to its audience.

For example, when President Trump was still in power, their overview said: “From Presidents Roosevelt to Trump”.

Now, it says “From Presidents Roosevelt to Biden”.

When Are The New Air Force One Aircraft Due to be Delivered?

A CNN report from 2018 highlights that the first aircraft should have been ready last year, although President Biden hasn’t officially received this jet as of yet.

This has aroused suspicion, especially with President Trump ordering for the aircraft to be delivered last year, which was three years sooner than the original plan of 2024.

At the time, under the control of Muilenberg, Boeing said the following on the $3.9bn order:

“Boeing is proud to build the next generation of Air Force One, providing American presidents with a flying White House at outstanding value to taxpayers”.

“President Trump negotiated a good deal on behalf of the American people.”

More of a Disadvantage For Boeing Than The Taxpayer…

The White House is staying quiet on this at the time of writing. However, this is probably because it is more of a disadvantage for Boeing than it is for the taxpayer.

A singular benefit from this deal was that the $3.9bn price tag should have been in the $5bn region instead, meaning the taxpayer has saved around $1.9bn as a result of this deal.

That being said, it is clear that Muilenberg shouldn’t have agreed to the terms that were being negotiated with the former President at that time.

It will be interesting to see whether this level of disgruntlement from Calhoun will result in Boeing revoking the contract or not.

Then again, if Boeing are wanting federal contracts, it is probably best if Calhoun leaves his comments where they are, as all business counts in the wake of a struggling manufacturer.

For now, we await the delivery of the two new Boeing 747s and we will see whether it has indeed been changed into its new colour scheme.