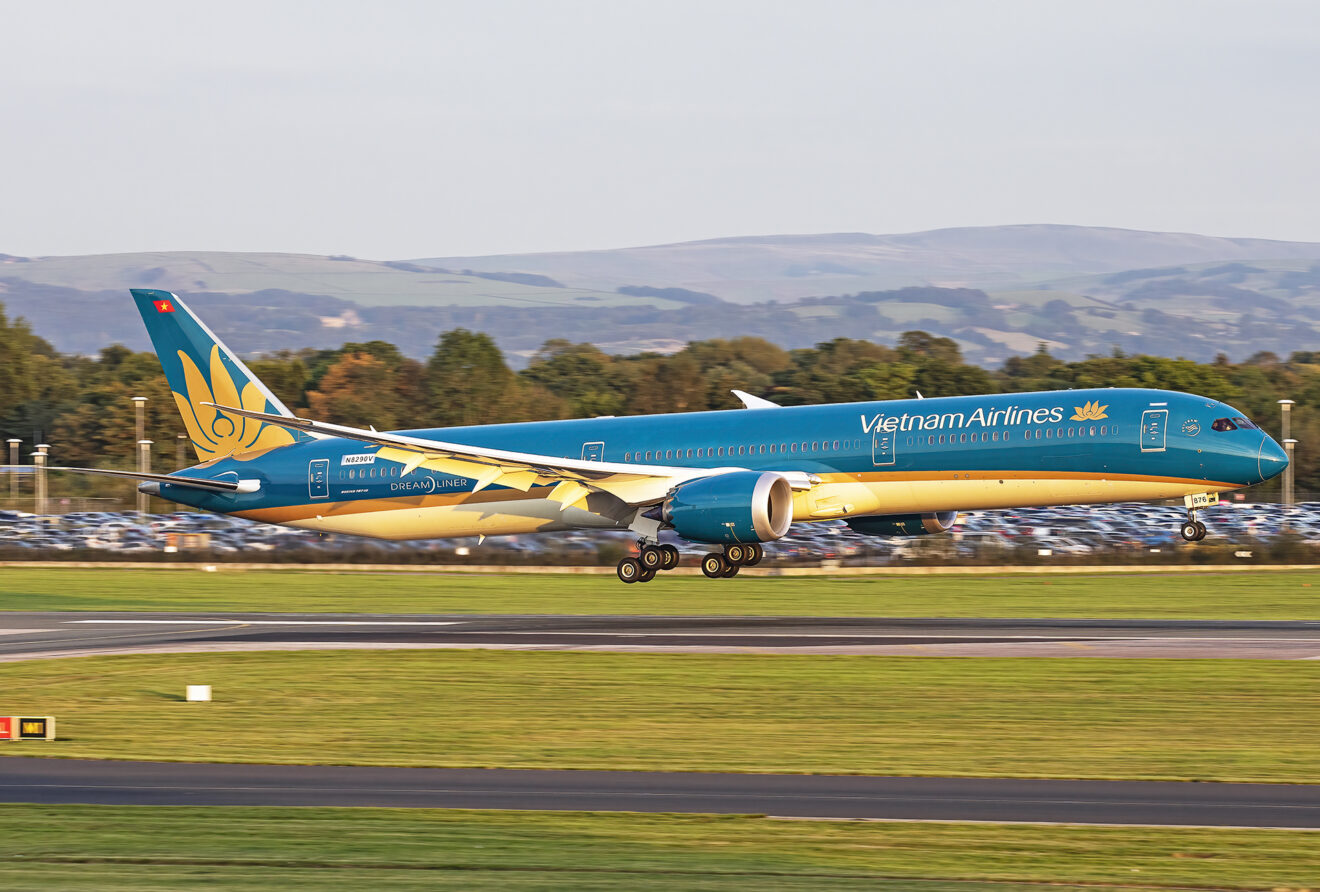 LONDON – A Boeing 787-10 Dreamliner in Vietnam Airlines colors has been spotted at Manchester Airport over the course of this week, following a tour around the UK.

The aircraft in question, N8290V, is a 1.5-year-old Boeing 787-10 Dreamliner destined for Vietnam Airlines as VN-A876. However, there are rumors that the aircraft won’t be taken up by the airline for unknown reasons.

Vietnam has four of the -10 variant on order, with no indication of cancellations at this time.

It is strange that an aircraft like this with a Boeing callsign has been doing random flights around the UK, with the testing of 5G interference coming to mind on this.

The United Kingdom does have areas where 5G is in operation, and the areas where this has already been set up do make sense for the airports it has traveled to thus far.

A report by the FAA in January said the following on 5G interference:

“During landing, this interference could prevent the proper transition from AIR to GROUND mode, which may have multiple effects.”

“As a result, lack of thrust reverser and speed brake deployment and increased idle thrust may occur; and brakes may be the only means to slow the airplane.”

Data from RadarBox.com highlights that the aircraft has been in the UK since the evening of September 7, 2022, and is due to head back to Charleston today.

14 test flights have taken place in that time, with the longest test flight recorded at two hours and thirty-three minutes.

Data from RadarBox.com also shows that in this long test flight, the aircraft was doing circuits around Bristol Airport following its departure from Heathrow at 1102 local time that day.

The jet then returned to Heathrow at 1335 local time before ferrying itself over to Stansted and flying to Heathrow a couple of times once again.

From there, the aircraft has done multiple trips to Manchester and has since been on the ground.

With Manchester, London & Bristol all having 5G capabilities in their cities, this may not come as much of a surprise if they are testing 5G interference on the aircraft.

AviationSource has approached Boeing for a comment on these flights, and at the time of publication, they have not responded yet. We will update this article if and when a quote comes in.

Whatever the reason may be for the visit, it is definitely an interesting movement to see pottering around England, with many enthusiasts heading out to see the aircraft in question and take photos.

It’s going to be interesting to see whether Boeing will send more of their test aircraft into the UK in the future, or whether this is just a one-off occurrence.

But for now, the last chance for spotters and enthusiasts to see this jet is at Manchester Airport when it departs back across the pond to Charleston.