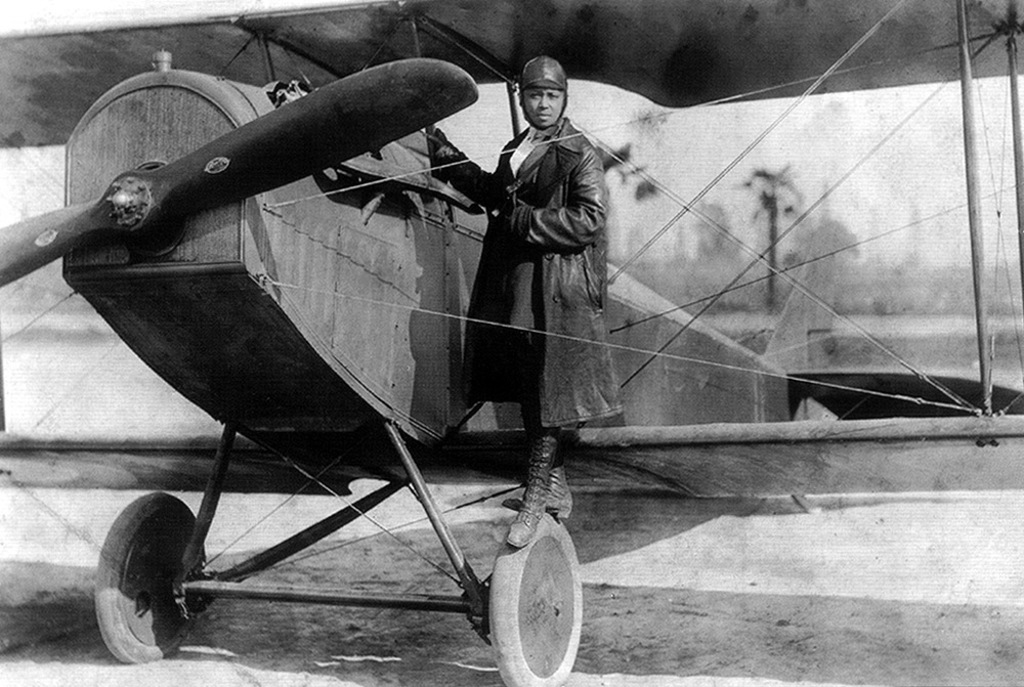 LONDON – US carrier American Airlines has flown a Dallas-Fort Worth to Phoenix flight with an entire all-black female crew to celebrate the 100th anniversary of the first black woman to earn a pilot’s licence in 1921 – Bessie Coleman. She bravely broke down barriers within the world of aviation and paved the path for many to follow.

To honour her legacy, American Airlines hosted Gigi Coleman, Bessie’s great niece, on the commemorative flight from Dallas-Fort Worth to Phoenix.

The flight was operated by an entirely all-black female crew – from the pilots and flight attendants to the cargo team members and the aviation maintenance technician.

Bessie Coleman was born in Atlanta, Texas on January 26, 1892. Part of a large family, she had 12 brothers and sisters. Her mother Susan was an African American maid, and her father George was a sharecropper of mixed Native American and African American descent.

After her father was forced to move to Oklahoma to escape discrimination in 1901, Bessie remained to assist her mother with labouring work.

By the time she was 18, Bessie had saved enough money to attend the Colored Agricultural and Normal University (now Langston University) in Langston, Oklahoma. Sadly, she was forced to drop out after only one semester as she was unable to continue to afford attendance.

Following the outbreak of war in Europe, Bessie attended Burnham School of Beauty Culture in 1915 and became a manicurist. Her brothers were engaged in military service, and it was when her brother John returned and teased her about the fact that French women were allowed to fly planes and she could not, that the fire was lit.

Applying to numerous flight schools across the US, Bessie found herself repeatedly turned down on two counts – she was an African American, and she was a woman.

Taking French classes at night, Bessie applied to French flight training schools, and was accepted by the Caudron Brothers’ School of Aviation in Le Crotoy, France, where she gained her international pilot’s licence on June 15, 1921.

Becoming an adept aerobatic pilot, Coleman inspired other women and black Americans to learn how to fly; speaking publicly and travelling the country giving flight lessons and performing air displays. Her popularity gradually extended beyond the USA and into Europe.

Two years into her career, Coleman survived a major accident following an engine failure. She fortunately escaped with only a broken leg and cracked ribs.

The accident did little to slow her down, and in 1925 she had earned enough money to buy her own aircraft – a Curtiss Jenny JN-4.

Tragedy struck in the following year, when on April 30 1926, Coleman went up on a test flight with mechanic William Wills, who piloted the aircraft. At 3,000ft, a loose wrench in the engine compartment caused Wills to lose control of the aircraft.

Not wearing a seatbelt, Coleman fell from the aircraft as it rolled out of control, losing her life. In spite of the tragedy of her death, her legacy was not forgotten, and Bessie Coleman had already inspired and empowered many with her passion and conviction. She doggedly refused to perform or speak at places where clear racial discrimination existed.

American has an admirable culture of promoting equality and diversity on the flight deck. In their statement, the airline observes that black women have been notably underrepresented in the aviation industry, especially as pilots – representing less than 1% in the commercial airline industry.

Through the American Airlines Cadet Academy, the airline is committed to expanding awareness of and increasing accessibility to the pilot career within diverse communities.

The celebratory all-black all-woman flight follows recent news of the airline’s donation of US$1.5 million to the Organization of Black Aerospace Professionals (OBAP).

Author footnote: As a writer, my inspiration has long been drawn from the words of African American novelist and playwright Alice Childress: “I continue to create because writing is a labor of love and also an act of defiance, a way to light a candle in a gale wind.”