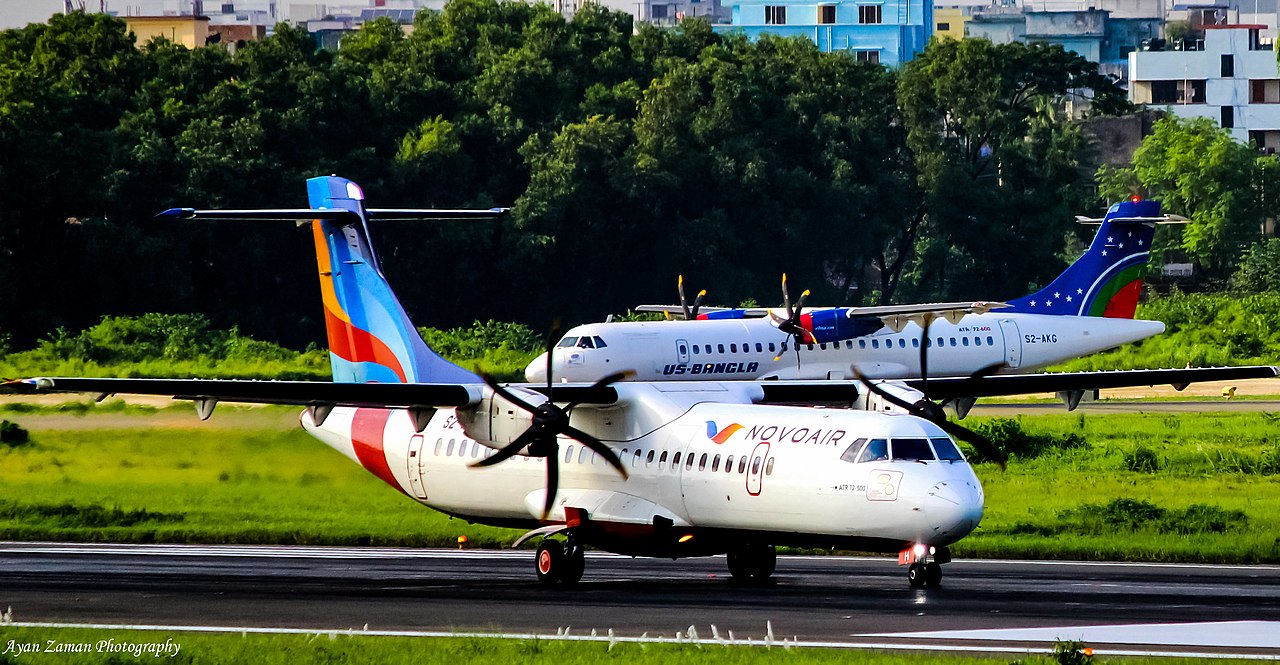 LONDON – Three Bangladeshi airlines, Biman Bangladesh Airlines, US-Bangla and NovoAir, are struggling to lure passengers on flights from Dhaka to Jessore and Barisal provinces as travellers heading south have preferred to use the regional bridge of Padma since its opening at the end of June.

Airlines have already drastically reduced ticket prices on flights from the capital Dhaka to the two provinces, but this has not had a significant impact on low passenger traffic.

In light of these circumstances, NovoAir has decided to temporarily suspend flights to and from Barisal from August 1. Representatives of the other two airlines said they were monitoring the situation and expected it to change soon.

An hour by car

Biman’s spokesperson, Tahira Khundukir, told the Dhaka Tribune newspaper on Wednesday that the national carrier has adjusted fares for flights to Jessore and Barisal.

US-Bangla spokesperson Kamrul Islam said on Wednesday: “No mode of transportation is ever in competition with the others. Those who travel by air will travel by air. We are not yet considering suspending flights.”

He added that it was the off season for air travel and that travelers appreciated using the recently opened Padma Bridge as it saved them time and money.

Barisal-linked businessman Sajib Khan said he used to travel by air but can now get to Dhaka for work within an hour’s drive.

“I used to depend on flight availability and had to wait four hours for one, but now I can use the car to travel whenever I need to,” he added.

Mahboob Zaman, who was a regular aircraft passenger, said: “It takes three or four hours to travel by bus, but we can start the journey immediately after work instead of waiting for the flight. This saves both time and money.”

In a social media post, Rahman also criticized Biman Bangladesh Airlines (BG, Dhaka) and blamed it for forcing NovoAir on a ‘suicide flight’ for having to lower fares to retain market share against the state-owned carrier.

Rahman has been outspoken about state-subsidized flights from Biman Bangladesh, which has allowed it to drastically cut ticket prices, while the country’s private airlines are struggling to compete amid soaring aviation fuel hikes.

Rahman is also the Secretary General of the Aviation Operators Association of Bangladesh (AOAB), representing the country’s private airlines, which filed a formal complaint to the government over the uncompetitive state of the local aviation sector.

In a July 7 letter shared by Rahman on social media, Padma Oil said the price of the Jet A1 would rise overnight to BDT130 taka ($1.22) per litre at Dhaka, Chittagong and Sylhet airports.

“We are in the process of our ticket prices descending in the competition to take market share from domestic passengers. A suicide flight that we are forced to take by our national carrier Biman, which has no register to keep.”

“Airlines are at the mercy of the only fuel supplier Padma (BPC) who charges at least 50-60 percent more than the world average. When the price of fuel drops in the international market, the domestic price is not adjusted accordingly.

“We need another 20-25 percent to pay for fuel for domestic flights. If this is the way to go, Bangladesh will never have viable private airlines,” he said.