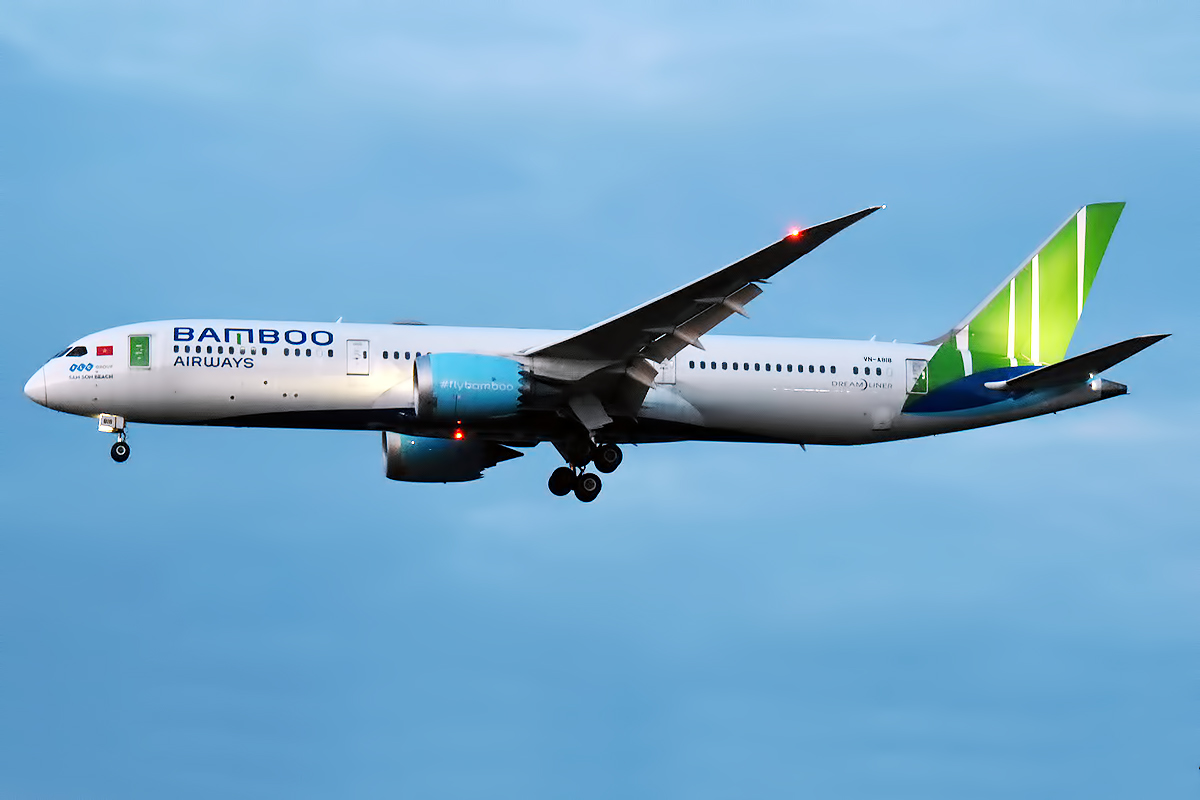 LONDON – Over the past week, the Vietnamese carrier, Bamboo Airways, has appointed a new Chief Executive Officer and has begun scheduled services to the Cambodian city of Siem Reap.

On July 29, Bamboo Airways announced that Mr Nguyen Manh Quan will hold the position of Chief Executive Officer (CEO) for the carrier starting from a pre-dated July 27, replacing their current CEO Mr Dang Tat Thang who has been the carrier’s CEO since its establishment in 2017.

The new CEO transfer is part of not on the airlines, but their owning company, FLC Group’s senior management personnel consolidation in order to create a new foundation for Bamboo Airways to move faster and more sustainably towards its long-term development goals, ultimately future-proofing the airline.

Since 2017, Bamboo has taken the Vietnamese aviation sector by storm, becoming Vietnam’s first 5-star airline service, being the first private Vietnamese airline to operate widebody and regional aircraft, as well as deploying many of the country’s first nonstop routes in history and connecting new emerging tourist destinations, such as Con Dao, Rach Gia and Dien Bien.

We are more than delighted to offer 5-star-oriented services at Siem Reap International Airport and look forward to leveraging this valuable partnership with many more upcoming routes in the future.”

“In addition, we expect our new Vietnam – Cambodia route will fulfil its crucial role as aviation bridge and make a substantial contribution to the development of both countries in all aspects such as tourism, economy, culture, etc.”

Adding to Hoang’s comments, CCO at Cambodia Airports, Stephen King, says, “In this challenging time, it is a breakthrough to welcome a new carrier. We are delighted to welcome Bamboo Airways today.

We know passengers will appreciate the extra choice offered by the airline’s new service linking Vietnam’s vibrant capital Hanoi and the wonderful city of Siem Reap.”

“This is a further sign of the rebuilding of tourism after the successful vaccination campaign led by Cambodian authorities and subsequent reopening of the Kingdom’s borders. We look forward to welcoming new routes between our two countries with Bamboo Airways in the coming months.”

Looking into the comments by both seniors on the new Cambodian service, it is evident that Bamboo is not yet done with Cambodia and has plans in the works to connect more of Vietnam to the country and vice versa. It will also be interesting to see what plans the carrier’s new CEO has in store for the airline and where it will take them next on both their expansion and sustainability journey.