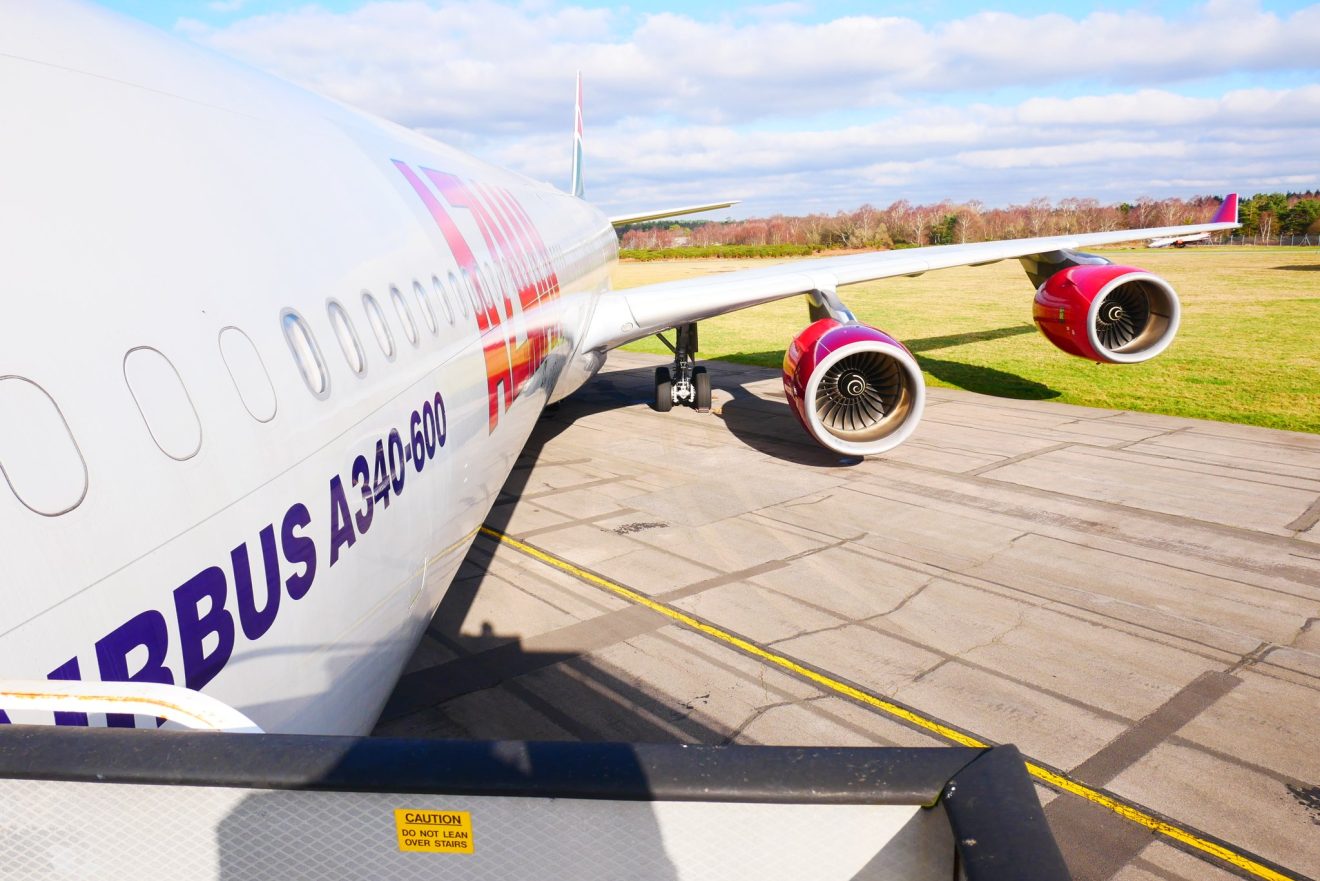 LONDON – Yesterday, an Azman Air Airbus A340-642 suffered a fire on its landing gear upon arrival on the stand at Jeddah International Airport.

ZQ2350 landed in Jeddah at around 0030 local time, with footage showing a fire around what appears to be the left-hand main or center body gear whilst passengers deplane.

According to JACDEC, a crewmember extinguished the flames by using fire extinguishers that were onboard the aircraft.

5N-AAM was delivered to Azman Air in March 2020 but first started out life in August 2006 with Virgin Atlantic Airways as G-VYOU.

By October 2019, the aircraft was retired under the Doric Aviation name and was subsequently transferred to European Aviation as 2-EALJ a month later.

It is understood that the aircraft has been in Jeddah since the incident, with more information to follow in due course.