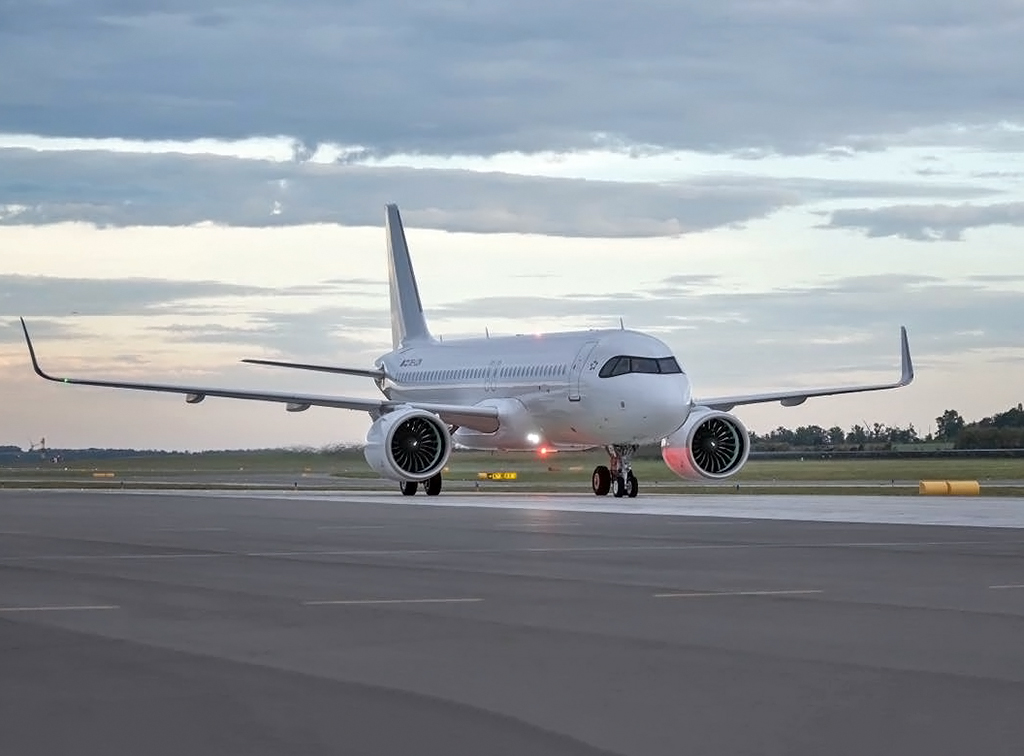 The first of the A320neo family aircraft is registered OE-LZN and is powered by the latest PW1100G Pure Power engines from Pratt & Whitney.

The aircraft was flown from Toulouse to Vienna on ferry flight number OS1472.

The newest member of the Austrian fleet was handed over to Austrian Technik after landing.

The technical team will take care of upgrading the cabin layout and seat installation, as well as painting the aircraft – this will take place in Bratislava, according to information accessed by the German portal aeroTELEGRAPH. The first commercial flight of the new A320neo is scheduled for mid-October.

As previously reported, the Austrian carrier will add four Airbus A320neo aircraft to the Austrian fleet between September 2022 and April 2023.

The aircraft will be delivered directly to Austria from an order placed by Lufthansa and will replace the oldest A320s in the fleet.

The new aircraft will make an important contribution to Austrian Airlines’ environmental responsibility, increase profitability and represent an important long-term investment in the Vienna hub.

The A320neos will be operated by Austrian Airlines on continental flights and initially on routes to London, Amsterdam, and Frankfurt.

The new aircraft, with a capacity of 180 seats, will significantly enhance travel comfort on short- and medium-haul routes.

Thanks to the innovative Airspace Cabin and slimmer side walls, passengers will benefit from more personal space, especially in the shoulder area.

The new cabin concept also offers up to 60 percent more capacity for carry-on luggage. To enhance passengers’ well-being, the Neos count with a new, flexible lighting system that adapts to the natural biorhythm.

Depending on the phase of the flight and the time of day, the cabin and lavatories are bathed in warm reds or cooler shades of blue.

“Modern and fuel-efficient aircraft, as well as sustainable fuels, are the biggest levers to achieve our ambitious climate targets. We want to halve our CO2 emissions by 2030 and operate CO2-neutral by 2050, both on the ground and on board.”

The carrier expects to take delivery of more than a dozen Airbus A320neo aircraft in the near term, likely to be about 20 aircraft between 2022 and 2024, as well as about 10 Boeing B787-9 Dreamliners, which will primarily replace the aging Boeing B767-300ERs and some B777-200ERs.

The A320neo family of aircraft is a more fuel-efficient version of the A320ceo, which uses almost 15-20 percent less fuel, resulting in about 3,800-4,000 fewer tons of CO2 emissions per aircraft per year.

The engines powering the machine are quieter, and the reduced operating costs give it the ability to fly 950 kilometers (500 miles) longer or carry up to 2 tons more cargo than before.