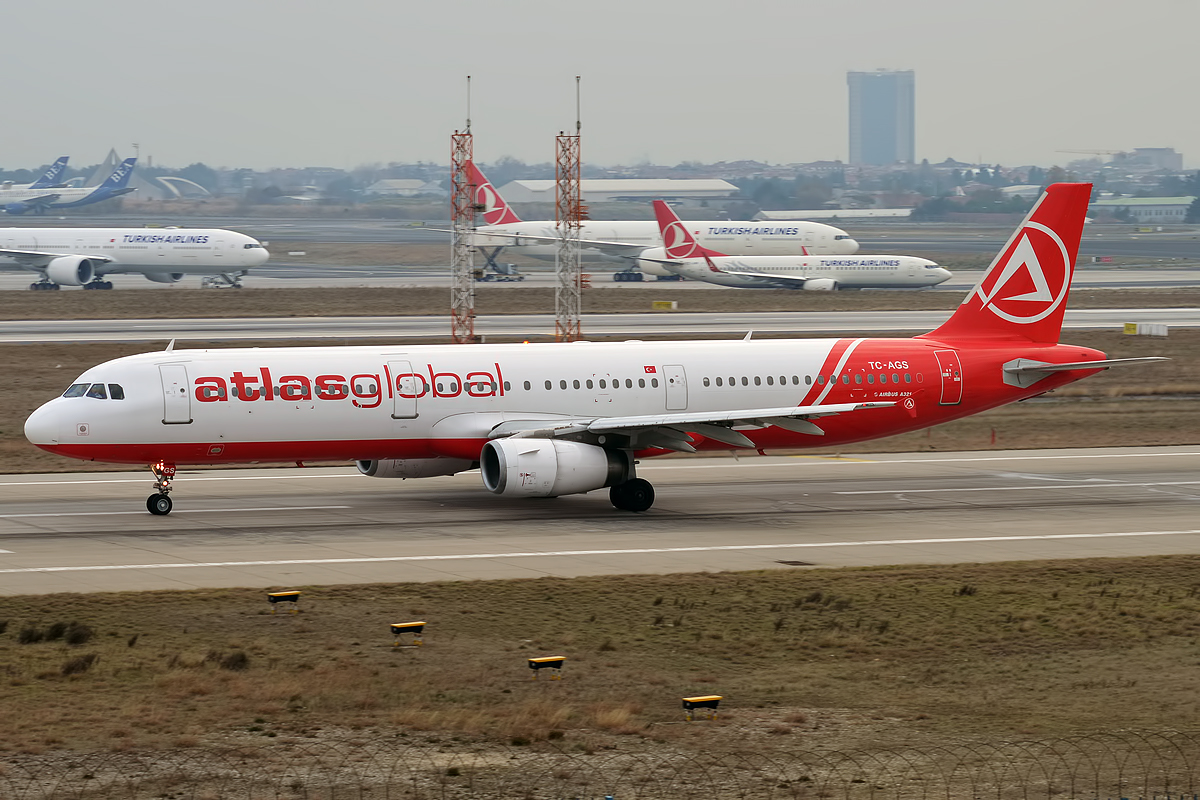 LONDON – Last week, it was announced that Vallair purchased an ex-AtlasGlobal Airbus A321 to be scrapped for spare parts.

MSN 1008 is the airframe in question, which was registered as TC-AGS when handed over to AtlasGlobal originally. Here is a detailed history of the airframe in particular.

MSN 1008 started out life as JA104A with All Nippon Airways in April 1999. By January 2007, the aircraft then started its new life with AirBlue as AP-BRJ.

From there, it went over to Onur Air in April 2012 as TC-OBR. The aircraft was then sent to Saudi Arabian Airlines on lease from Onur Air in December 2014.

By March 2015, the aircraft was then returned to Onur Air and stayed with the carrier for around 15 months before being handed over to AtlasGlobal in June 2016.

The aircraft was subsequently stored in November 2019 as OE-IIB under Irish Aircraft Leasing.

TC-AGS will be fully disassembled at Vallair’s facility in Montpellier. Armando Filho, the Director of Material Management for the company, said the following:

“Part of the Group’s strategy is to build and sustain a good-quality spares hub in France. We are fully committed to supporting this aircraft type for airlines, lessors, and asset managers,”

There is a quick turnaround on this scrapping, with the parts due to being made available for sale as early as the fourth quarter of this year.

Vallair’s Material Management team works in close partnership with the Teardown function and manages the processing of hundreds of aircraft parts every month alongside Vallair’s in-house aerostructures repair shop based in the Châteauroux facility.

Getting Rid of the Old?

It does seem to be the case that AtlasGlobal is slowly but surely getting rid of its older Airbus A321 aircraft.

Back in November last year, the carrier offloaded one of its Airbus A321s to Fly2Sky. From there, the aircraft was converted into a P2F airframe. Here is the story from January on this:

The two aircraft are set to be delivered during Q1 and Q2 of 2023, which continues the Dubai-based lessor on its particular focus of Airbus A320 aircraft.

Commenting on the news was Zach Young, Director of Sales & Marketing at 321 Precision Conversions:

“We are excited to have Aerovista as our latest A321-200PCF customer and appreciate their confidence in Precision as the market leader in large narrowbody conversions.”

Also commenting on the news was Yuiry Tokarev, VP of Asset Management at Aerovista:

“We are excited to be embarking on the next phase of our company’s growth stage and expanding our product offering with the latest A321PCF to offer to our clients.”

“Furthermore, we are delighted to partner with Precision Aircraft Solutions to deliver our first two freighters as they have a reputable and proven track record of successfully converting aircraft.”

The two aircraft that will be acquired by Aerovista are MSNs 1451 and 1503.

MSN1451 belongs to Aerovista and is currently LZ-MDF of Fly2Sky. The aircraft started out its life with Volare Airlines as I-PEKM in March 2001.

The frame then went on to Kibris Turk Hava Yollari in March 2004, before heading to Aigle Azur as F-HCAI in May 2007.

Then, around a year later, the frame went over to Atlas Jet, formally known as AtlasGlobal as TC-ATR, before heading over to Fly2Sky in November 2021.

The aircraft was then returned to the lessor in November 2019 to company Celestial.