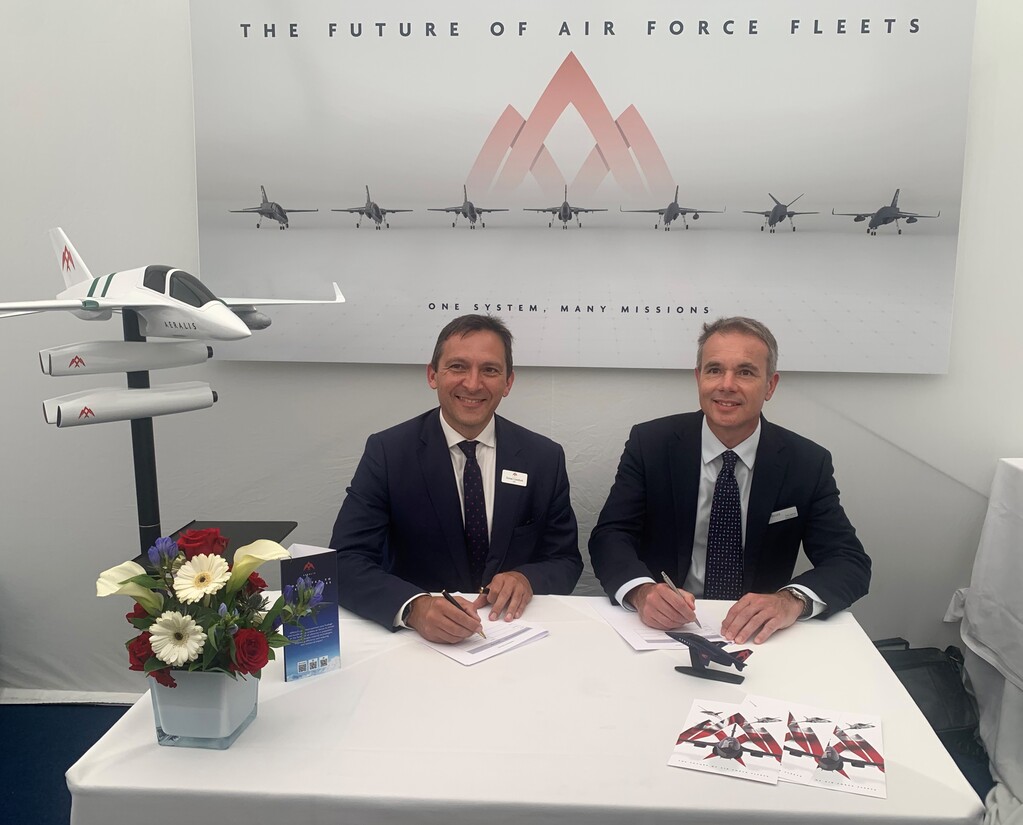 The two companies will collaborate to develop a futuristic military flight training system and explore delivery options for the system in the UK and overseas.

Bristol based staff from both companies will jointly analyse how a modern modular aircraft design could perform in a future aircrew training system. They will explore potential benefits such as lower acquisition and operating costs and modern avionic systems integrated with the ground-based training equipment.

The companies will also assess innovative training technologies, which will provide insight into the type of live/virtual training system design of the future.

Tim James, MD of Ascent Flight Training said: “This MOU is a fantastic opportunity for us to work with Aeralis in a conceptual way to envision flying training systems of the future in the UK and overseas.”

“Ascent Flight Training will use its extensive experience as the UK’s Military Flying Training System partner to work collaboratively with Aeralis to see how new and innovative training technologies can be integrated with a modern modular aircraft in a variety of future training system designs.”

Tristan Crawford, CEO of Aeralis said: “We are delighted to announce this MOU with Ascent as we push ahead with our innovative solution for the air force fleets of the future.”

“The opportunities presented by Aeralis have clear synergies with the future plans of Ascent for flying training and we look forward to developing and exploiting those opportunities as we move forward.”

Ascent Flight Training was appointed in 2008 to design and deliver a modern and efficient flying training system by the UK Ministry of Defence (MOD).

The company was created as a joint venture between Lockheed Martin UK and Babcock International.

UKMFTS replaced the legacy training fleet with modern platforms to better prepare our aircrew for the next generation of military aircraft. Ascent have the aircraft, synthetics and training devices needed to train the next generation of front-line aircrew of all three Services student aircrew are progressing through the new system.

The new aircraft will be based on a modular system, enabling the company to deliver a range of configurations for different missions.

This is achieved by using common fuselage and avionics while switching engines, wings and mission systems as required.

The company has completed phase one and phase two development, with feasibility studies complete and its core team established in preparation to develop a pre-production aircraft with first flight targeted within 3 years.