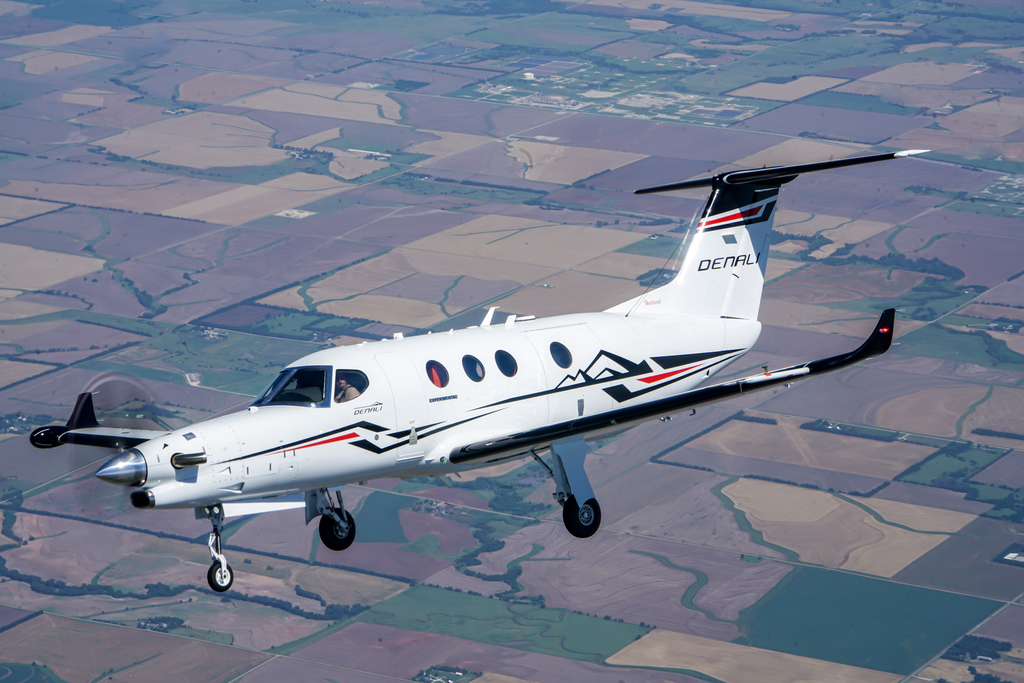 LONDON – The aircraft manufacturer Textron has cheerfully announced that it has completed a successful test flight of its 2nd prototype of the Beechcraft Denali on the 16th of June.

The symbolic test flight was concluded within 2 hours and one minute and reached a maximum altitude of 15,500 feet, with a maximum speed of 240 KTAS. As of the time of writing, the programme has logged more than 250 flight hours.

“This flight is another vitally important step for the Beechcraft Denali program as the aircraft will be used primarily for testing aircraft systems like avionics, cabin environmental control and ice protection.”

“The team has made great progress, accomplishing key goals in the flight test program, and the Denali team heads into the second half of 2022 with a great deal of momentum,” Chris Hearne Senior Vice President, Engineering & Programs stated.

Moreover, the Beechcraft Denali certification test flight observed by the FAA will include a 3rd test flight and three full airframe ground tests. This will mean the aircraft will expand its operational aims, focusing on testing aircraft systems, avionics, engines and overall performance.

Despite being like a doppelganger of the Pilatus PC-12, the aircraft is class-leading in its own right. The aircraft is designed to endure cruise speeds of 285 knots and carry a full fuel payload of 1,100 pounds.

The Denali Beechcraft is designed to be able to fly up to 1,600 nautical miles as its maximum range. This means that the aircraft can fly with 5 souls – that is 1 pilot and 4 passengers non-stop from Los Angeles to Chicago, Miami to New York or London to Athens.

The aircraft’s powertrain is the highly efficient  GE Catalyst engine, which can also be used with a blend of sustainable aviation fuel, like any other engines that are used for newer aircraft.

The aeroplane is also being driven by a new composite 105-inch diameter 5-way – blade, manufactured by McCauley.

The cockpit is equipped with Garmin G3000 navigational suite, which is extremely user-friendly for pilots. Garmin’s latest new integrated auto-throttle system is also equipped with the AFCS (Automatic Flight Control System) and FMS (Flight Management System), to control speed throughout the phases of flight efficiently.

The cabin of the new clean-sheet aircraft is a flat-floor design. This meant that Beechcraft Denali has one of the largest cabins in its category.

The cabin floor offers many advantages to the operator, it gives operational flexibility and can be configured for numerous missions: passengers, medevac and cargo.

The standard configuration comes with 6 individual seat recliners, for passengers to enjoy in a typical low-density configuration.