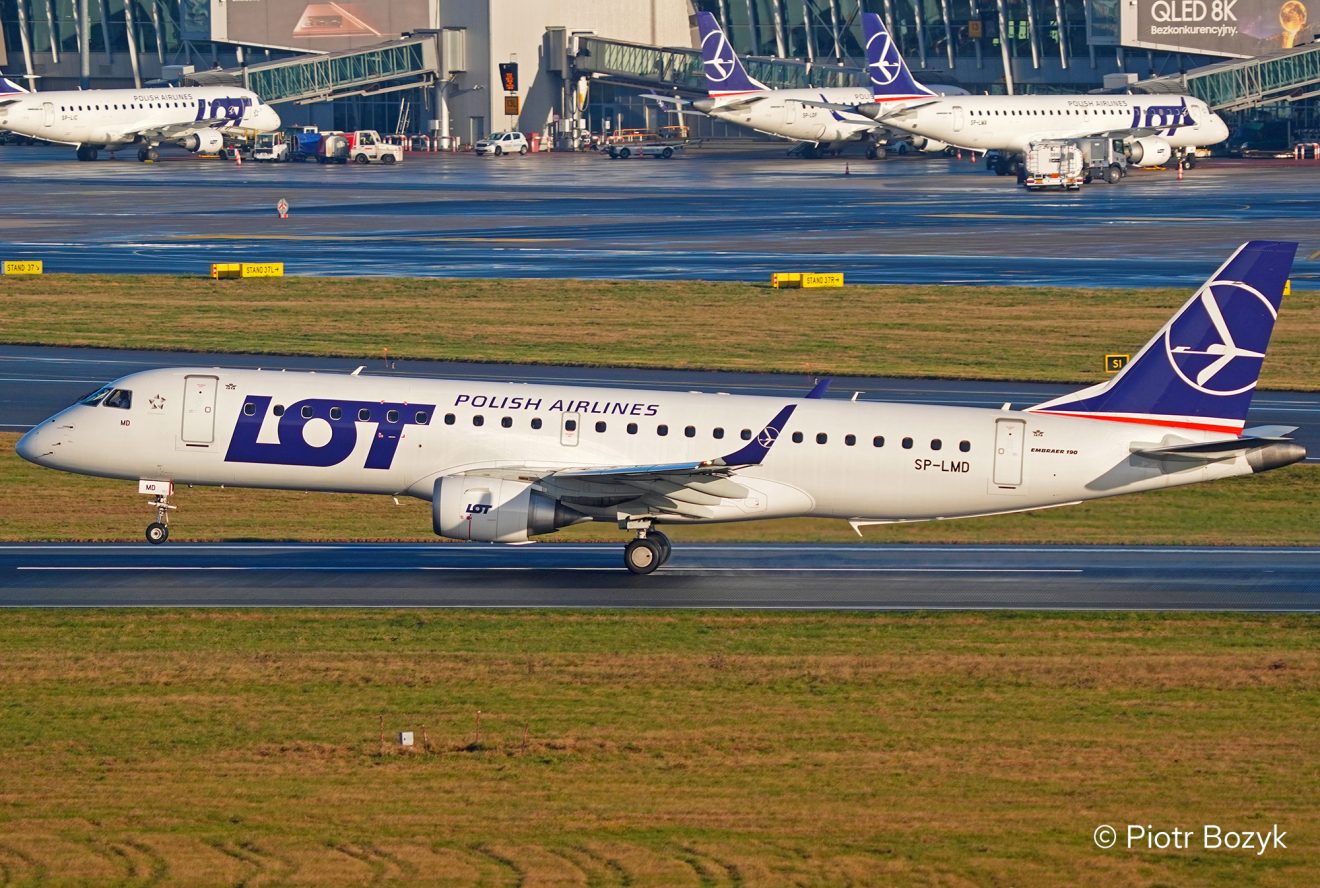 WARSAW – LOT Polish Airlines has acquired yet another fifth Embraer E190. This is also the 38th Embraer in LOT’s fleet. The additional aircraft will increase LOT’s capacity in the summer season.

The plane arrived in Warsaw on Sunday 24th of April.

Embraer (MSN19000271) and SP-LME registration, is leased from Nordic Aviation Capital (NAC). As a curiosity, it is worth adding that the same registration was once held by a Boeing 737-300 used by Centralwings (a subsidiary of LOT) in the years 2006-2008.

The plane was flown to Poland on 23-24 April this year with three stopovers.

The E190 in question was produced in 2009, at which time it was delivered to Azul Linhas Aéreas Brasileiras. Then, after being withdrawn by the Brazilian carrier, the aircraft was parked by NAC at Macon Middle Georgia Regional Airport from 2019 to 2022.

LOT’s new acquisition, like the other E190s, takes 106 passengers on board. According to a photo published on Jetphotos.com, the machine does not yet have LOT Polish Airlines colors, but it will probably receive them in Warsaw at the LOT AMS maintenance facility.

LOT uses all versions of the popular E-Jets: